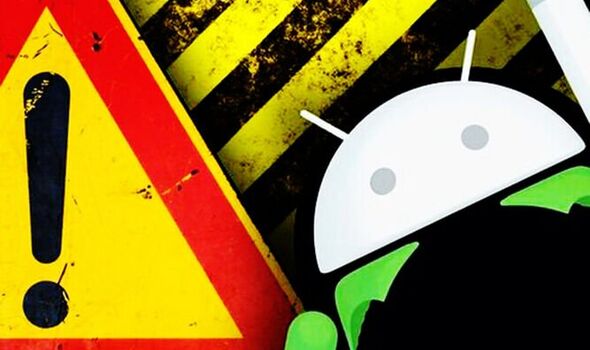 Everyone with an Android phone in their pockets must be aware of a shocking new attack that’s sweeping across the globe. This latest threat is particularly scary as it uses a relatively new tactic to infiltrate devices and fill them full of money-stealing malware. As most Android users will be aware, Google has strict rules about the apps it allows on its Play Store with software instantly banned if it’s found to break guidelines or feature any form of malicious code.

Cyber thieves are clearly aware of this and have now come up with a new way of installing their viruses onto Android devices. As spotted by the team at ThreatFabric, hackers are now uploading apps to the Play Store that abide by all of Google’s rules and contain no malicious code. In fact, they work as advertised leaving the user completely unaware that anything is wrong.

However, once installed, a pop-up message soon appears on the screen warning that the application needs a vital update. Instead of this upgrade coming via the official Play Store, phone owners are taken to third-party websites where malware is then deposited right onto the device.

By using this so-called “Dropper” tactic, it’s less likely that Google will discover the fake applications or remove them from its store.

Nearby Share: Android explain how mobile users can use feature

To make matters worse, the latest batch of dangerous apps have all been found to install the vicious Sharkbot and Vultur malware onto phones which are both fully capable of stealing bank details. Once this data is in the hands of hackers it can then be used to siphon money and make transactions without the owner’s permission.

ThreatFabric says that users in the UK, Netherlands, Italy and Germany have all been targeted by these attacks with hackers getting a high level of success.

According to Threat Fabric, these new campaigns have been very active in the last few months, reaching thousands of potential fraud victims.

In fact, it’s thought that the latest set of Android “Dropper” apps have already been downloaded over 100,000 times making this a serious issue.

Speaking about the new attacks, Threat Fabric said: “Malicious dropper applications still find their way to sneak in the official store despite the changes made to the policy and security mechanisms. Distribution through droppers on Google Play still remains the most “affordable” and scalable way of reaching victims for most of the actors of different levels.

“Such way of distribution of Android banking Trojans is very dangerous as victims may stay unsuspecting for a long time and may not alert their bank about suspicious transactions made without their knowledge.”

Before downloading any apps, it’s a good idea to check the reviews and look out for negative comments.

Once installed, be careful about updating the app especially if the application starts directing you to websites that have no affiliation with the Play Store.

Hoping for a tidy profit? Junk-filled house on Rightmove for £210,000

Big news for Dexter fans curious about the show’s return

29 Old Navy Gifts That Are So Good, We’re Ready to Buy Two and Wrap One Up For Ourselves