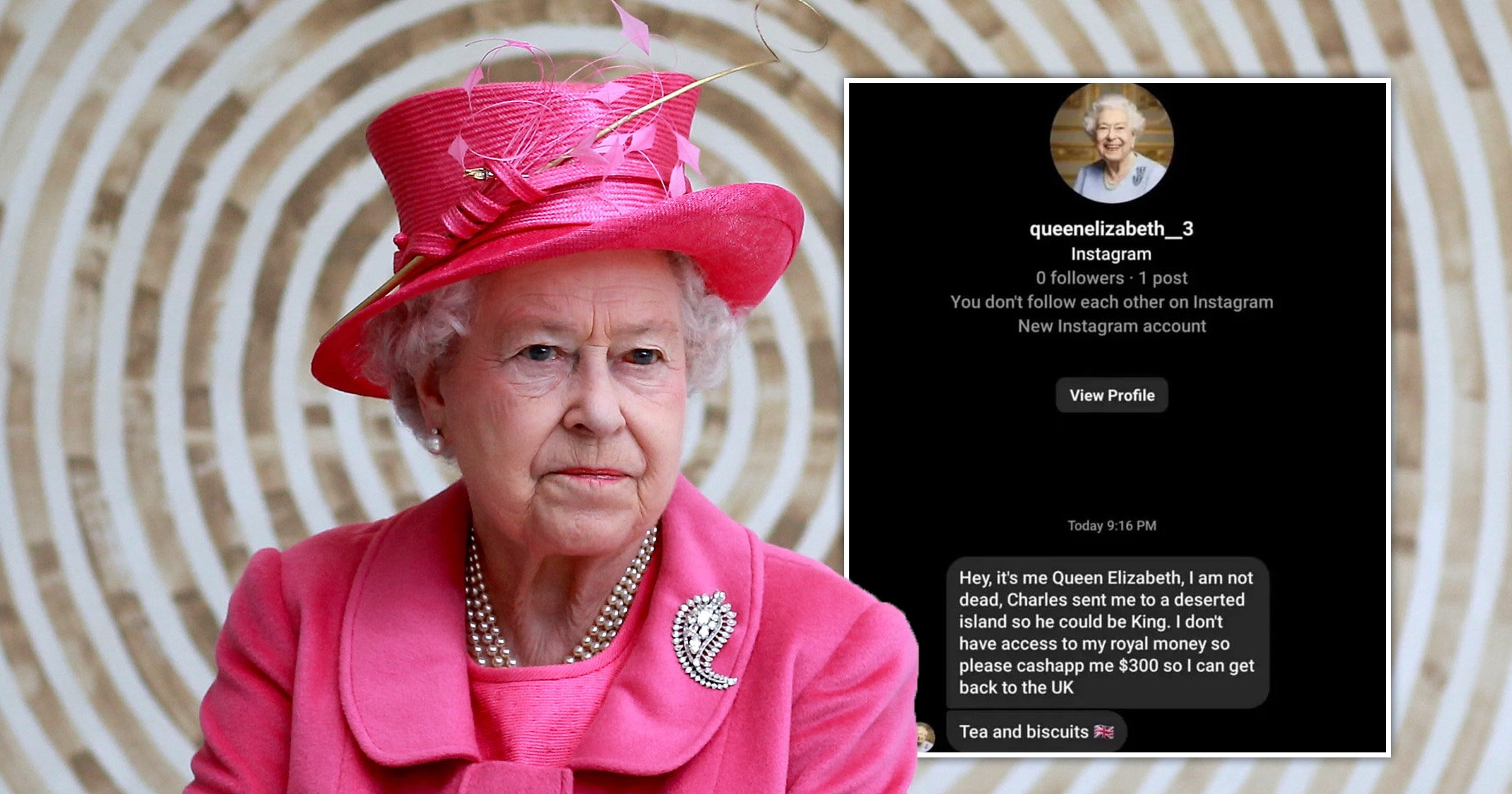 As Queen Elizabeth II is laid to rest, the country looks ahead to the reign of a new monarch, King Charles III.

Despite days of mourning and a state funeral watched by millions, apparently fraudsters reckon they can trick people out of money by pretending the Queen is still alive.

It consists of an Instagram direct message purportedly from the Queen herself.

The account uses the handle @queenelizabet._3 and follows just three other accounts, two of which are Instagram and the Royal Family.

The message claims the Queen isn’t really dead, but has been sent to a deserted island by Charles so he could claim the throne.

Stay with us here.

Apparently, ‘the Queen’ can’t get hold of her ‘royal money’ so needs the recipient of the message to cashapp (a mobile payment service) her $300 so she can get back.

For added effect, the scammer adds a ‘Tea and biscuits’ message with the Union Jack flag, just to reaffirm how authentic it is.

As you’d expect, the scam got the derision it deserves from the internet at large.

In many cases the message in suspicious DM or email aren’t as dangerous as the links or files they contain. Clicking on links or attachments might cause your device to download malicious software.

So before you click on any links, make sure you check the URL.

If you’re still suspicious of a link or a file, just don’t click on it at all.

3. Use strong, unique passwords, as well as two-factor authentication

This one might seem obvious, but using weak passwords across multiple accounts is still a common pitfall of many users.

Twitter recommends using a password that’s at least 10 characters long and contains a mix of uppercase and lowercase characters, as well as numbers and symbols.

It’s also important to use different passwords for different accounts. Otherwise, as soon as one is compromised, the others will be vulnerable too.

If you struggle to remember all these logins, it might be worth investing in a password manager like Dashlane or OnePass that remembers them for you.

Two-factor authentication, where you’re asked to enter an extra code sent to your email, mobile phone number or an authentication app, will also add another layer of security to your account.