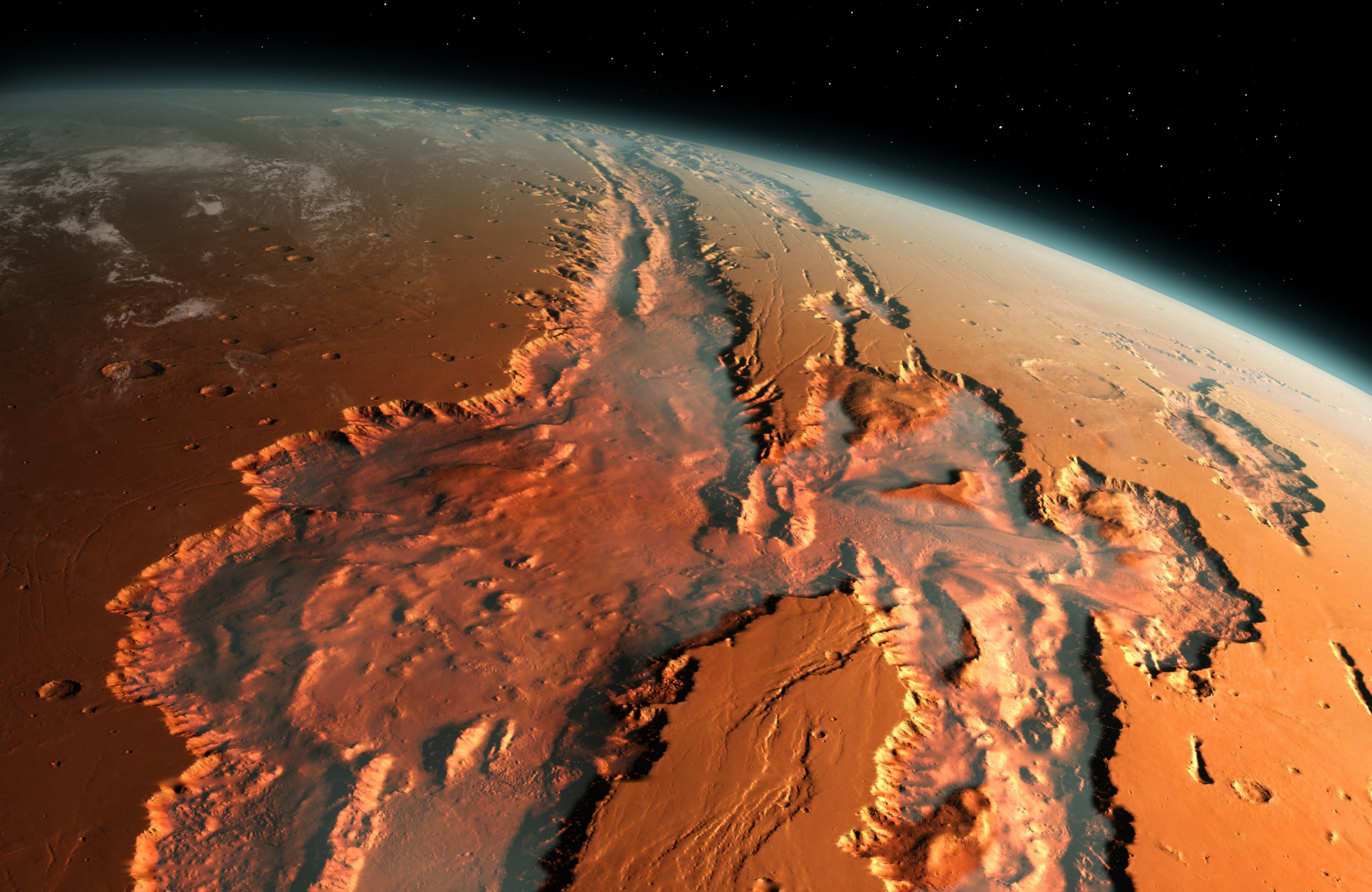 The largest canyon system in the Solar System, the Valles Marineris, stretches nearly as far as the entire length of the mainland US.

The images were created using data gathered by the European Space Agency’s Mars Express mission. Mars Express is an orbiter probing the Red Planet from space.

The latest batch of images show two giant trenches called the Ius Chasma and the Tithonium Chasma in detail. The Ius is more than 520 miles long, while the Tithonium is about 500 miles long.

At over four miles deep, the walls of the trenches would dwarf some of Earth’s largest mountains if they were placed inside. Mont Blanc — the tallest in the Alps, for example — stands a measly three miles above sea level.

Unlike the Grand Canyon, which was formed gradually by the flowing waters of the Colorado River, the Valles Marineris was created by intense tectonic activity.

Two plates are thought to have drifted apart, leaving the enormous canyon system in their wake.

Further evidence of the planet’s violent tectonic history may be visible in dark sand at the top of the Tithonium Chasma. Experts think it may have come from the nearby Tharsis volcanic region.

Two enormous mounds sit by the dark sand dunes. They are roughly the same height as Mount Hesperus in Alaska: the tallest of the Revelation Mountains.

They have been worn down over time by the force of Mars’ winds, which means they’re likely made of a weaker substance than the other rock around them.

Smaller bumps in the surface nearby may even have been left behind by evaporating liquid, but this is still a relatively controversial claim.

A second image of the chasma reveals evidence of a landslide caused by the violant collapse of a canyon wall.

Ius Chasma is also filled with evidence of dramatic activity, with a jagged pattern of rocks on its floor a remnant of giant tectonic plates pulling apart.

The Mars Express mission, which began in 2003, will continue until at least December this year.

Cowboy Boots Aren't Going Anywhere This Spring — in Fact, They're Better Than Ever

COVID-19 variant spreads to all 50 US states, experts warn of vaccine shortages