MENLO PARK, Calif. — Beeban Kidron, Silicon Valley’s latest antagonist, sat on the patio of a boutique hotel near Facebook’s headquarters recently, camouflaged in the local uniform of jeans and sneakers.

A member of the House of Lords, she had just flown in from London to attend an international meeting hosted by the social network. And now, in a hotel thronging with tech executives, she was recounting her plan to overhaul how their companies treat children.

The problem, as Baroness Kidron sees it, is that apps like YouTube and Instagram use data-fueled enticements — such as tallying “likes” and automatically personalizing videos that play one after another — to get youngsters hooked on their services. Children, she says, are no match for the turbocharged influence tactics, and often stay glued to the services even if doing so makes them unhappy.

“The idea that it’s O.K. to nudge kids into endless behaviors, just because you are pushing their evolutionary buttons — it’s not a fair fight,” Lady Kidron told me, as she sat a few tables away from a Facebook policy executive. “It’s little Timmy in his bedroom versus Mark Zuckerberg in his Valley.”

Her goal is to counter that power dynamic, so that children’s rights and protections in the digital world more closely resemble those in real life. And she’s not just talking about it — she is changing the law.

Lady Kidron, who was born a commoner, helped lead a campaign to remake how Facebook, Google and other tech companies treat children online in Britain. Two years ago, she persuaded her peers in Parliament to push through sweeping new rules meant to stop online services from exploiting children’s personal data to manipulate their behavior. The changes are meeting fierce resistance, with tech companies and trade groups lobbying to weaken the new rules before they are codified this year.

Lady Kidron’s efforts are part of a drive by lawmakers and regulators on both sides of the Atlantic to rein in the immense power, and data abuses, of Big Tech. Amid that intensifying scrutiny, some officials have zeroed in on the companies’ treatment of children.

In March, Senators Edward J. Markey, a Massachusetts Democrat, and Josh Hawley, a Missouri Republican, introduced a bill to strengthen children’s online privacy. In July, the Federal Trade Commission said it was considering updating a children’s privacy rule to keep pace with advances in technology. Also last month, Senator Hawley introduced a “social media addiction bill” that would require online services to turn off “nudging” techniques like autoplaying videos — an effort that seems inspired by the new British rules.

It took a long time for Silicon Valley to see Lady Kidron coming. That may be because she does not fit the mold — privacy advocate, remorseful former tech executive — of a typical industry challenger.

Lady Kidron, 58, says she developed her antennae for power, and how people wield it, as a child in London. While healing from surgery to repair a cleft palate when she was 10 years old, she was not allowed to run or speak. To communicate, she carried around a pencil, a notebook and a horn — “like Harpo Marx,” she said. 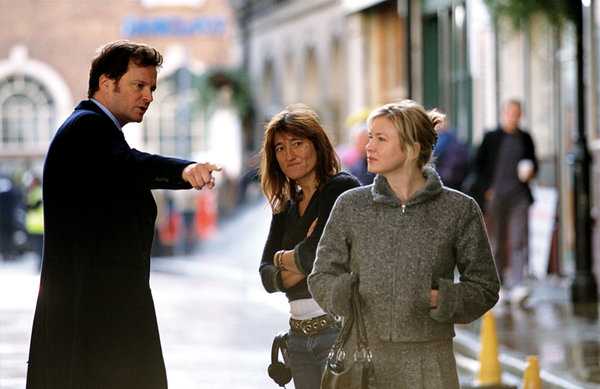 She channeled that interest in power dynamics into a career as a filmmaker. She alternated directing popular feature films — “Bridget Jones: The Edge of Reason” — with making documentaries on social justice issues like child prostitution in India.

In 2012, she was one of two commoners nominated to serve in the House of Lords, an appointment that came with the lifetime aristocratic title of baroness. That year, Lady Kidron decided to make a documentary about children and the internet, “InRealLife.”

She spent months embedded with tweens and teenagers, sitting next to them as they lived their digital lives. They exchanged messages with friends, fell in love with strangers, were bullied, watched pornography and played video games. The documentary features the children describing how they felt simultaneously interested, hooked, influenced and repulsed by online services.

“I was worried about some of the feelings they were having,” Lady Kidron said.

By 2014, Lady Kidron had started a foundation, 5Rights, to promote children’s digital rights. But she felt frustrated with major tech companies. They scrambled to handle one problem after another for children on their sites, she said, but appeared unwilling to make major changes to try to avert such problems in the first place. She concluded that the only way to give children more privacy, more freedom and more control over their online experiences was through regulation.

In 2017, she proposed the idea of children’s online protections in Parliament as an amendment to a national data protection bill. The bill generally called for protections for children’s data, but Lady Kidron pushed to detail those protections.

In real life, “we’ve already decided that children have rights,” Lady Kidron said. “For me, it’s all a part of just making tech normal.”

The proposed rules are called the Age Appropriate Design Code. Among other things, they would require that online services turn on by default the highest privacy settings for all minors, preventing things like automated location tracking. They would also require the services to automatically turn off techniques that could push children to stay online longer or provide the companies with more personal data than necessary.

The changes present a challenge to platforms like YouTube and Instagram, which have said their services are not intended for people under 13 — even though tens of millions of children use them. The British code would apply to all online services, including social networks and messaging apps, that are likely to have users who are under 18.

“It is provocative to technology companies,” Ms. Denham, the information commissioner, acknowledged. “It is going to change systematically, and on a systems level, how services are delivered for kids.”

The tech industry is pushing back, saying the code is too broad and so vague that it will be difficult to comply with.

In particular, companies have objected to the code’s definition of a child as a person under 18 — instead of, say, 13 or 16. They have also objected to applying the protections not just to children’s sites but to all sites in Britain that are likely to have minors as users. A children’s online privacy law in the United States, by contrast, applies only to nursery rhyme apps and other services directed at children under 13.

Industry and civil liberties experts also warn that the code could reduce user privacy, the opposite of its intended outcome. To comply with the code, these critics say, apps might need to collect more information about users to determine their age.

Facebook, which owns Instagram, said it had held discussions with the Information Commissioner’s Office about the children’s code. Last month, the company hosted a design challenge to create ways to show teens online how their data is being collected and used.

“Facebook works with parents, experts, and policymakers to ensure that privacy and safety measures are in place to protect teens and limit the ways young people can be targeted by advertisers,” said Jay Nancarrow, a Facebook spokesman. “We are committed to continuing this work.”

Google, which owns YouTube and offers an app to help parents control their children’s internet use, declined to comment.

In public comments filed with Ms. Denham’s office last year, the companies said parents should be the ultimate arbiters of their children’s internet use. Facebook also warned that strict new standards might inadvertently push young people to use untrustworthy services that ignored the rules.

“The code is trying to break new ground and being very ambitious,” said Vinous Ali, the head of policy for TechUK, a trade organization in London whose members include Amazon, Apple, Google and Facebook. “Yet it is not taking a very targeted, narrow approach to where the harms are.”

Lady Kidron and Ms. Denham said some companies seemed not to have processed the idea that under the new rules, their businesses would need to put the best interests of children above their corporate bottom lines.

“What I haven’t heard from the companies is acknowledgment about the kind of practices that are in place right now to keep kids’ eyes online,” Ms. Denham said, practices “that push for a quantification of friends, that enable more data-mining, that treat our kids like commodities.”

Back at the boutique hotel, it was time for Lady Kidron to head to her room. She was meeting the next day with Nick Clegg, Facebook’s global policy head and a former deputy prime minister of Britain, to discuss the company’s objections to the children’s code. And she wanted to prepare.

“The main thing they are asking me is: ‘Are you really expecting companies to give up profits by restricting the data they collect on children?’” she said, referring to various online services she had met with this year. “Of course I am! Of course, everyone should.”

As she arose from a rattan couch and crossed the largely empty hotel patio, a Facebook policy lawyer spied her and came over to welcome her to Silicon Valley.

“Am I really welcome?” Lady Kidron asked pointedly in a comment that was half charm, half stiletto.

“You are always welcome,” the lawyer said.

The conversation quickly finished, and Lady Kidron, still mulling the comment, moved off toward the lobby.

“The more trouble you are,” she concluded, “the more they say that to you.”

Natasha Singer covers privacy for The Times. She also teaches tech ethics at The School of The New York Times, the company’s pre-college program. @natashanyt

Interested in All Things Tech? Get the Bits newsletter for the latest from Silicon Valley. And sign up for the personal tech newsletter for advice and tips on the technology changing how you live.

Eve Says Goodbye to 'The Talk' — See Her Emotional Farewell!