Home » Technology » The most anticipated video games of 2023

2022 was a great year for video games, but 2023 promises to be even better. From big budget productions — many of which are finally exclusive to the PlayStation 5 and Xbox Series consoles — to cult favourites in the making, the calendar is already filling up with major releases.

We’ve tried to pick games with firm 2023 release dates, though there’s always a chance some will be delayed into next year. And, of course, there will be plenty of excellent games released this year that we don’t even know about yet, especially on the indie front. With that said, here’s what’s on our most anticipated list. 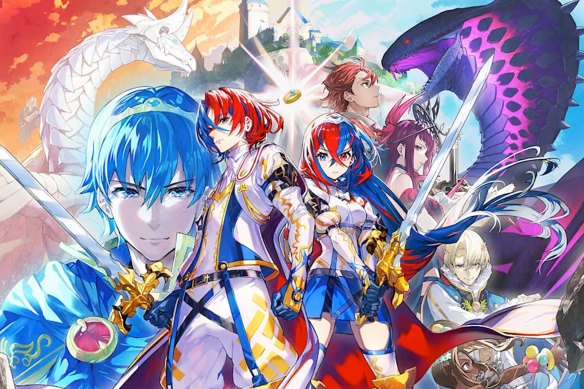 Fire Emblem Engage kicks off a big year for Nintendo.

Switch, January 20, Rated M The year’s first major game Engage is the latest in a 30-year series of tactics games, and the second for Switch following 2019’s Three Houses, which was a high sales watermark. Expect strategic warfare, relationship management and political intrigue, with a dash of nostalgia as Engage sees the return of past heroes. 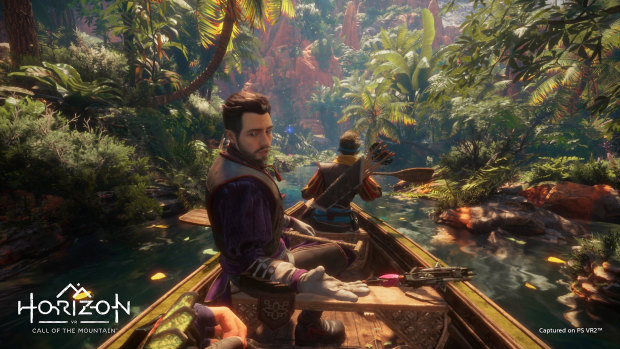 The new PlayStation VR headset launches with Horizon: Call of the Mountain.

Horizon: Call of the Mountain

PSVR 2, February 22, Rated M Sony’s PlayStation VR2 is a high-end and expensive headset, costing more than the PS5 console that powers it. But footage we’ve seen at least shows the games will be pretty. Launch title Call of the Mountain puts you in the world of Horizon, battling robot dinosaurs with a bow.

PC, PS4/5, Xbox Series, March 24, Rated R18+ Capcom’s already produced incredible remakes of RE2 and RE3, so horror fans are hopeful it can do just as well with RE4; a much bigger, more ambitious and near-universally beloved 2005 adventure that influenced a generation of spooky shooters (like Dead Space, which coincidentally is also being remade this year). 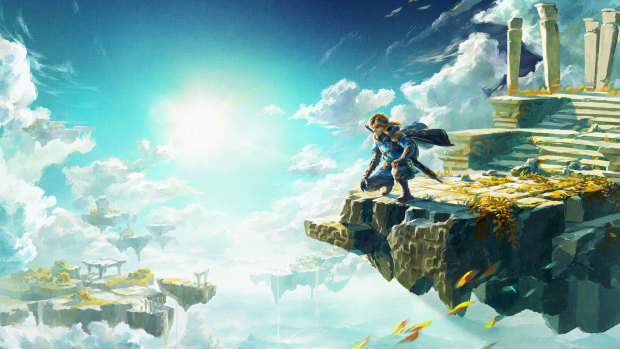 Tears of the Kingdom is the sequel to the best-selling Zelda game to date.

The Legend of Zelda: Tears of the Kingdom

Switch, May 12, Rated M There’s never been a better launch title than Breath of the Wild. And now, six years later, a new Legend of Zelda brings things full circle for the ageing Switch. The project started as a sequel, but knowing Nintendo we suspect this open-world adventure will be fundamentally distinct and surprising.

PC, PS5, Xbox Series, May 26, Not rated, likely MA15+ We still know tantalisingly little about this co-operative multiplayer open world game from the creators of the Batman Arkham series, except that we’ll be hunting brainwashed heroes-gone-bad as DC supervillains Harley Quinn, King Shark, Deadshot and Captain Boomerang. Here’s hoping it takes it easy on the battle passes and microtransactions. 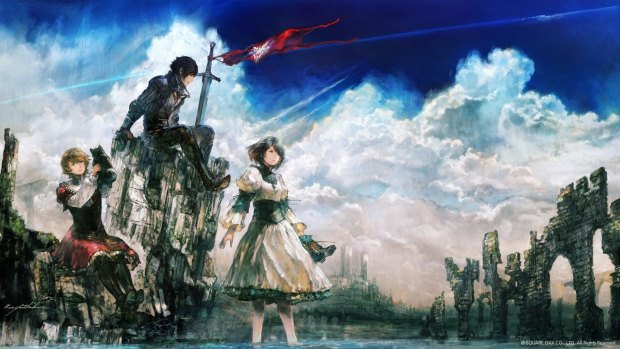 Final Fantasy XVI is aiming for a blend of the new and the traditional.

PS5, June 22, Not rated, likely M Returning to the series’ original fantasy aesthetic — as distinct from the gloss of XV or the steampunk VII Remake — the latest Final Fantasy takes an action-forward approach to combat, adapting its magic and summons to a flashy fighting system more akin to that found in Devil May Cry.

PC, PS4/5, Switch, Xbox Series, June 2, Not rated, likely M This once-ubiquitous series has lost its way in the eyes of both casuals and pros. But since SFV’s troubled launch, the game has grown by leaps and bounds to provide a solid foundation for a new entry. SF6 promises classic arcade action, plus an expansive adventure mode and social features. 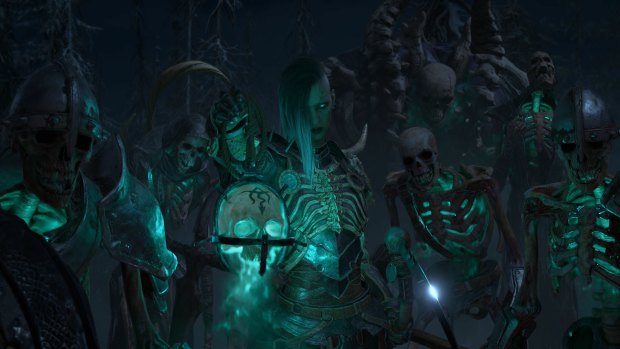 PC, Xbox Series, TBC, Not rated, likely MA15+ From Arkane, the creators of Dishonored, comes this co-operative shooter pitting four distinct heroes against a legion of vampires. Expect the usual Arkane mix of traditional weapons and magical abilities, this time with a focus on synergy between players. There’s a solo mode if you want to go it alone. 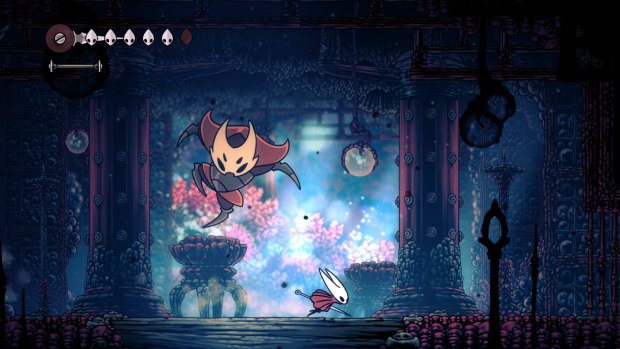 PC, PS4/5, Switch, Xbox, TBC, Rated G This sequel to an Australian-made cult classic has been a long time coming, as Team Cherry’s ambitions for it have grown from an addendum to a bigger, more complex follow-up. New protagonist Hornet is more acrobatic and deadly than the previous knight, but she’s also up against much fiercer foes.

PC, PS5, Xbox Series, TBC, Not rated, likely M A dark and literary psychological horror adventure, Alan Wake was a unique experience in 2010. And after the character’s surprise involvement in 2019’s Control, it’s time for the wannabe Stephen King to finish his manifesto, in a game creator Sam Lake has promised will ratchet up the tension and scares. 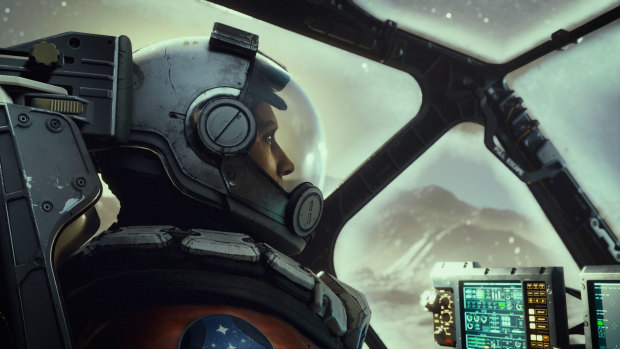 Starfield could be the ultimate game for sci-fi fans.

PC, Xbox Series, TBC, Not rated, likely MA15+ Known for Skyrim and Fallout, Bethesda Game Studios is starting a new franchise for the first time in 25 years. It’s still rich with quests, customisation and opportunities to go off the beaten path, but this time it’s in a futuristic sci-fi setting with more than 1000 planets to explore.

PC, PS4/5, Xbox, TBC, Rated R18+ Set in 9th-century Baghdad, this thirteenth main entry in Ubisoft’s biggest series is set to return to its stealthy, linear roots after a trilogy of open world role-playing games. It follows Basim Ibn Ishaq, a character originally introduced in AC Valhalla, as he progresses from thief to master assassin. 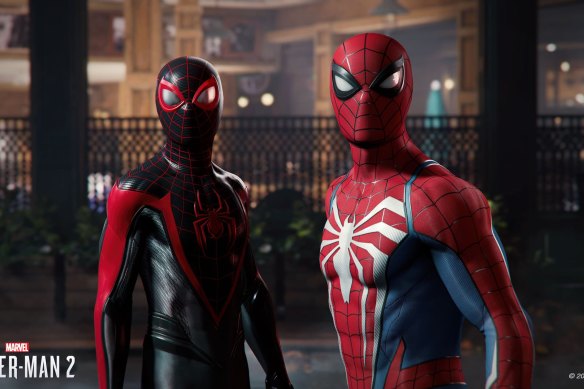 Peter Parker and Miles Morales team up against Venom in the next Spider-man game.

PS5, TBC, Not rate, likely M Insomniac’s 2018 Spider-man remains the greatest Marvel game, and the Miles Morales follow-up was also stellar. All we’ve seen of the sequel is a teaser of both spider-men taking on Venom, but between this series and Ratchet & Clank the team has proven itself worthy of our trust and anticipation.

Lysette Anthony has new look and hair after Hollyoaks axe