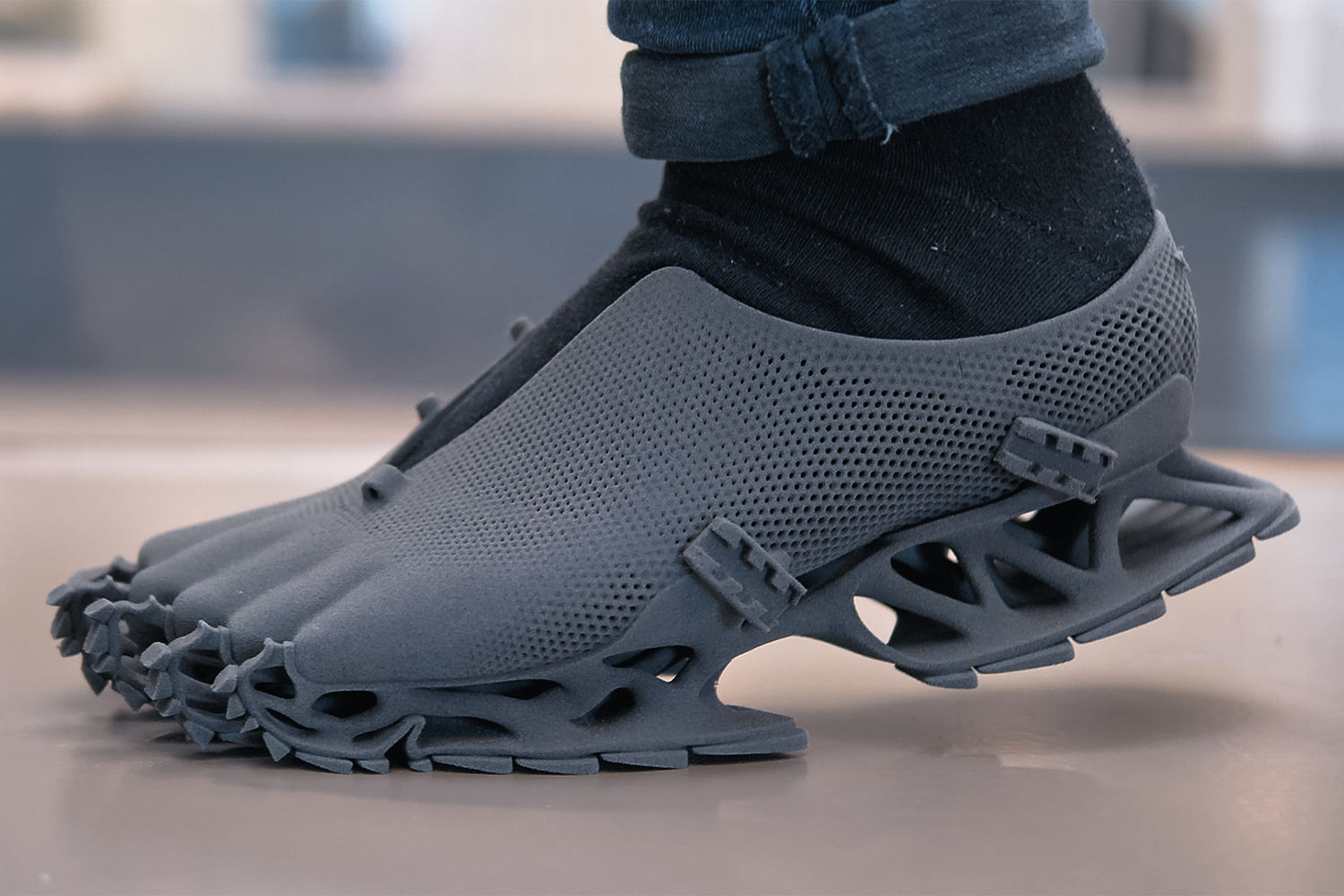 The shoes invented by architect Stephan Henrich are called ‘The Cryptide’ and consist of a sole with an open design that has been combined and printed together with an upper shoe that resembles a sock.

The creation was inspired by the mythical Cryptids, or fantasy creatures like Bigfoot or the Loch Ness monster.

‘If you wear this shoe, you will leave traces like a cryptid would do’, said Henrich.

His design was specifically made to be printed on a 3D printer called the Sintratec S2 system with a single material: the rubber-like Sintratec TPE elastomer.

‘I think TPE is a great material for designing shoes’, said Henrich.

The system used to print the show has previously been used by automotive giant Daimler for 3D printing bus and truck spare parts.

Most recently, a student team at ETH Zurich designed a functional electric motorbike using the system.

Now, Henrich is utilizing the S2 to fully 3D print his unique shoe design in order to allow the shoe to be customized to an individual wearer’s foot.

Besides their unique appearance, these shoes are also supposed to be comfortable with their varying wall thickness on specific parts of the footwear, stiffer in some parts and flexible in others.

Having previously carried out numerous 3D printing and robotics design projects, Henrich describes his work as sitting ‘at the section of architecture, narration, design, and robotics’.

While Henrich has unveiled his completed creature-like 3D printed shoe, it is unclear whether the sneaker will become available for purchase to the general public any time soon.

With a Glut of Stand-up Comedy One-Offs, It May Be Time to Rethink Emmys’ Specials Category (Column)