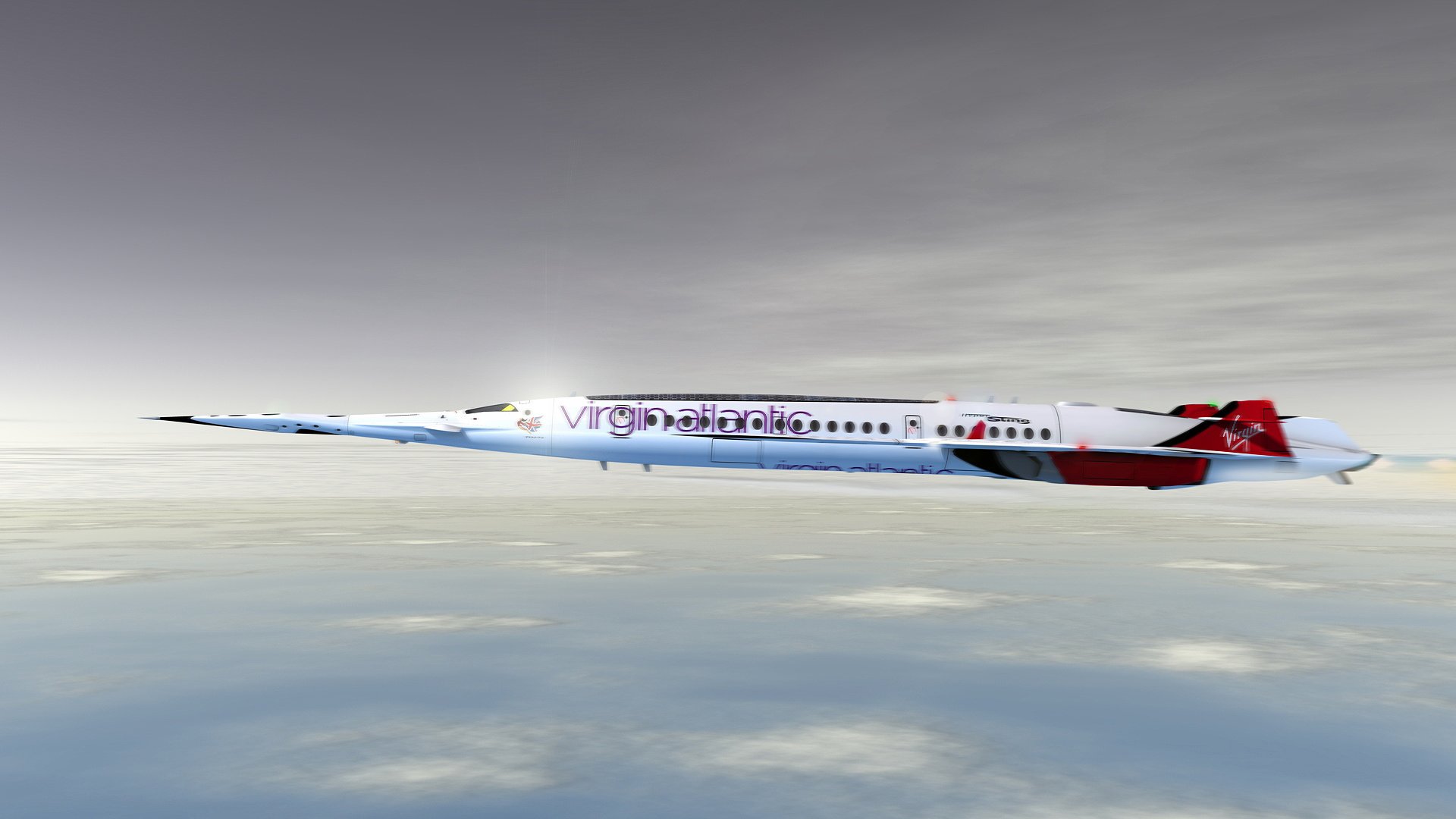 A Spanish designer has unveiled a jaw-dropping design for a new supersonic plane that could get from London to New York in 80 minutes.

The Hyper Sting is a new concept for future supersonic commercial airplanes that would travel at 2,486mph. That’s almost twice that of Concorde, which took its lst flight nearly two decades ago.

He explained that a Mach 3.5 capability would be thanks to innovative systems like a so-far theoretical cold fusion nuclear reactor.

This would power two ramjet engines and four next gen hybrid turbojets.

At 328 feet, the Hyper Sting would be over a 100 feet longer than Concorde, and have a wider wingspan of 169ft compared to Concorde’s 85 feet.

‘Concorde was a brilliant piece of machinery, a noble experiment, but it put too much emissions in the environment, too much noise into our communities, and was too expensive to operate,’ said Viñals.

‘A new era of supersonic flight might be just around the corner, but there are challenges to overcome when it comes to flying faster than the speed of sound,’

‘Today, there are some projects for a new era of supersonic flights from different private and public initiatives, some of those are well underway and could become in few years in a real concept,’

Viñals says his design’s name is influenced by the shape of the aircraft.

‘The fuselage would have the shape of a “big sting” with a very sharp “nose”, that would have the function to control the front airflow (pressure/speed), inorder to redistribute it over the central part and over the wings,’ said Viñals.

The Barcelona designer believes his concept is feasible, but would need advances in technology.

‘Supersonic flights will return, but in this case due to some very innovative systems, like the cold fusion reactor, the date of a possible production, would be over 2030 and the cost would not be cheap,’

In August, Sir Richard Branson-backed Aviation firm Boom Supersonic announced its Overture jet which can fly at 1,300 miles per hour, more than twice the speed of a typical commercial plane.

Companies including United Airlines, American Airlines and Japan Airlines have all ordered Overture planes for their fleets.

This guy's crazy 5G smartphone speed will amaze and annoy you