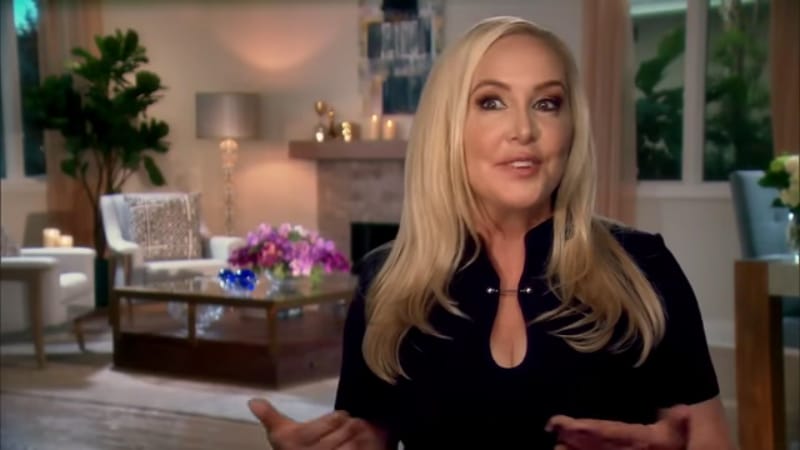 In true Real Housewives of Orange County fashion, Shannon Beador and Tamra Judge inserted themselves into the Alexis Bellino divorce drama and for their efforts, her soon-to-be ex-husband slapped them with a $1 million lawsuit. Shannon is laughing at the claims in her response though because she thinks Jim Bellino didn’t have a reputation to tarnish in the first place.

It all started when Jim Bellino sued both Shannon and Tamra for defamation. He was not happy after the RHOC costars started talking about his trampoline business.

He wants more than $1 million for the damage Jim claims that Shannon and Tamra inflicted. He says they did irreparable harm to his reputation and damaged his business by spreading lies.

They allegedly spread stories that customers were paralyzed because of his bad business. The pair is also accused of claiming that Jim was headed to jail.

It turns out that Shannon Beador already responded to the lawsuit according to The Blast. Shannon says that everything she said about Jim and his business was the truth. She went further to claim she couldn’t possibly ruin Jim Bellino’s reputation because it’s already about as bad as it can get.

And in case anything was said that wasn’t true, Shannon isn’t copping to actually saying it. But if she said it, then her lawsuit response says she wasn’t being serious, instead blaming the potentially slanderous statements as “humor, satire, parody, and hyperbole.”

Shannon is asking that the case gets dismissed. The Real Housewives of Orange County star is also asking Jim to foot her legal bill for all the trouble.

Broadchurch season 4: Will there be another series on ITV?