Home » TV & Movies » All of ‘Star Wars’ Hinges on One Moment in ‘The Phantom Menace,’ According to Dave Filoni

The Disney+ docuseries, Disney Gallery: The Mandalorian is a fantastic watch for those who are fans of The Mandalorian, but also just for fans of Star Wars in general. Especially with Episode 2, the documentary goes into George Lucas’ legacy and the legacy of his characters. Dave Filoni, who is known and loved for his work on Star Wars: The Clone Wars, has so much good insight into those topics (along with the franchise in general). One moment he points out, in particular, is in The Phantom Menace. While it’s the first episode, it’s not always highly regarded but it carries most of the franchise, Filoni said. 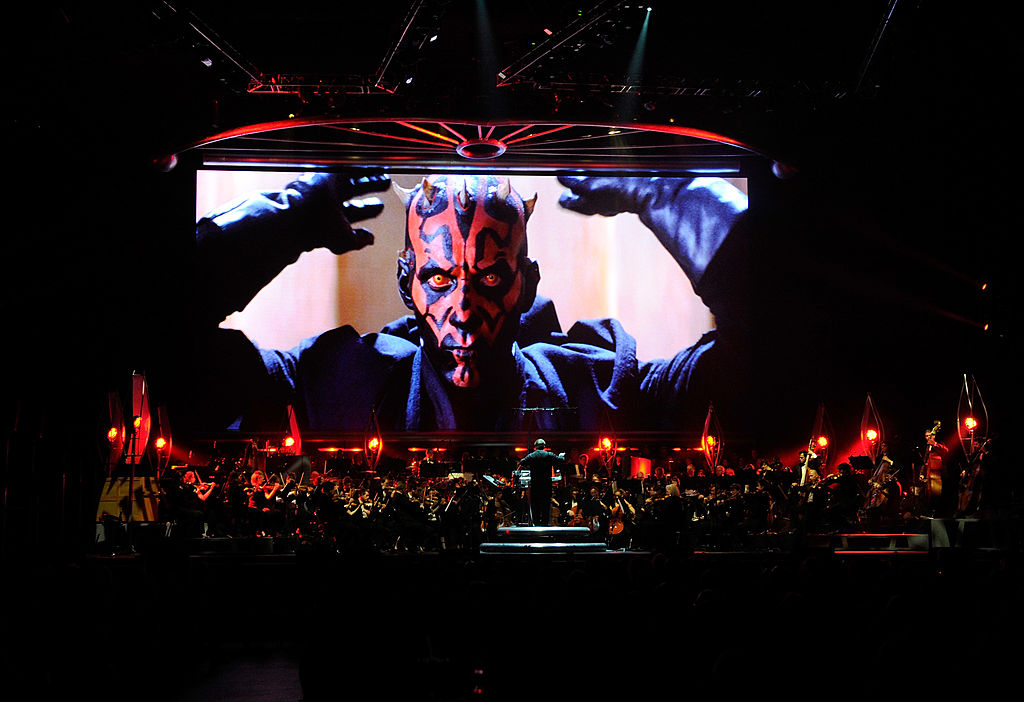 The last segment of the second episode is about the “hero’s journey.” There are many heroes throughout Star Wars, whether they succeed or fail. And from the get-go, Anakin Skywalker is the proposed hero (in chronological order, that is). For Filoni, he always thought the prequels were an “impossible task,” trying to piece together Anakin’s youth and how he grew up to become Darth Vader. But it actually all hinges on one of the most epic fights in all of Star Wars: the Duel of the Fates.

He shared that he particularly loves that duel because it does a few things. For one, it shows how good George Lucas is at “crafting why [a] fight’s important,” Filoni said. He gives an example from the original trilogy.

“The Obi-Wan, Darth Vader fight [in A New Hope] isn’t the most wonderfully staged… combat that you’re ever gonna see,” Filoni said. “But there’s so much at stake, it’s so beautiful when Obi-Wan dies that we all feel like Luke.”

While the staging and choreography are ramped up throughout the prequels, those stakes are still high, which gives the fight against Darth Maul so much more weight.

Anakin was only a nine-year-old boy at the time, but Qui-Gon Jinn already had so much hope in the boy’s future. Darth Maul and the newly risen Sith were putting a stop to Qui-Gon’s plans, and the fate of the galaxy isn’t the only thing at stake.

“[Qui-Gon’s] fighting for Anakin, and that’s why it’s the ‘Duel of the Fates,’” Filoni said. “It’s the fate of this child. And depending on how this fight goes, Anakin’s life is gonna be dramatically different.”

The reasoning behind this isn’t because Obi-Wan Kenobi is inept at training the boy. But instead is because Anakin needs a father, or parent in general. And Qui-Gon knows he’s the one to be that for Anakin. “[Qui-Gon] knew what it meant to take this kid away from his mother when he had an attachment,” Filoni said. The supervising director of The Clone Wars explains that Obi-Wan didn’t initially like Anakin, but they became brothers. Again, that’s not what Anakin needed to grow, though.

Anakin completely loses his mother in Attack of the Clones, but at this point in The Phantom Menace, she’s already gone for him.  As Filoni pointed out, Qui-Gon wasn’t as strict to the Code as most Jedi; he knew the importance of caring and love. Anakin had strong attachments, and having a parental figure who was sympathetic to that would have helped Anakin out.

‘Star Wars’ is about family, and Anakin’s is disrupted in this duel

Filoni said that Star Wars’ ultimate theme is family. And the outcome of Darth Maul’s fight with Qui-Gon and Obi-Wan would determine what kind of family Anakin had in the end. As Filoni so eloquently put it, the whole of Star Wars hinged on this moment. “It’s everything that the entire three films of the prequels hangs on. Is that one particular fight,” Filoni said. In return, it also decides the fate of Episode IV-VI. When he loses his father figure, Anakin is destined to become Darth Vader, the main antagonist later on.

Going into the original trilogy, Emperor Palpatine’s “self-serving” attitude, as Filoni called it, is his greatest vice. Because he undermines what family means to Luke Skywalker and Anakin. So when Anakin comes through, thanks to Luke, he saves his son and kills that version of Palpatine.

“In that moment, [Anakin] has to be the father that he’s never had. He has to give up all the power in the galaxy to save his son,” Filoni notes. “Son saves the father, the father saves the son. And it works out perfectly, and I draw that line all the way from The Phantom Menace to Jedi. That’s the story of Star Wars.”