We have no idea if Glenn Howerton will show up in the 13th season of It’s Always Sunny in Philadelphia, but it’s looking pretty damn likely that Mindy Kaling will.

That’s not the replacement we expected for Dennis, but hey, we’ll definitely take it.

Writer and comedian Mindy dropped the biggest of all hints – so big it’s actually more of a confirmation – on Twitter earlier this week when she popped onto set to ‘visit friends’.

Now either Ocean’s 8 star Mindy Kaling has joined the Always Sunny team, or that’s one of the cruellest practical jokes we’ve seen in a while.

Season 13 might seem a little late to be joining a sitcom that’s already earned cult status, but it looks like we’ve got a few more years of the Always Sunny crew yet. 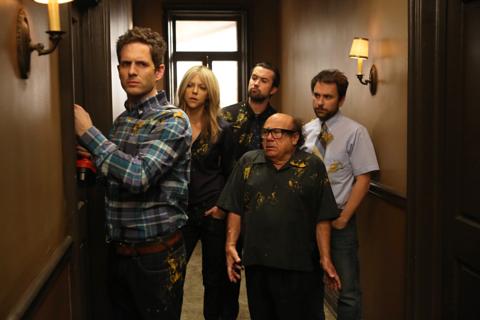 Writer and Always Sunny star Charlie Day recently confirmed that seasons 13 and 14 are definitely happening. “Beyond that, it’ll be up to FX,” he added.

“I think 15 is the record for a comedy, so I imagine we’ll all want to hold the record for the longest-running comedy in America…so we’ll probably try and break that record if we can.”

Last orders at Paddy’s Pub are a long way off, then.

Woman is left with a PERMANENT frown by botched plastic surgery

Sarah Jessica Parker reveals if she is team Mr. Big or team Aidan