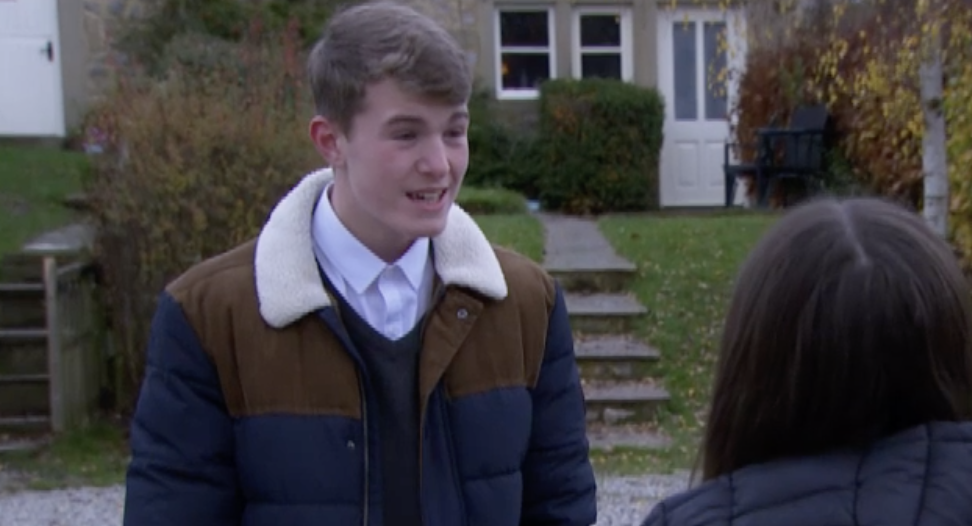 Arthur Thomas (Alfie Clarke) stood up to his bullies Emmerdale, recording a video that ended up going viral on the internet.

The teen came out as gay at the end of last year, during a game of hangman with Nicola King (Nicola Wheeler).

Since then, he has faced ridicule from some nasty boys at school, who set him up with crush Marshall (Max Fletcher) in a cruel dare.

The boys paid Marshall to ask Arthur on a date. They filmed the whole event, laughing and jeering as they revealed the prank.

However, Arthur wasn’t going to let them win.

In Thursday’s (January 12) episode, he tried to convince Cathy (Gabrielle Dowling) and April (Amelia Flannagan) to skip school with him, because he didn’t want to face the boys who had been tormenting him.

But, with some support from his friends, Arthur came up with a plan.

The trio took to social media to upload an inspiring video of Arthur, telling his followers that it is okay to be who you are and to be proud of it.

He told people that it is important to live your truth, and that some people may judge and bully you for it, but ultimately they are in the minority.

After posting the video, which was shared all over the school, Arthur and the girls took to the shop to prepare for an evening of celebration. They certainly deserved it!

Emmerdale continues Friday January 13 at 7:30pm on ITV1 and ITVX.

Minister would be 'surprised' if no illegal drug use in Parliament