Former Battlestar Galactica star Katee Sackhoff is embracing her deep space roots once again as she lands a new role in Netflix space drama Another Life.

The drama consists of ten episodes and has been ordered straight to series, according to The Hollywood Reporter, with Sackhoff taking up the lead role of astronaut Niko Breckenridge.

In the series, Niko leads a crew on a mission to explore the creation of an alien artefact, but as she and her crew investigate, it’s not long before they face unimaginable danger that could turn their mission into a one-way trip. 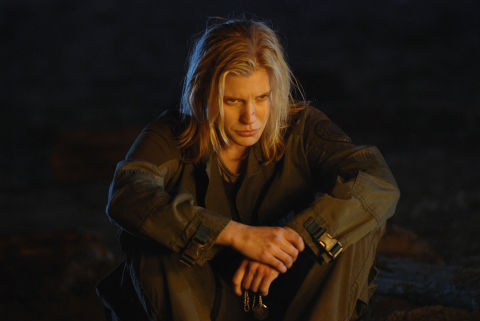 Sackhoff is best known for her role as Kara Thrace, aka Starbuck, on the hit Syfy series, which she starred in for four seasons between 2004 and 2009, and she most recently starred in The Flash‘s fourth season as DC villain Amunet Black, aka Blacksmith.

The new project also marks the second time Sackhoff has worked with Netflix after the streaming giant picked up the modern Western crime drama Longmire following its cancellation by A&E network. 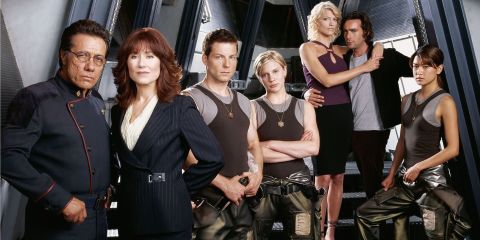 Another Life comes from creator Aaron Martin, who will also serve as showrunner, while Rookie Blue EP Noreen Halpern will executive produce the series.

Meanwhile, Battlestar Galactica is getting the movie adaptation treatment with Hunger Games director Francis Lawrence attached to helm the project, and he recently teased that it could feature gender-swapped characters too.

“Yeah we’re still working on that,” Lawrence told Digital Spy in March. “I’ve been developing that for a while. It’s a reimagining, it’s not a continuation of the series, it’s a standalone piece.”

David Beckham’s Look-Alike Son Romeo, 17, Is As Tall As His Dad As Both Do A Shirtless Workout — Video