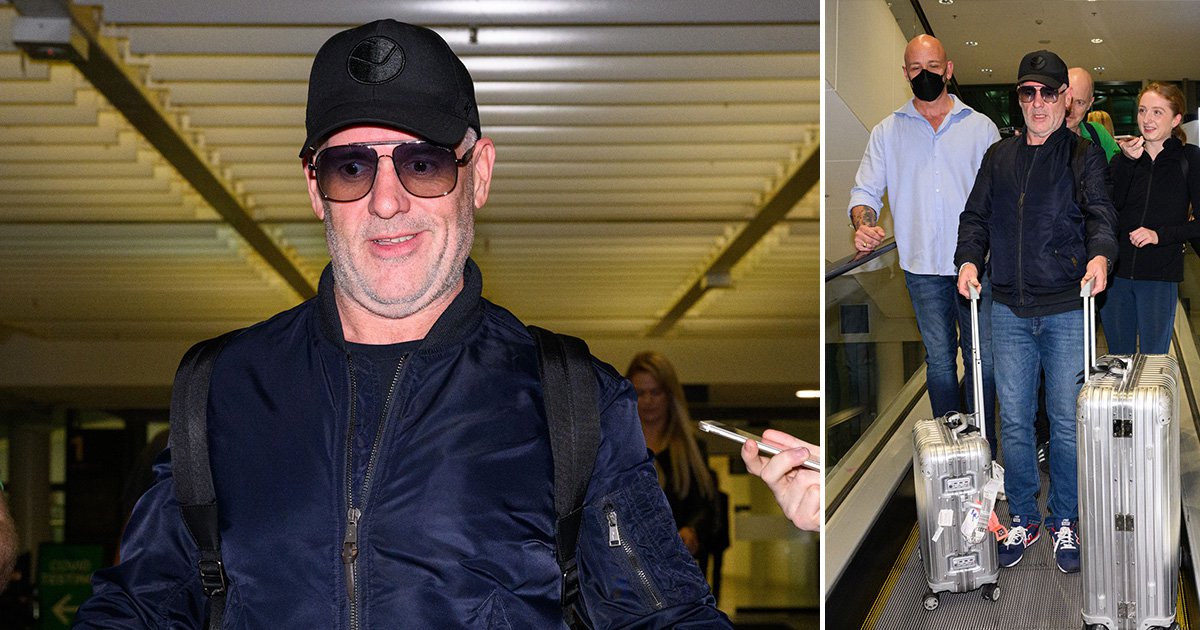 Chris Moyles has been confirmed as the first star to join the I’m A Celebrity… Get Me Out Of Here! 2022 line-up, it’s been claimed.

With the series set to make an exciting return to Australia for this year’s series, anticipation is ramping up ahead of the official cast announcement by ITV.

While the list of contestants set to take part in the Bushtucker Trials is yet to be formally made known to the public, radio and TV presenter Chris is said to have been confirmed to be taking part after being spotted at Brisbane airport in Australia.

Even though the season isn’t due to begin until November, it’s been reported that the famous faces entering the jungle have been making their way to Aus early so that they can remain in isolation for at least a week before the premiere.

In pictures obtained by The Mirror, Chris, 48, was seen wearing an all-black ensemble and dark sunglasses as he made his way through the airport following his arrival in the country.

According to an I’m A Celebrity source, while the celebrities usually arrive ‘ove ra four or five day period’, with some arriving ‘just a day or two before filming’, everyone in the 2022 cast ‘will be here a week before they get into camp and some are coming out 10 days before’.

They told the publication: ‘Once they are out of the airport the idea is to keep them alone as much as possible to minimise any risk of them having to quit the show.

‘ITV don’t want to jeopardise the show because of covid as it has caused them so many problems in the last two years and stopped the show being in Australia for so long.’

He’s the latest in a spate of celebrities said to be entering the jungle on I’m A Celeb this year, joining the ranks of rumoured individuals including singer Boy George, royal Mike Tindall, Love Island star Olivia Attwood and comedian Seann Walsh.

I’m A Celebrity returns this November on ITV.