Home » TV & Movies » Christmas has come early for Justin Bieber, Jacqueline Jossa and Danielle Lloyd as they decorate their homes before December 1st

And the stars are no different when it comes to getting excited about the festive period; with many already bringing some holiday cheer into their lives. 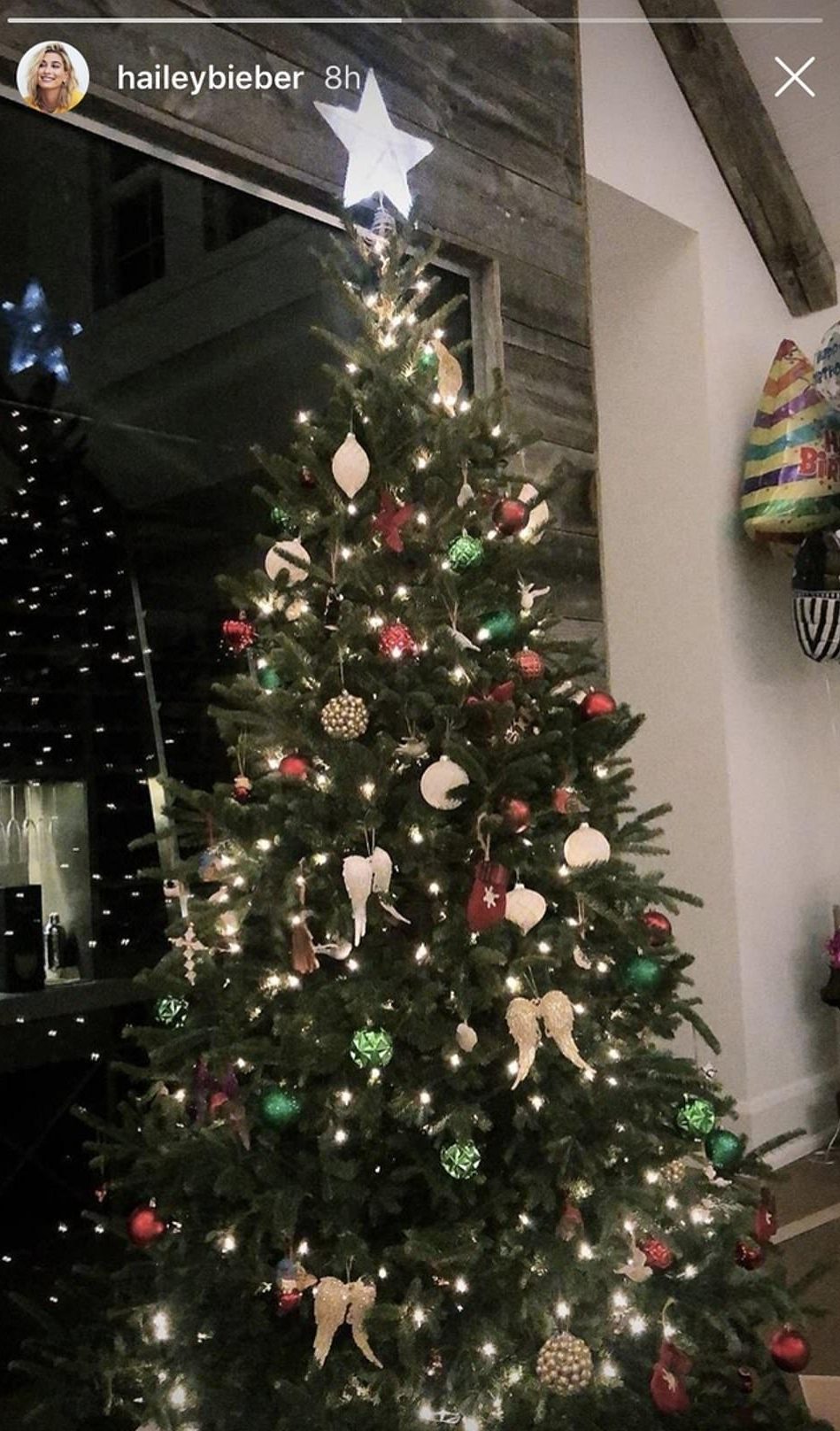 Singer Justin Bieber, 24, finally confirmed his marriage to model Hailey Baldwin, 22, last week and the pop star’s new wife was happy to give her Instagram followers an insight into their new life together by sharing snap of their Christmas tree online.

Hailey and Justin decided on traditional red and green colours, with the starlet posting an image of their decorations standing in their hallway in her Instagram stories.

The couple are to head into 2019 after saying "I do" following months of speculation over the nature of their relationship.

Justin's new wife Hailey shared a picture of them kissing shortly after Justin confirmed their marriage over the Thanksgiving weekend. 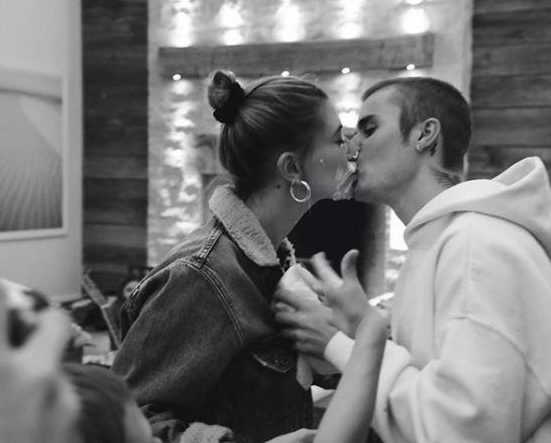 Justin and Hailey are not the only stars to have put their decorations up already – actress Jacqueline Jossa, 26, has decorated the home she shares with her 27-year-old reality star boyfriend Dan Osborne and their children Ella and Mia.

Former EastEnders star Jacqueline covered her tree with a variety of baubles, bows and flowers, as well as white fairy lights and a fairy on top.

The couple are likely to be spending a happy Christmas together after Dan admitted his recent time apart from Jacqueline whilst he was in the Celebrity Big Brother house helped save his marriage after their split earlier this year.

He told OK! magazine: "Our relationship is better now than it’s ever been. Since getting back together, it feels like we’re stronger and we appreciate each other so much more.

"In a way we have a lot to thank CBB for, because the time apart made us realise what we were both missing." 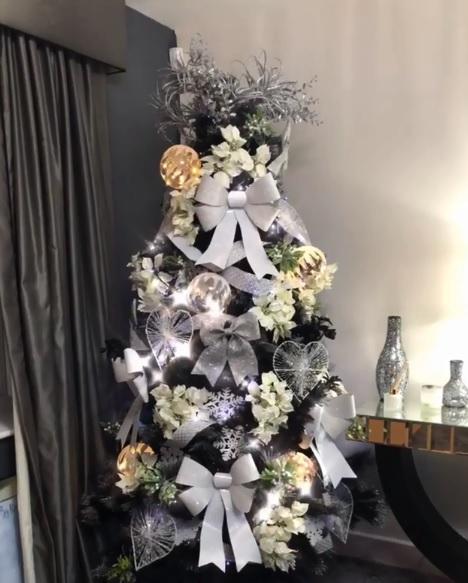 Danielle Lloyd has been working overtime at home when it comes to her decorations, with the reality star, 34, putting up trees both inside and out.

The former Miss Great Britain, who was stripped of her title for posing nude just before Xmas in December 2006, left next to none of the branches of her tree indoors on show.

Model Danielle covered it with large silver bows and hearts, as well as snowflakes and flowers. 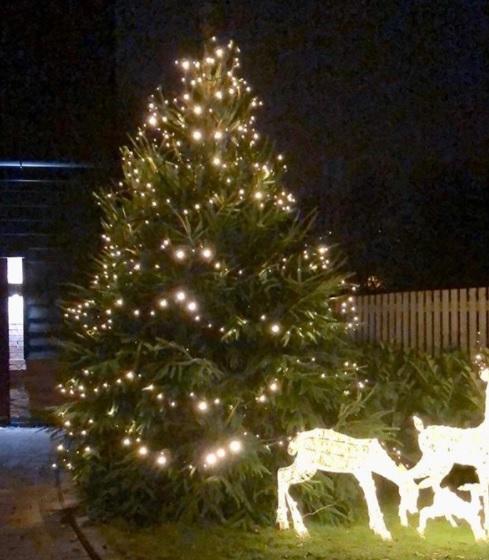 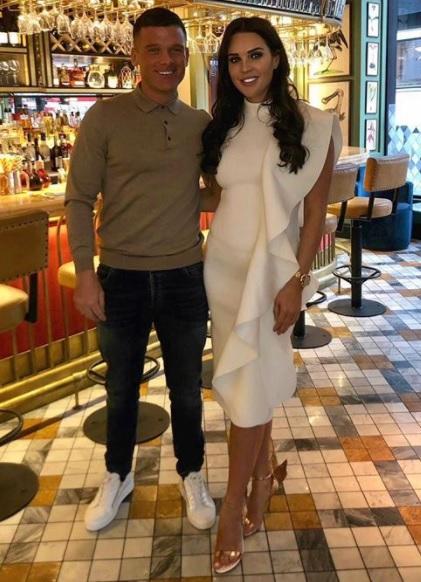 Ex Celebrity Big Brother housemate Danielle and her partner Michael O'Neill were sure to make sure their neighbours and passers-by knew they were already celebrating as they turned on the fairy lights outside.

A large tree could be seen standing in the garden covered in white lights with glowing reindeer standing on the lawn in front. 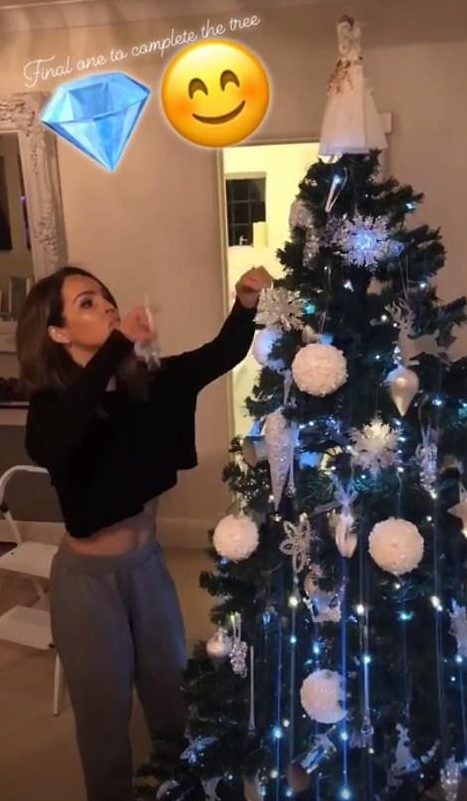 Katie Piper, went for an icy look for her Christmas tree this year with snowflakes, icicles and white baubles.

The Strictly Come Dancing contestant, 35, who was the fourth star to leave the BBC ballroom dance contest this series, shared a picture of her hanging her decorations with her Instagram followers.

She wrote across the top of her image: "Final one to complete the tree." 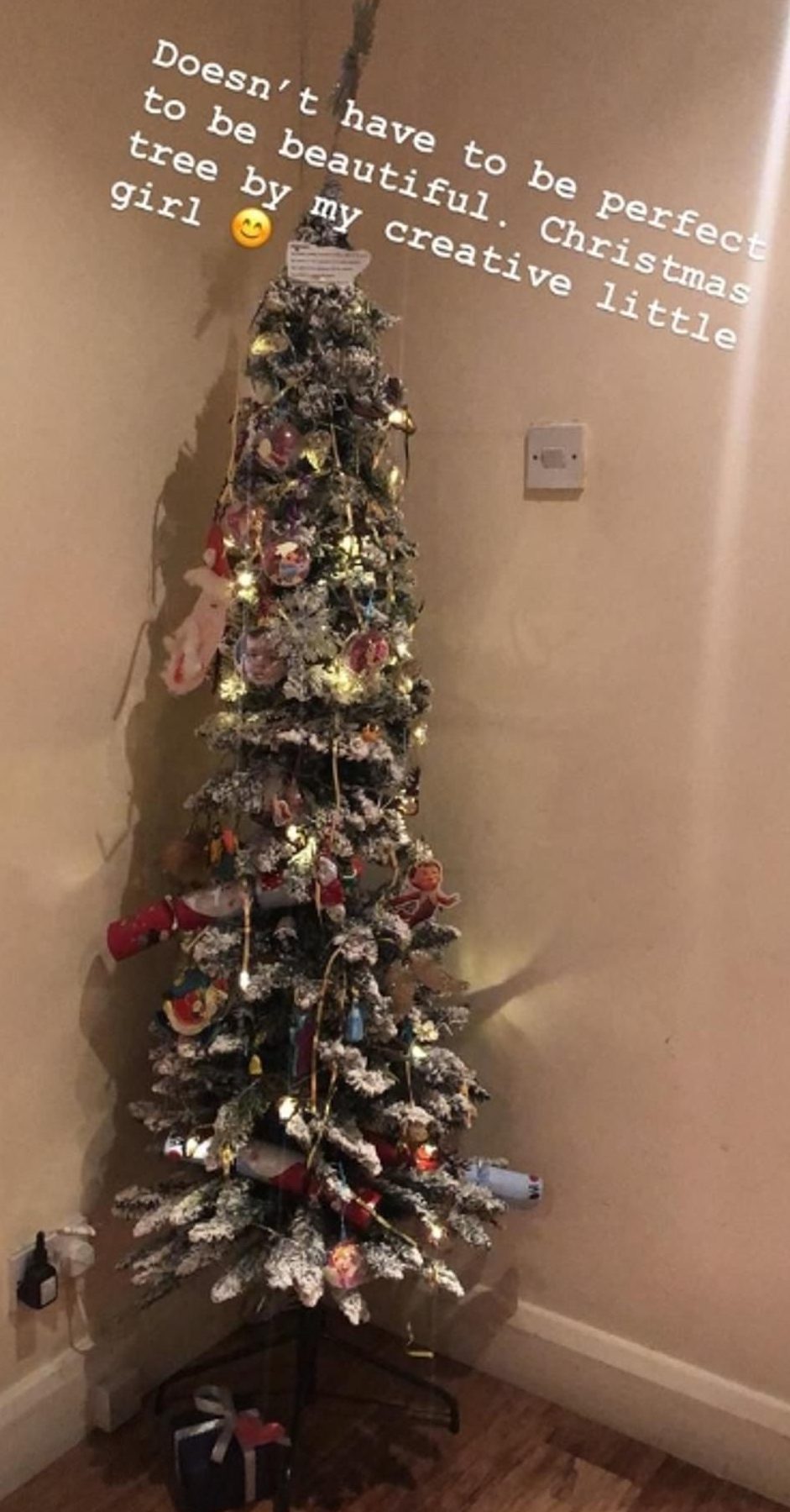 However, Katie is not having just one tree in her home this year – she allowed her daughter Belle to have free rein over her own tree and style.

Sharing a snap of her offspring's handy work, Katie wrote on Instagram: "Doesn't have to be perfect to be beautiful. 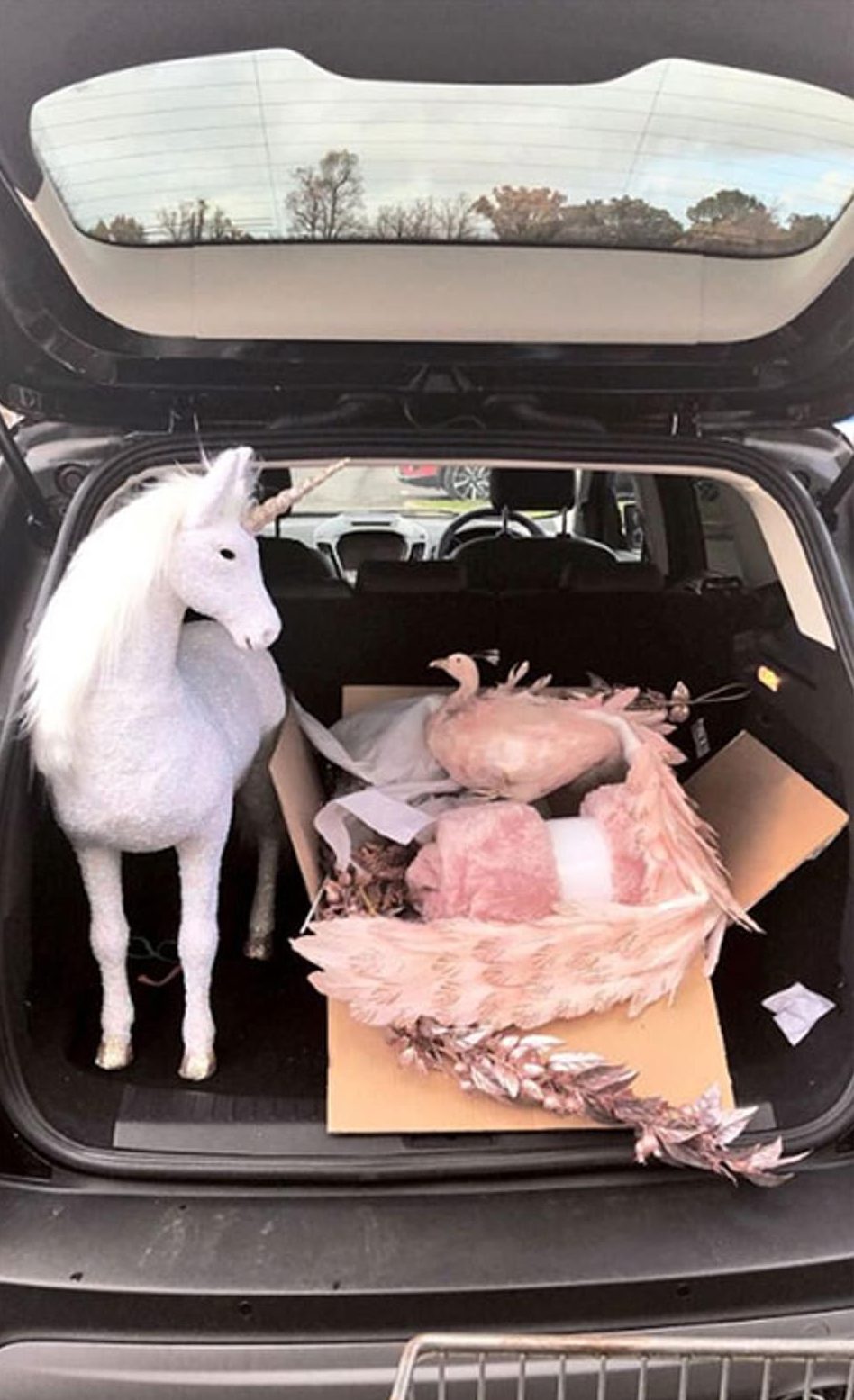 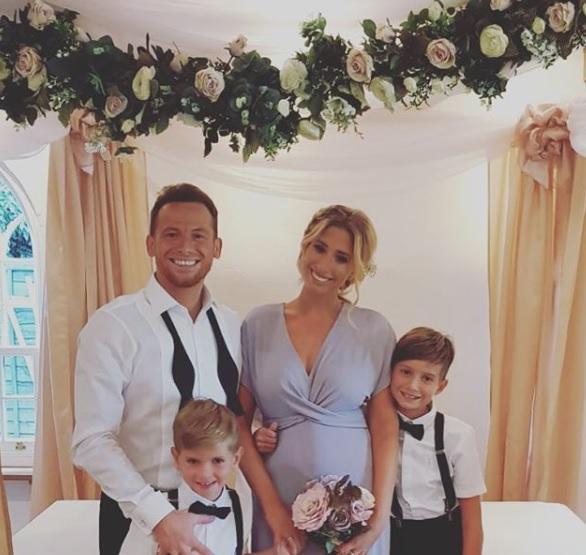 Loose Woman Stacey Solomon, 29, has been keeping herself occupied while partner Joe Swash is in Australia working as one of the hosts of I'm A Celebrity spin-off show, I'm A Celebrity: Extra Camp.

The former X Factor contestant, mother to sons Zachary and Leighton from a previous relationship, has been shopping for some new decorations.

Her picks interestingly included a white unicorn and pink peacock. 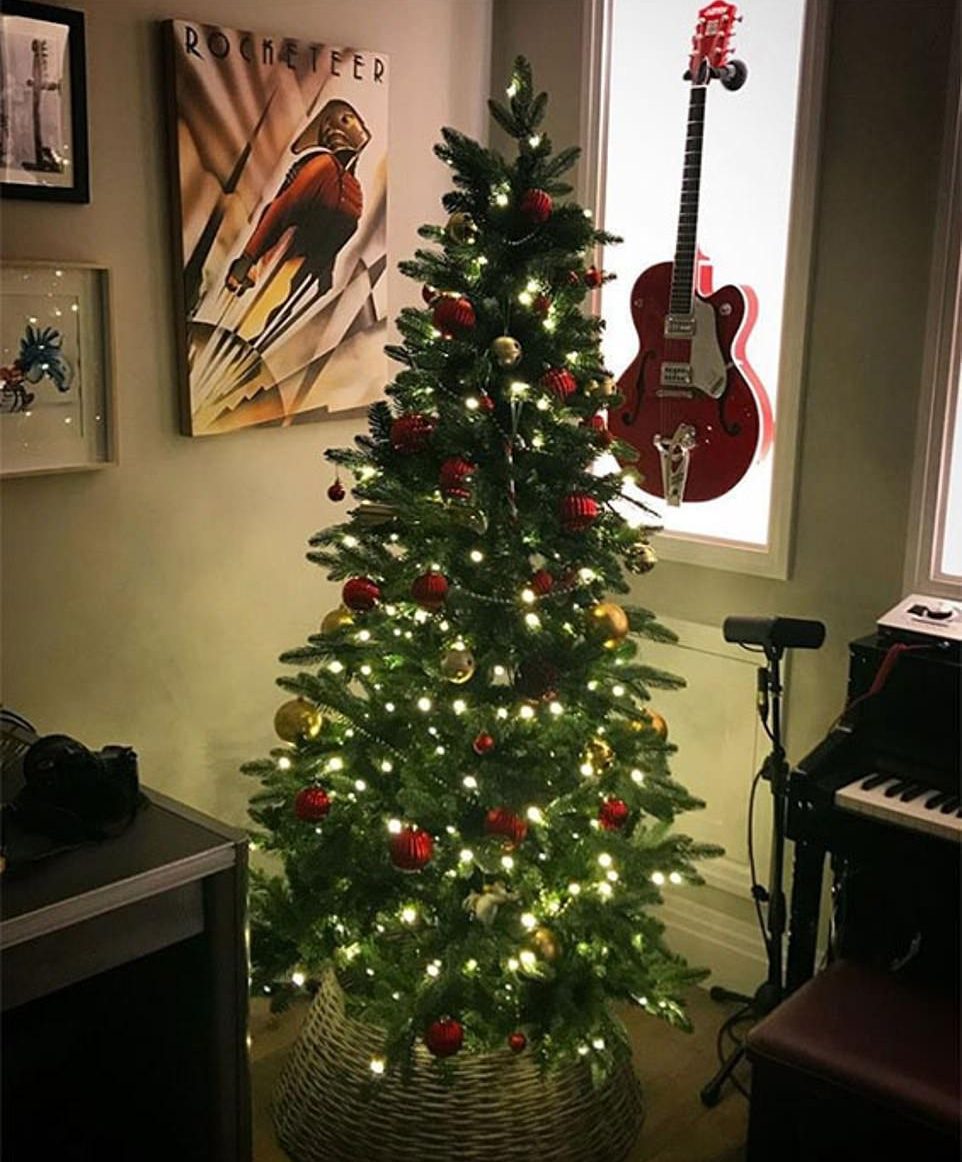 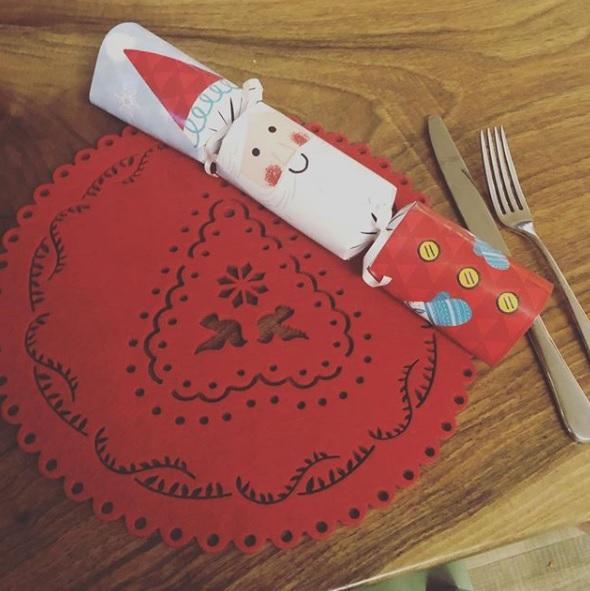 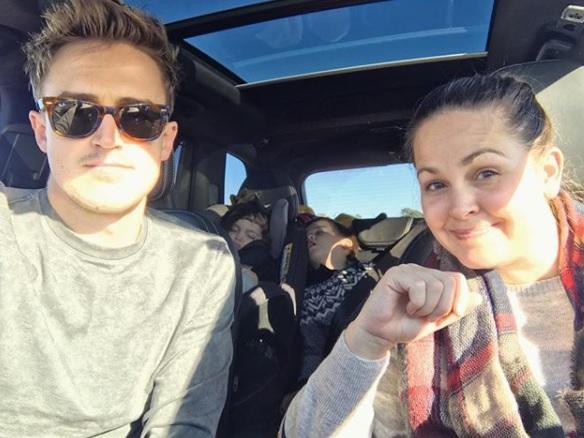 Former McFly star Tom Fletcher, 33, went with traditional red and gold colours and white fairy lights for the Christmas tree at the family home he shares with his wife Giovanna.

The glow from the bulbs gave the music room a cosy glow, with a piano standing nearby and a guitar hanging behind.

Last week, Tom's other half Giovanna, who he shares children Buddy and Buzz with, shared a picture of a table place setting with a Santa Claus cracker, writing on Instagram: "The kids set the table…"