The villain (Connor McIntyre) has been laying low since wife Eileen discovered he is a murderer, but he's finally set to come back and terrorise those who were once closest to him.

In a brand new snap posted online by the soap a bearded Phelan comes face to face with Robert Preston inside the Bistro.

Giving a terrifying stare, Phelan's hand and coat are stained with blood but there's no clue as to whose it is.

Phelan is set to make a dramatic return to the soap this month for his final showdown.

A bruised and battered Phelan has been lying low away from Weatherfield after going on a killing spree. 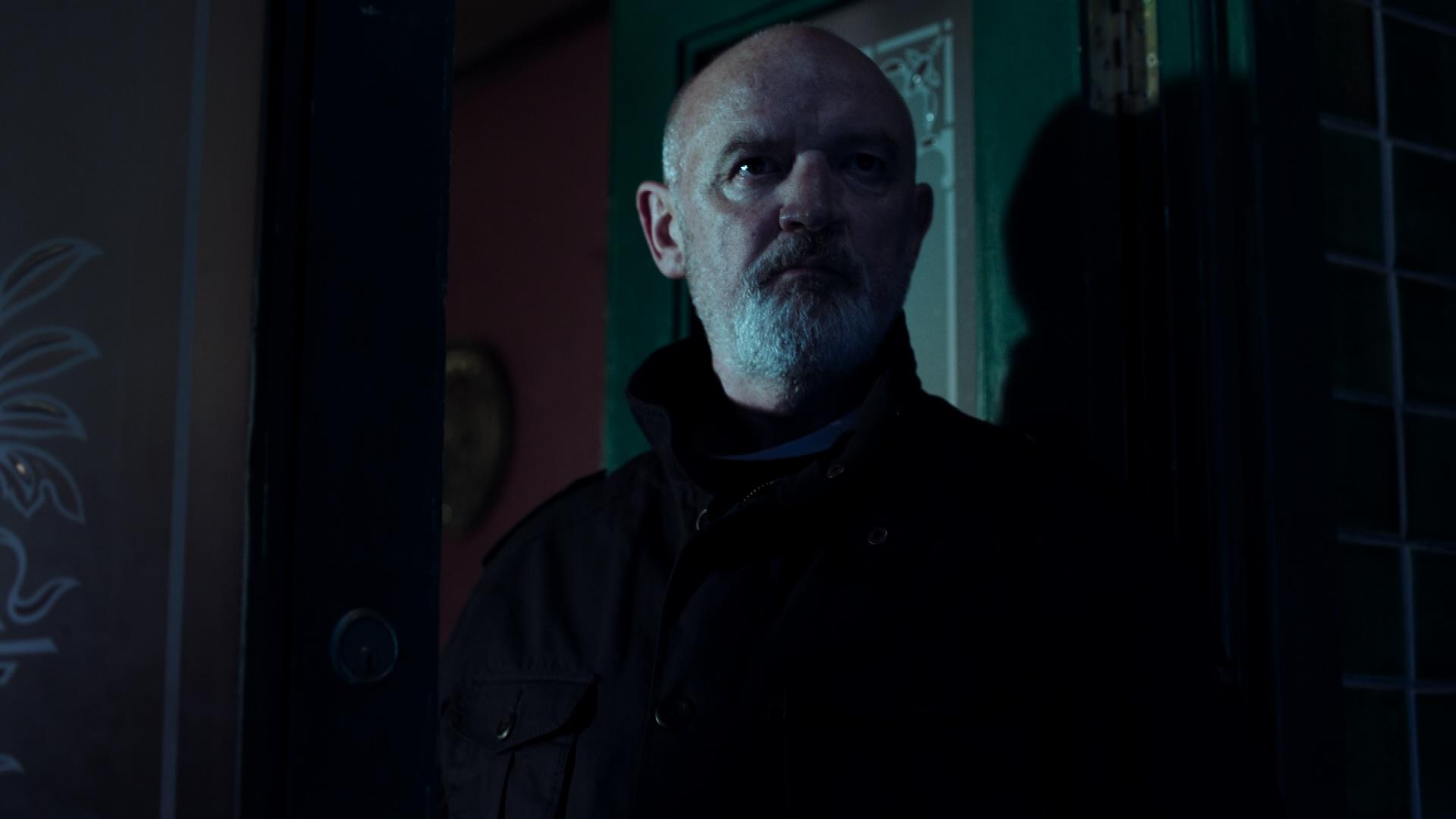 But his evil run isn’t over just yet and despite his absence he’s still been keeping a close eye on those he feels have wronged him and against whom he may wish to take his revenge.

So when Gary Windass tracks Phelan down to a campsite in Wales and drags him back to the street, his pent-up fury is unleashed.

A recent trailer saw the residents reel in shock and horror as they realised Phelan has been watching their every move.

Lurking around each corner, there was nowhere to hide from Pat as he wreaked his villainous revenge. 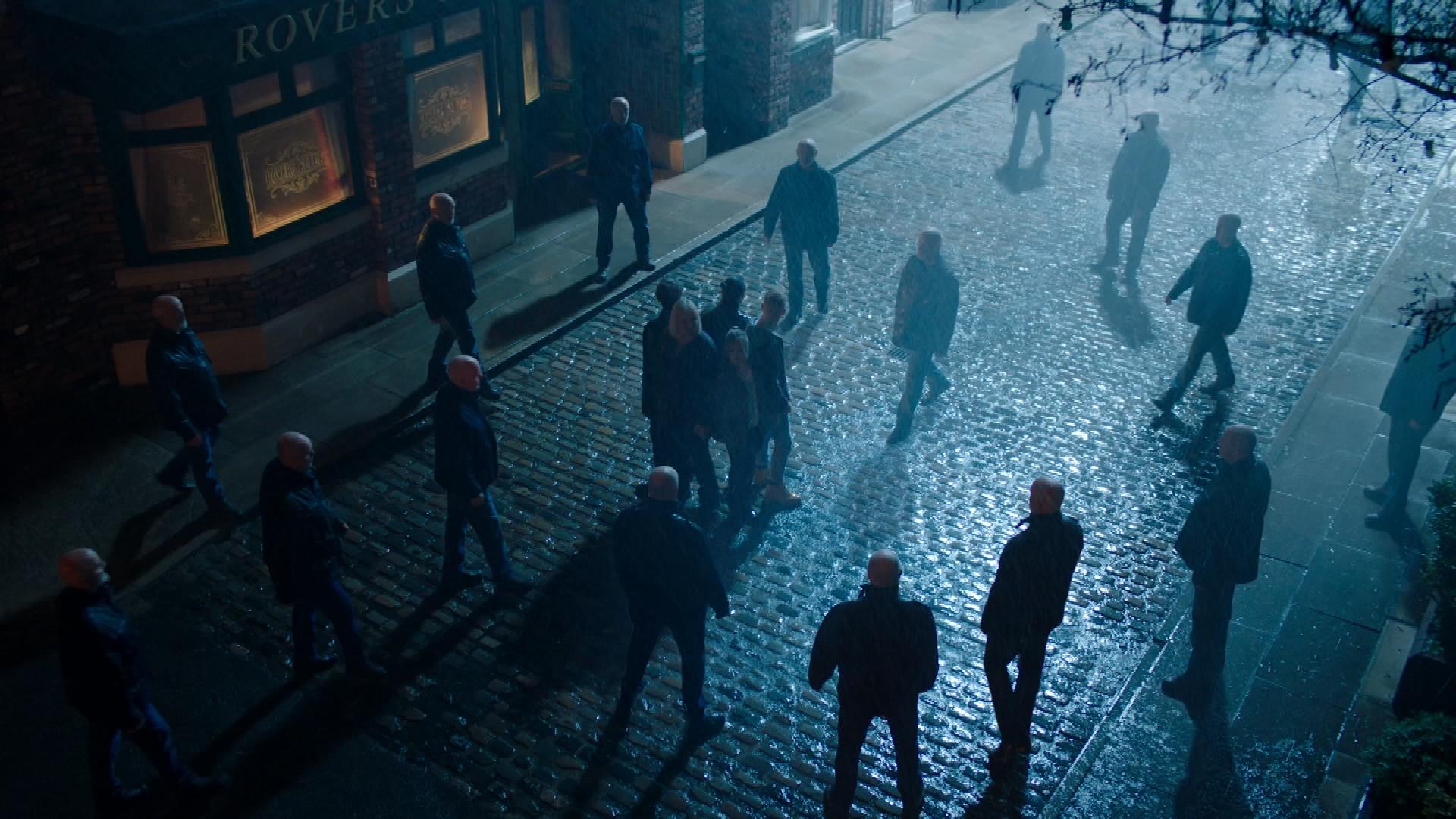 Speaking about the terrifying trailer, Tony Pipes, Executive Creative Director of ITV Creative said:  “Pat Phelan, arguably Coronation Street’s greatest villain of all time, deserved an equally villainous promotional spot to alert the audience of his return to the street.

“We wanted to take the iconic street and show it as it’s never been shown before, dripping with a claustrophobically foreboding atmosphere.

“We placed Pat Phelan at the heart of the promo, appearing impossibly around every corner of the street for five unsuspecting characters: Nicola, Seb, Eileen, Gary and Sarah. The spot ends by revealing an army of approaching Pat Phelan's surrounding the five huddled characters. 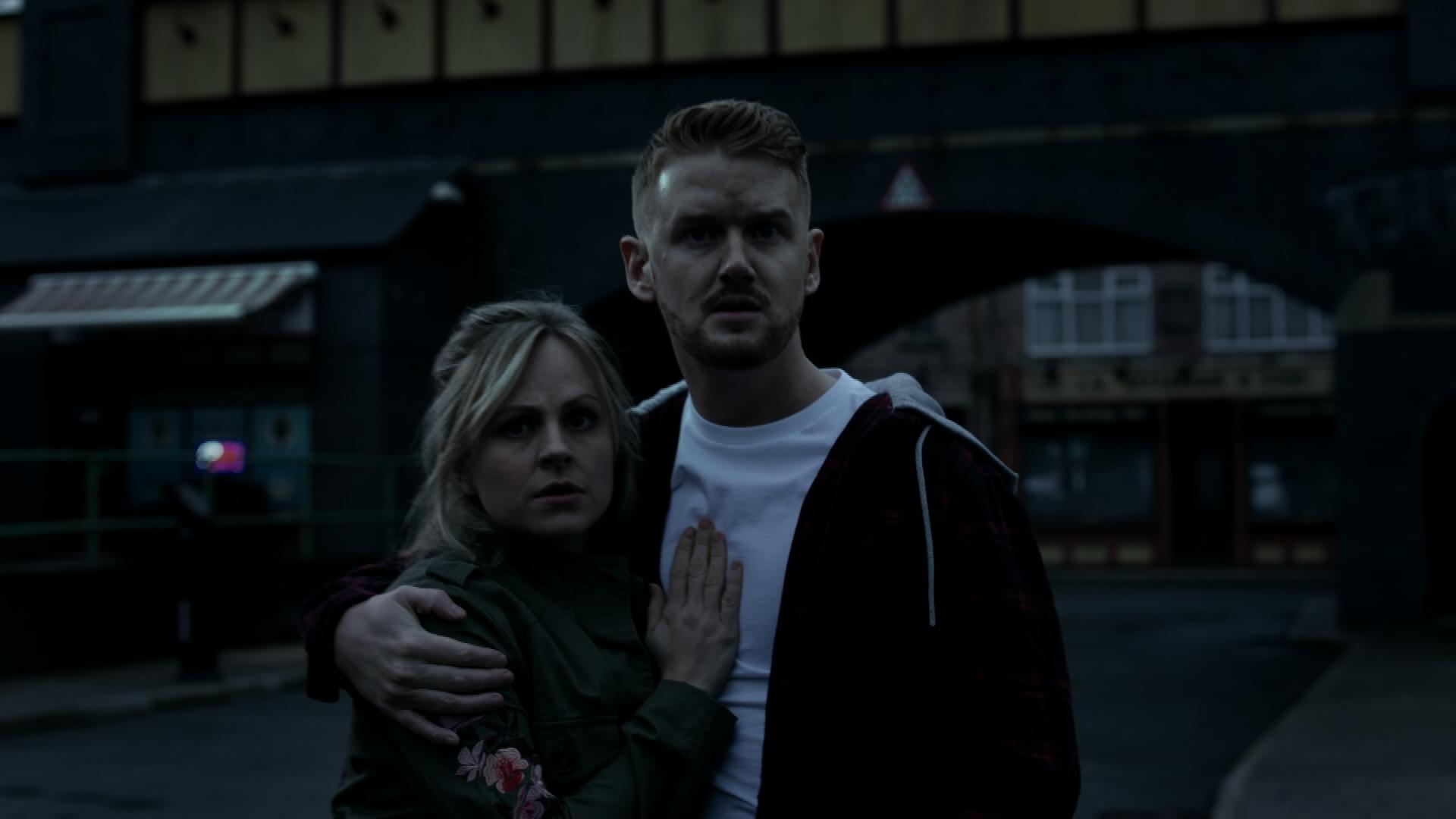 “This final climactic scene was captured using a combination of motion control and lighting special effects.”

As well as Phelan’s vengeful return to the street, Michelle prepares to marry Robert and David fights to take control of his life after his rape ordeal.

Previous spoilers have revealed that Michelle will become evil Pat Phelan’s fifth victim when he shoots her on her wedding day.

Her husband-to-be Rob, played by Tristan Gemmill, will desperately attempt to save her as she lies bleeding at the altar. The scenes will be so gory that they have to be aired after 9pm.

The dramatic week of episodes will be stripped across the week between Monday May 28 and Friday June 1.

Woman discovers secret sister after believing adoption certificate was hers

When will the royal baby’s name be announced and how long did we wait last time?

This Claws Recap Starring Drag Race Queens Is Everything