Nick (played by Ben Price) has been harbouring the secret he stole £80,000 from his grandmother Audrey Roberts (Sue Nicholls) on Coronation Street, with brother David (Jack P Shepherd) and accomplice Natalie Watkins the only people who know the low levels he’s steeped to.

Natalie has made her presence well and truly known, having wormed her way into working at the brother’s barber shop, Trim Up North, with Nick claret uncomfortable with the arrangements.

Tonight’s instalment of the ITV soap saw Natalie celebrate her birthday by treating herself to a number of alcoholic beverages during her lunch break, making her tongue a little looser than usual.

David was on hand to bring Natalie back to the barber shop though Nick wasn’t too happy about the newcomer’s state, worrying she could expose him at any minute.

With the Underworld roof collapse investigation also putting Nick in the spotlight over being the culprit who caused the carnage, having his fraud revealed is the last thing he needs.

As she was put on mopping duties after her lunch break, Natalie began to ramble about not being paid enough only for Nick to tell her: “If you spent a bit more time concentrating on your job than popping down the pub, you might have a point.”

Beginning to talk to Brain Packham (Peter Gunn) about her childhood days, Natalie was cut off when Nick said: “I don’t think Brian wants to hear about your past life as a petty criminal.”

However, Natalie hit Nick with a warning, telling him: “You ought to be careful because there’s a lot of other stuff I could confess that you really don’t want to hear.”

Knowing Natalie was threatening his brother over the fraud secret, David tasked Natalie with some mundane chores before Nick pulled him to the side to reprimand him over the newcomer’s laxed attitude in issuing her warning.

“You’re the one who wanted to keep her on, so sort it out,” Nick told David, with Natalie’s fate now lying in the hands of the barber. 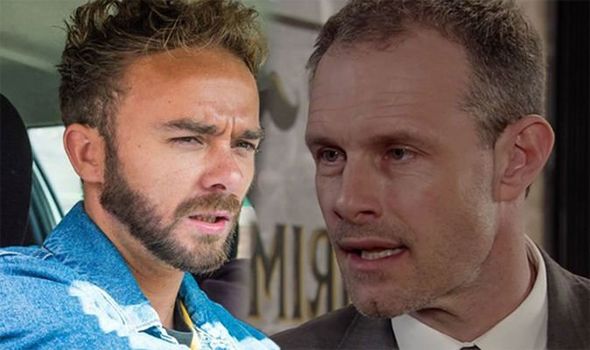 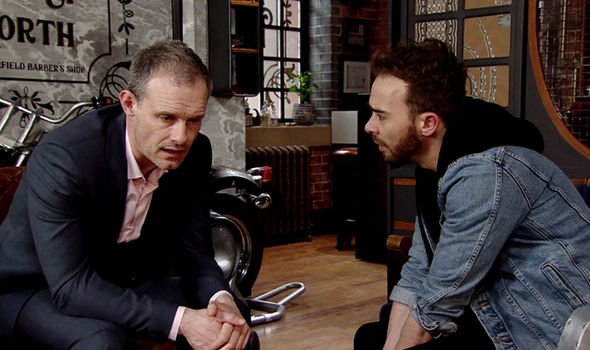 Upcoming episodes will see David agree to train Natalie up as a barber in order to keep her happy, but the love struck newcomer will believe it’s his way of telling her he likes her.

David is currently engaged to Shona Ramsey (Julia Goulding) so isn’t looking to cheat on his wife-to-be but in following his brother’s orders, the barber finds himself in a compromising position.

Next week, Natalie will make a move on David by planting a kiss on him only for the barber to tell her he isn’t interested.

After David’s rejection, Natalie will go on a date with a policeman, setting the barber on edge as he worries he is about to ruin Nick’s plan to silence his accomplice. 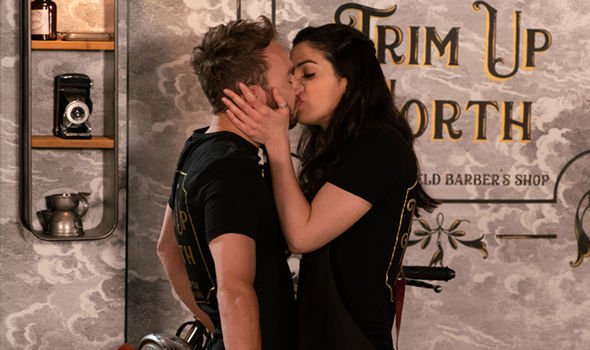 Confronting David about his intrigue with Natalie, the officer accuses David of fancying Natalie, only for Shona to waltz into the Bistro at the same time.

As the false accusations manifest, David will have some explaining to do to try and convince Shona she isn’t cheating on her.

Has Nick’s plan for Natalie caused his brother’s downfall?

As Carla’s recovery begins following a harrowing spell of paranoia, it looks like Roy Cropper (David Neilson) will issue a warning to former foster son and health and safety inspector Wayne Hayes (Adam Barlow)  over his questioning regarding the Underworld roof collapse.

Jennifer Lopez Is Working on ‘Quieting’ Her Mind in Quarantine: ‘Everything Is Taking a Break'

NYPD Blue Revival Pilot to Be Reshot, Still in Consideration for Midseason

Three Big Movies Of 2018 New To On Demand, Including ‘Black Panther’ And A Jim Carrey Thriller