Coronation Street has hinted that Aidan Connor could be the first person to rumble Toyah Battersby and Eva Price’s baby deception.

These brand new spoiler pictures show an awkward moment on the cobbles after Toyah (Georgia Taylor) brings home Eva’s newborn child and passes her off as her own daughter.

Next week’s episodes see the baby deal storyline come to a head as Toyah supports Eva (Catherine Tyldesley) through labour at the secret cottage in Lymm.

After a brief period where Eva is left holding the baby at the hospital, Toyah later puts the second stage of the plan into action. 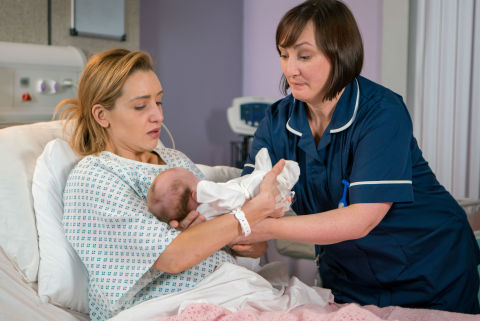 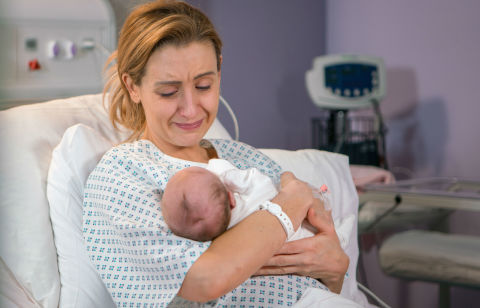 This includes pretending to Peter (Chris Gascoyne) that she’s been with surrogate mum Jacqui for the birth of their child, who they decide to call Susie.

Toyah then brings baby Susie back to the cobbles later in the week – and much to her relief, an overjoyed Peter doesn’t suspect a thing as he meets “his” daughter for the first time.

While Peter is completely in the dark over what Toyah is up to, Aidan (Shayne Ward) is quick to notice something strange when he crosses paths with the couple on the street. 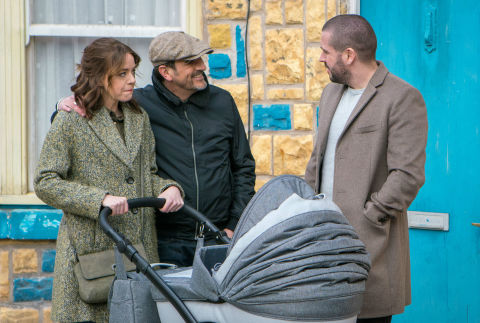 Toyah is already feeling troubled by all of the lies and deceit, so seeing Aidan cooing over the baby’s pram makes everything worse.

Aidan clocks Toyah’s awkwardness throughout their conversation, but will he realise what’s happened? As one of the few people who knew about Eva’s pregnancy, he’s certainly better placed than most to put the pieces of the puzzle together… 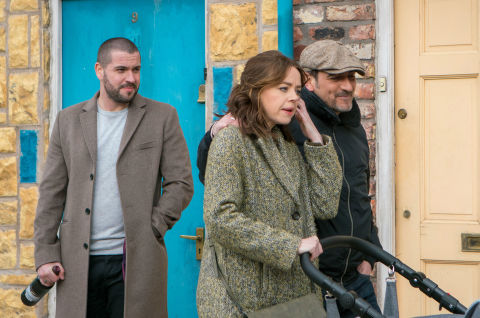 ‘The Voice’: Blake Shelton and Adam Levine’s Most Lovable Moments