The actress made the most of the hot weather as she stripped down to a bikini to frolic in the sea with a pal. 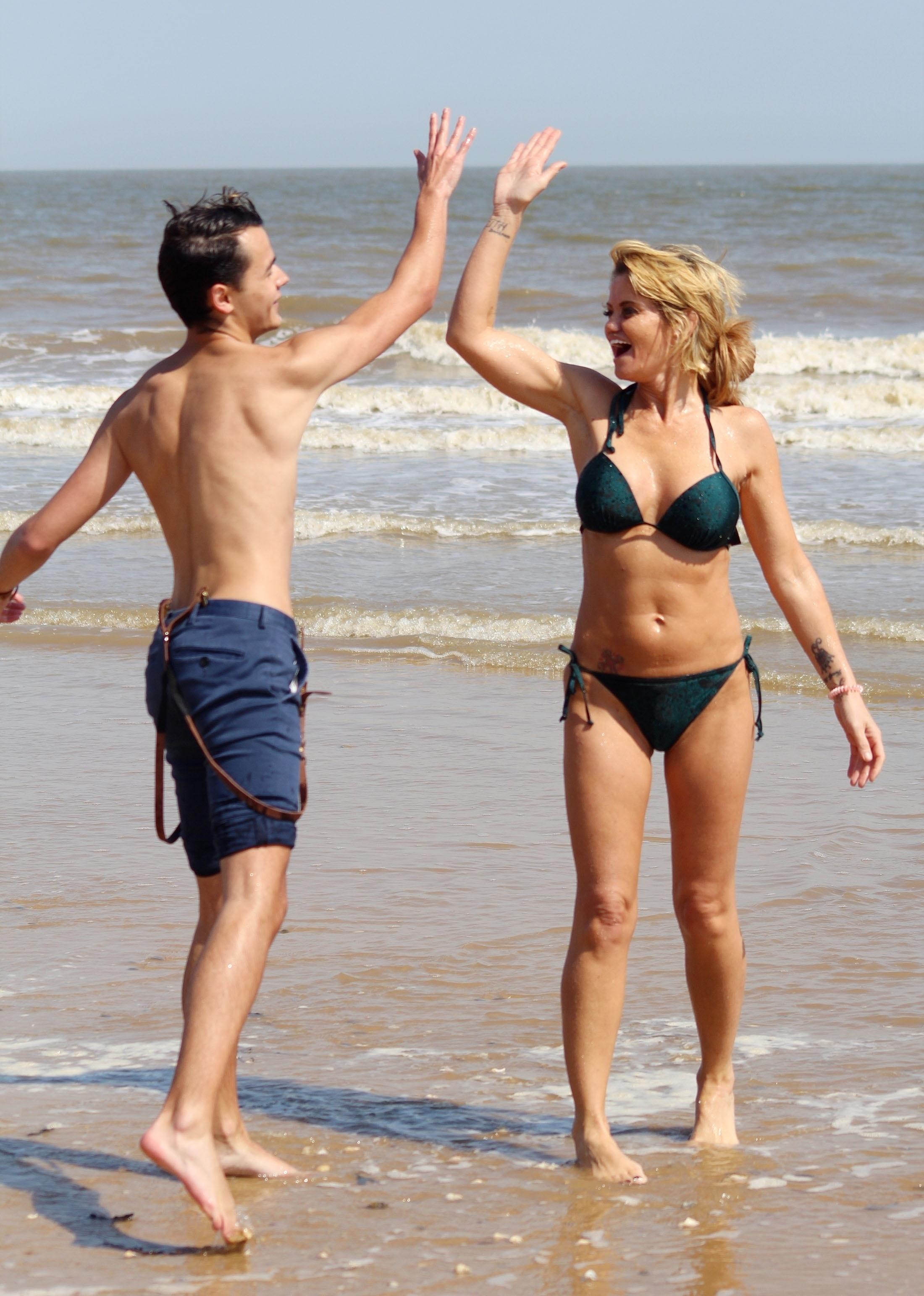 Danniella, 44, showed off her figure in a green bikini on the beach in Frinton-on-Sea.

It comes after she denied dating a 29-year-old social media star Ben James.

He insisted they've got "a little something going on", but the ex-EastEnders actress said she's "single and living life". 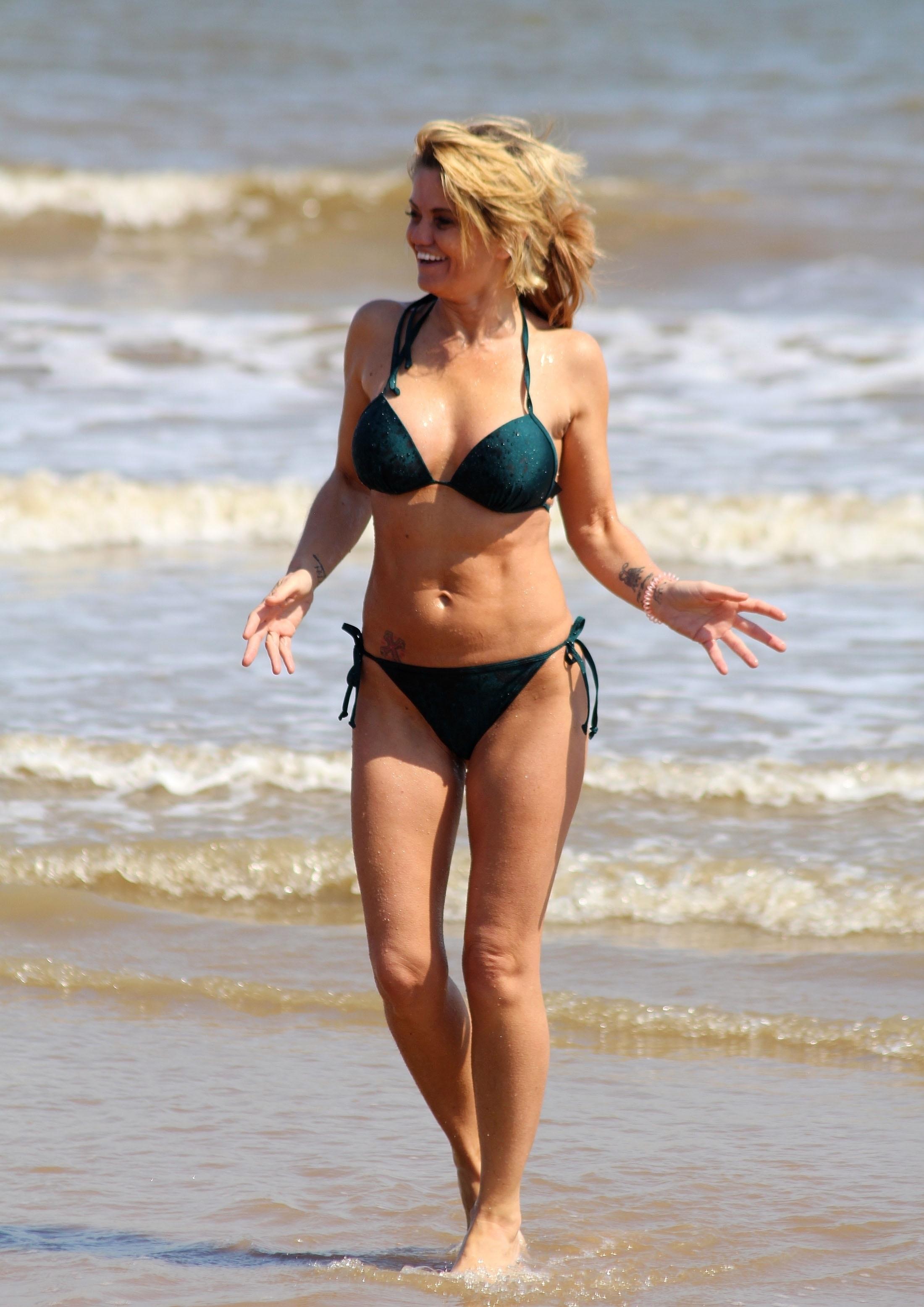 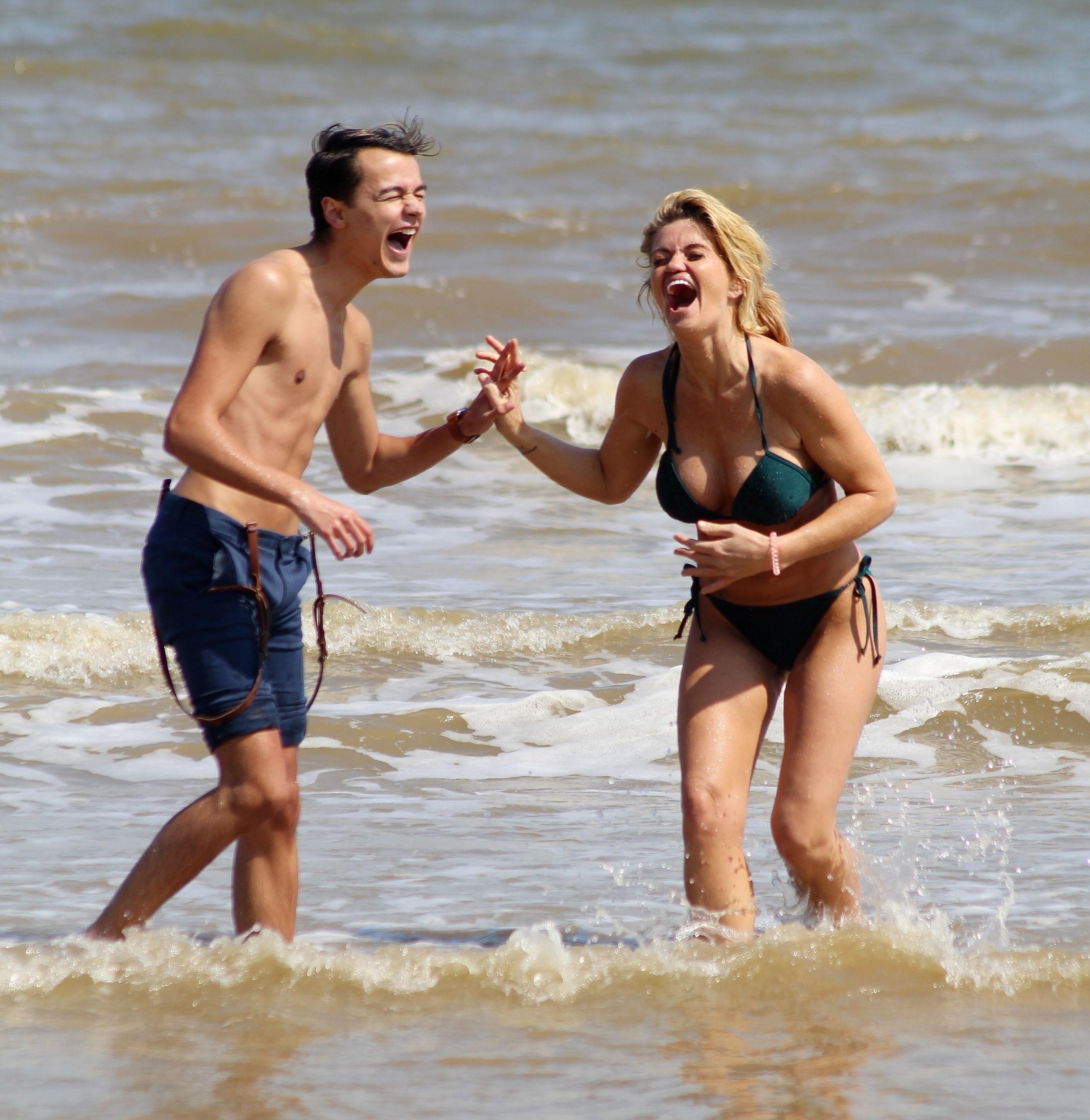 Danniella said: "I felt suicidal because that's my kid. He's beside himself and I feel terrible.

"That does make me feel bad, it makes me feel awful."

It was the latest drama in Danniella's car crash life after her recent arrest by armed police at London Stansted Airport over alleged "malicious communications and witness intimidation". 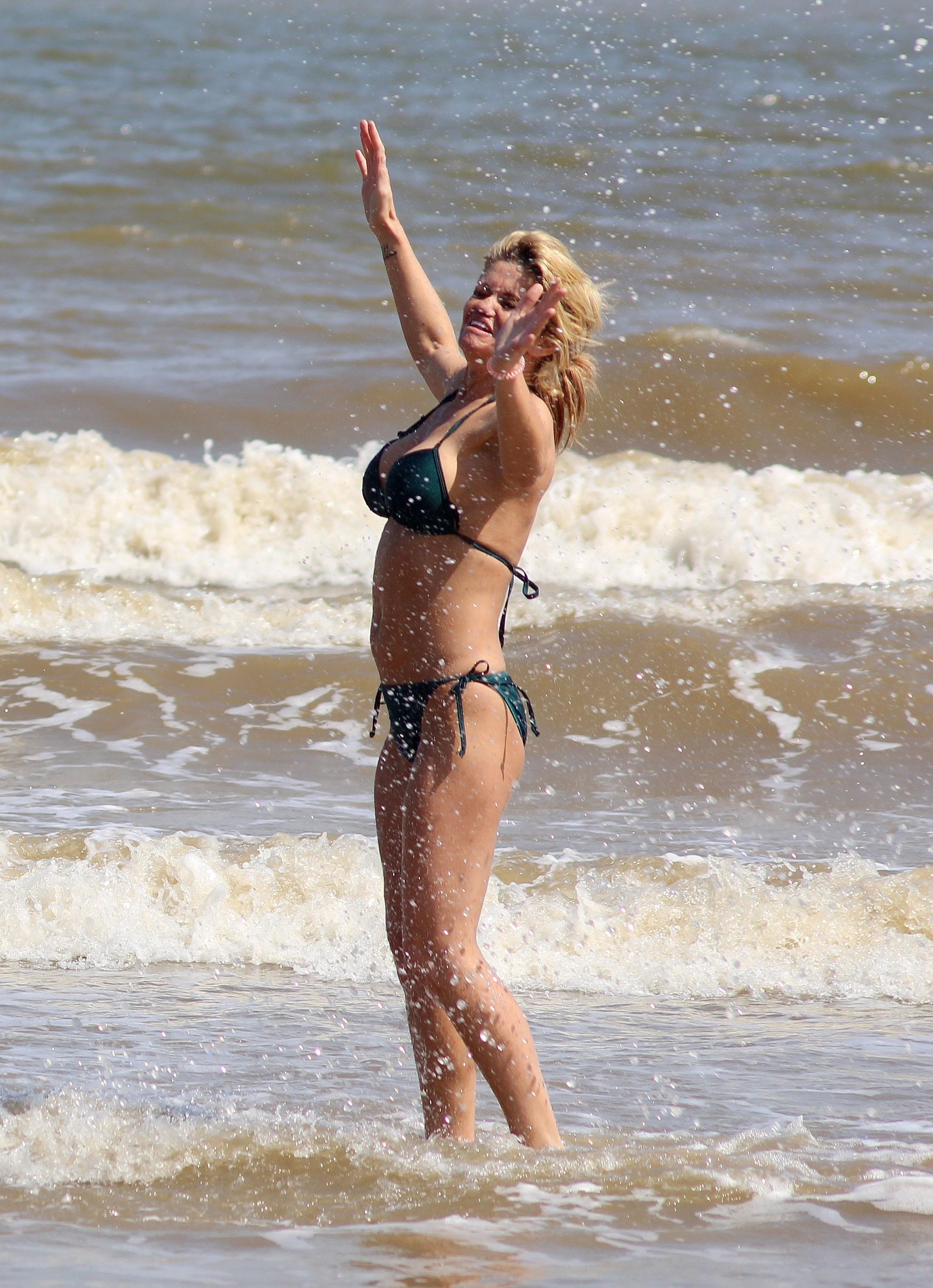 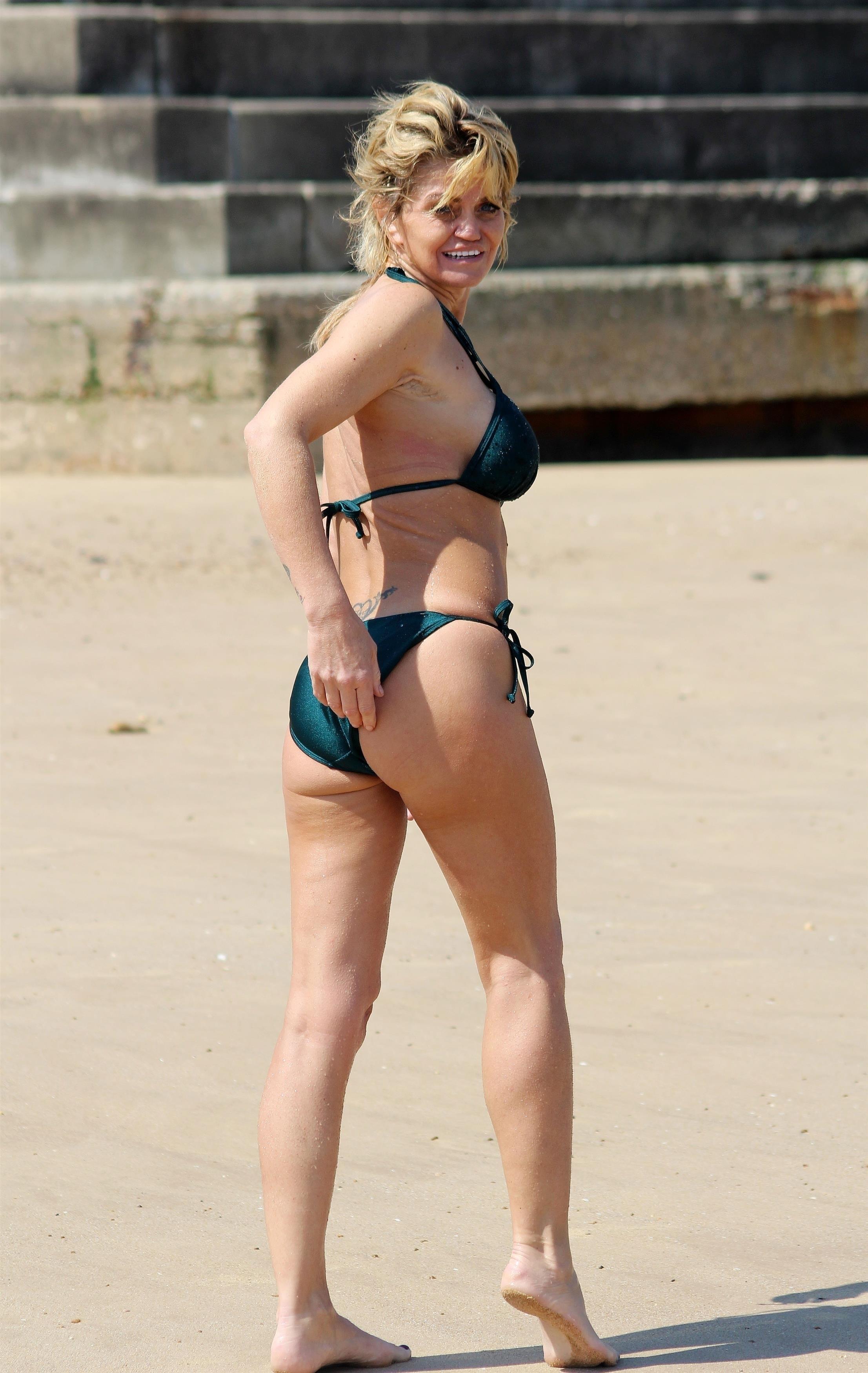 After a 12-hour interrogation over the allegations, she was out on bail and later released under investigation by police.

She has been battling health issues too after being diagnosed with bone disease Osteoporosis.

And she is now facing months of costly and invasive plastic surgery to fix her "botched" face.

It has left her terrified that post-surgery painkillers could spark a drug relapse as she prepares to go under the knife for groundbreaking surgery to sort out her wonky nose and collapsed cheekbone. 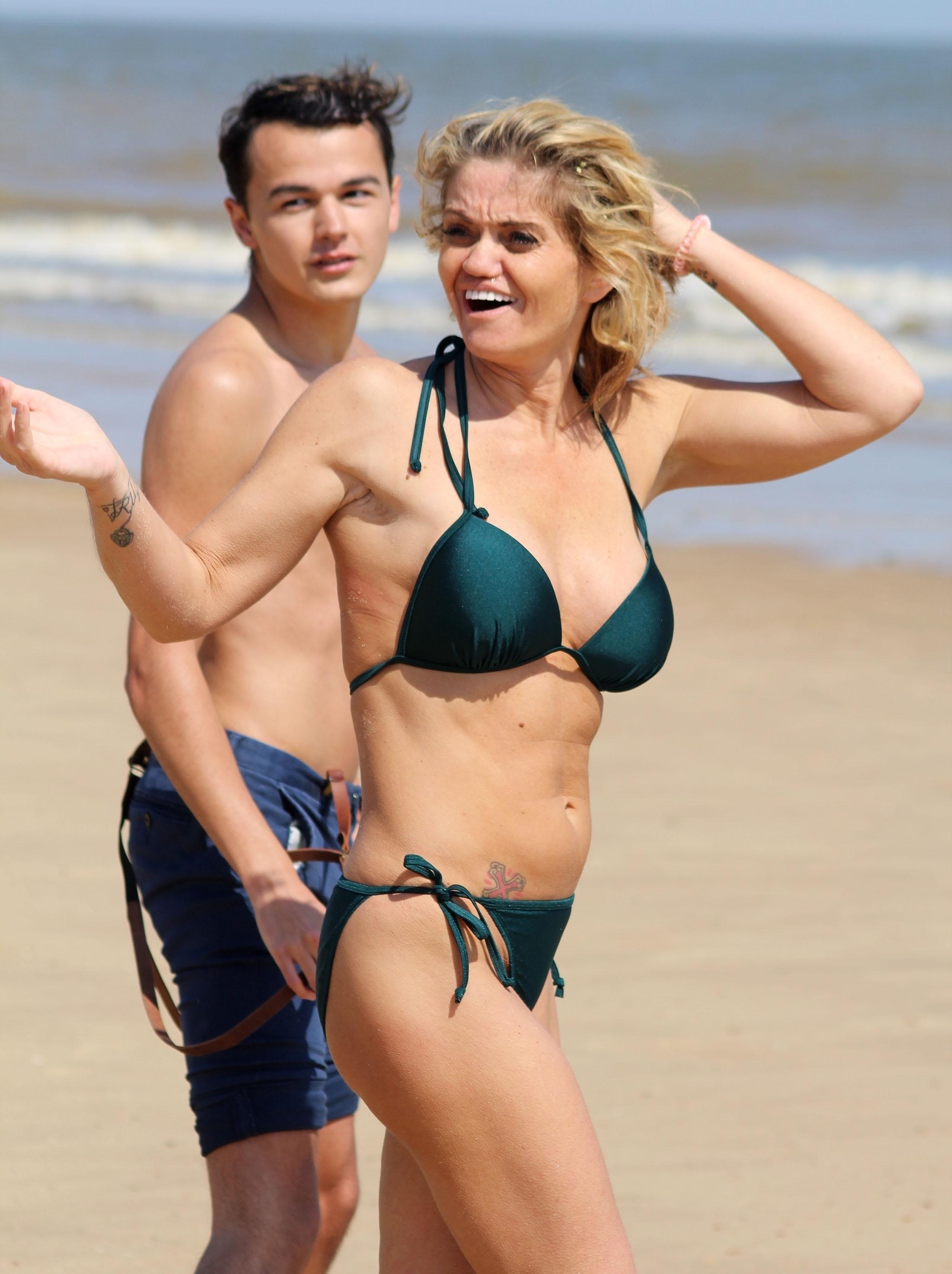 She told The Sun Online: "It's enough to send you back to drugs, but I won't do it.

"It has been a shocking time, a shocking two years health wise. It would be so easy to go back [to taking drugs].

"I'm an addict of the highest order so I have addictions in every area."

Inside Michelle Keegan and Mark Wright's house with six bedrooms, a gym and plush furnishings