The Queen’s former aide Dickie Arbiter joined Piers Morgan on his TalkTV show on Wednesday to discuss the late monarch’s funeral. As the royal expert praised those who waited in the queue to see the Queen lying-in-state, the presenter asked his thoughts on “queue-jumpers” amid the controversy surrounding Holly Willoughby and Phillip Schofield who were both accused of “skipping the line”.

“There was no angst in the queue you got a few celebrities allegedly jumping the queue.

“But they were all very friendly, all very relaxed.

“When somebody had to get out of the queue perhaps to go to the loo or be interviewed on television they got their place back in the queue. There was no squeezing in the queue.” 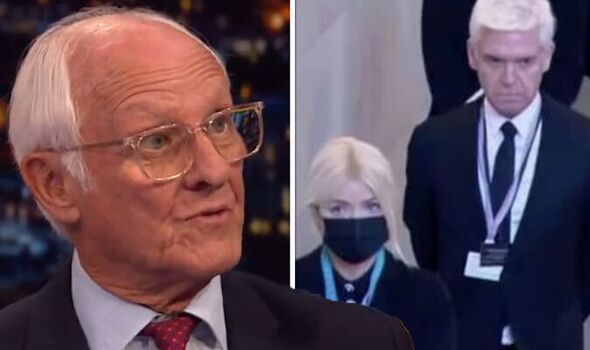 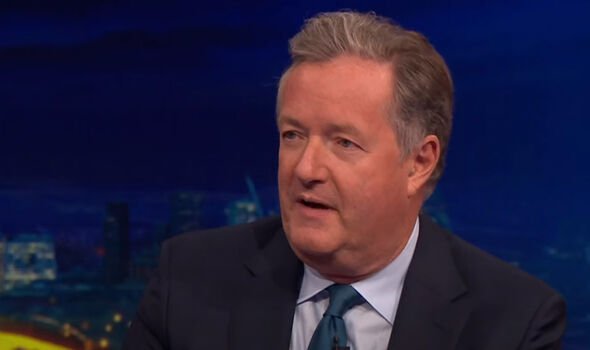 Piers asked: “You weren’t impressed by the queue jumpers?”

“No, not particularly,” Dickie answered. “I thought David Beckham was brilliant, queueing up for 14 hours.”

“We won’t talk about the others,” he swiped.

A petition demanding Holly and Phillip be sacked from This Morning has received over 40,000 signatures. 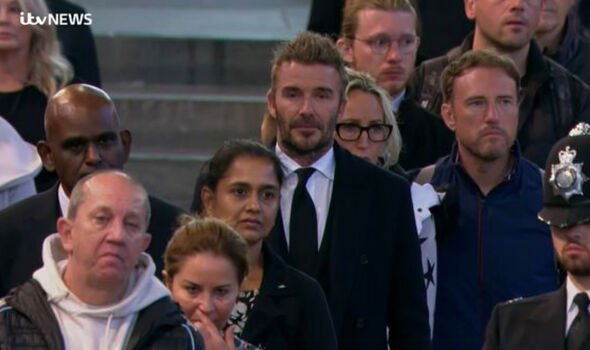 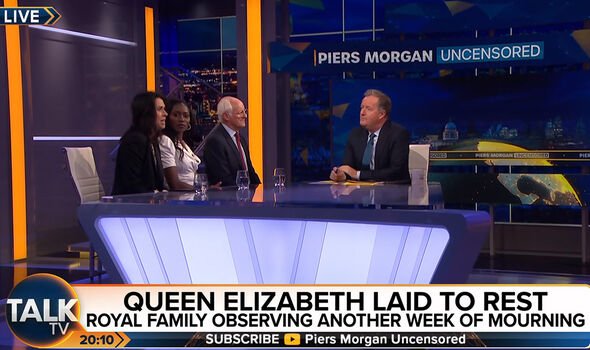 Celebrities including David Beckham and Susanna Reid, who queued with her mum, have been praised for waiting their turn in the queue.

An ITV spokesperson told Expess.co.uk: “This Morning had press accreditation and like other media, Phillip and Holly were escorted to work from the press gallery by government staff. They did not file past The Queen’s coffin.

“They were there alongside a host of other broadcasters and national press outlets for an item that will be broadcast on Tuesday’s show. Any allegations of improper behaviour are categorically untrue.”

On Tuesday, Holly addressed the controversy and said: “Like hundreds of accredited broadcasters and journalists, we were given official permission to access the hall.

“It was strictly for the purposes of reporting on the event for millions of people in the UK who haven’t been able to visit Westminster in person.

“The rules were we would be quickly escorted around the edges to a platform at the back.”

“In contrast, those paying respects walked around a carpeted area beside the coffin and were given time to pause.

“None of the journalists or broadcasters there took anyone’s place in the queue and no one passed by the Queen,” she added.

“We, of course, respected those rules, however, we realise it may have looked like something else.

“Therefore, (we) totally understand the reaction. Please know, that we would never jump a queue.”

Piers Morgan Uncensored airs on TalkTV on weekdays at 8pm.

Summer sizzles speakers: how to keep your tunes safe in the sun