Bosses were told money was no object when filming the spectacular scenes. 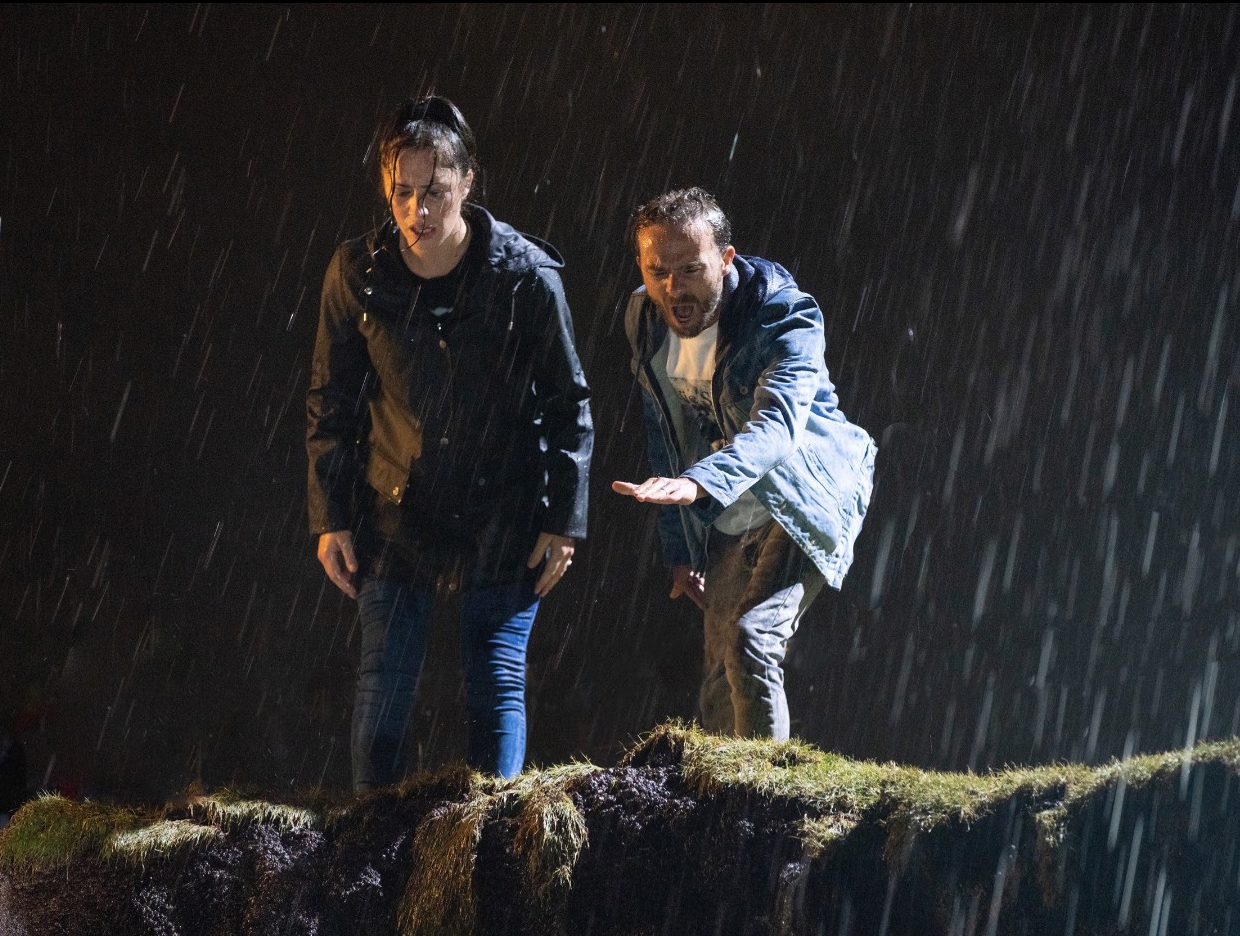 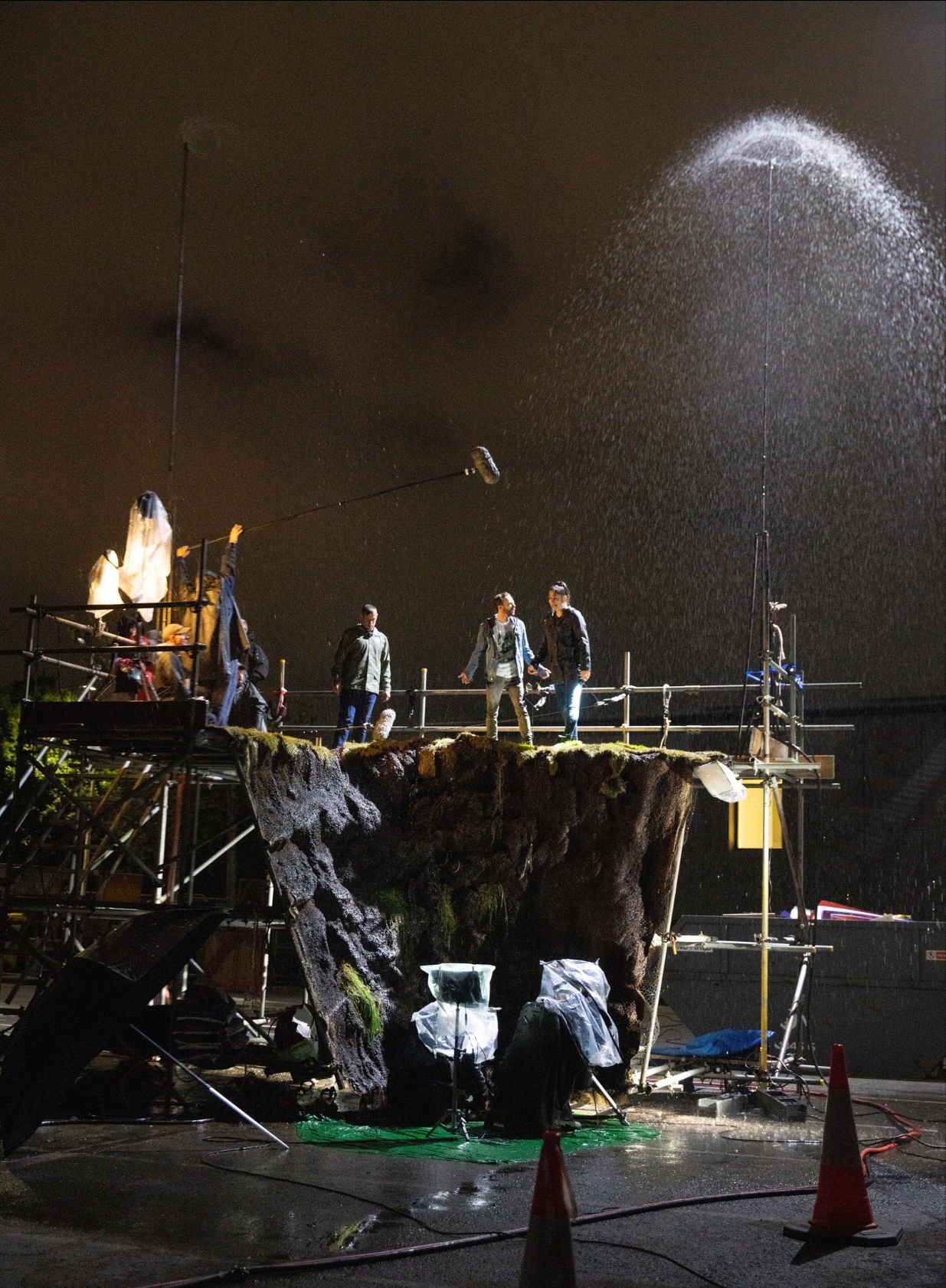 Our exclusive images show a warren of pools and tunnels plus 30ft platforms for stunt performers to leap from.

A fix was attempted — but a huge storm triggers disaster in episodes from October 18.

Bosses told how they needed studio approval to pump in five tanker-loads of water.

Executive producer Iain McLeod revealed: “We talked to the network earlier this year where we said, ‘What if we do something where money is no object, to show we are back?’.

“I wrote an outline, thinking, ‘There’s no way we’ll be able to do it’, but they said we could.

“Once I picked my jaw up off the floor we set about making something that makes you go, ‘What have they just done?’.

“It is more ambitious than anything we have done before.

“People on prestigious movie productions came for a look and were left open-mouthed.”

Design expert Chris Kay added: “We could only dig 70cms on the main Corrie set so we had to create a platform and the edges of the sinkhole.

“We used CGI for the extra depth. It took two months to build the set and two days to fill the pools.”

In 2010, a tram crash for the soap’s 50th anniversary was watched by 15million. It cost a reported £1million to stage. 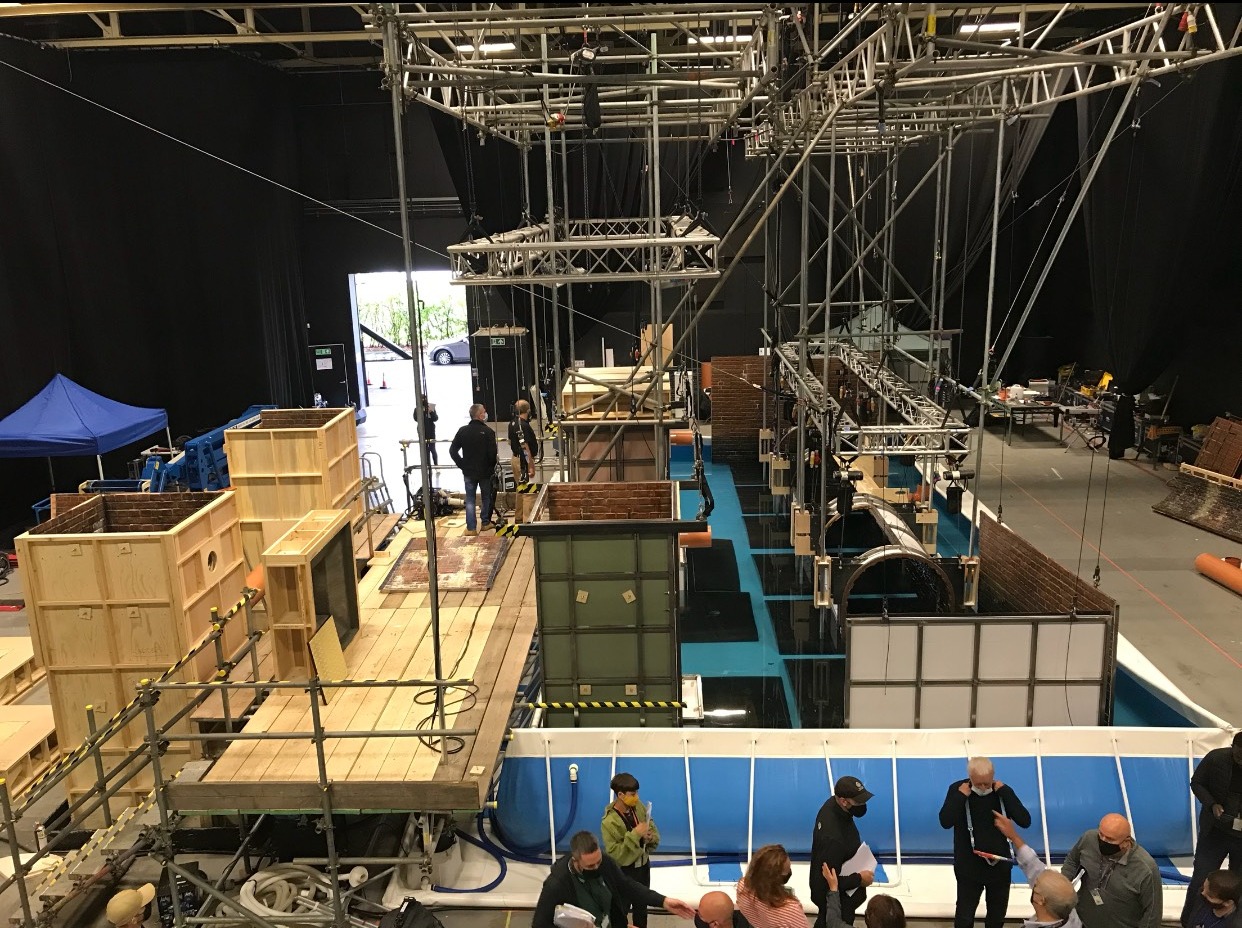 Deal of the Day: Get Amazon Music Unlimited free for three months

Demi Moore says she ‘changed’ herself for her marriages

Emmerdale returns to filming after shutting down during pandemic – The Sun