Warning: This article contains spoilers for this week’s EastEnders episodes

The BBC soap has been making episodes available to viewers a week in advance, with four instalments shared on BBC iPlayer as the Commonwealth Games replace the show’s usual slot, although they will still air on TV throughout the week. In upcoming scenes, Ranveer Gulati (played by Anil Goutam) will be killed off following a big showdown, but a major twist will complicate things even further and leave some characters caught in a chaotic web of lies.

The Square’s villain will go head-to-head with Suki Panesar (Balvinder Sopal), but the plot soon thickens.

Viewers will know Ranveer agreed to give Suki his business before making it clear he had other motives for his offer.

In Friday’s episode, Ranveer’s disturbing behaviour made Suki feel uncomfortable while they were having a celebratory drink after he chose her over Kheerat Panesar (Jaz Deol) to take over the business.

“You are a very strong woman, Suki Panesar,” he told her.

“I’ve had to be,” she replied, to which Ranveer added: “And your children should show you more respect.” 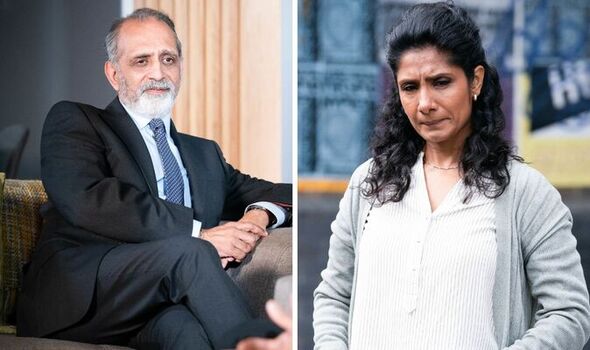 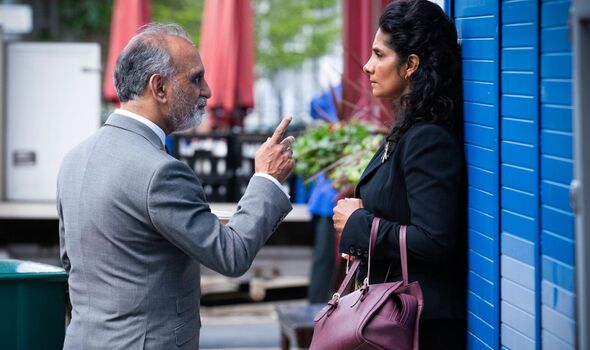 He went on: “Kheerat, in particular, is quite the disappointment.

“He’s supposed to be the head of your family, and yet he’s off playing dad with someone else’s.

“We ought to go to Mumbai soon, get the lie of the land.”

“On that note, shall we sign the contract?” Suki asked, keen to move forward with the business deal.

Laughing, Ranveer replied: “That’s another thing I admire about you, always getting straight down to business. 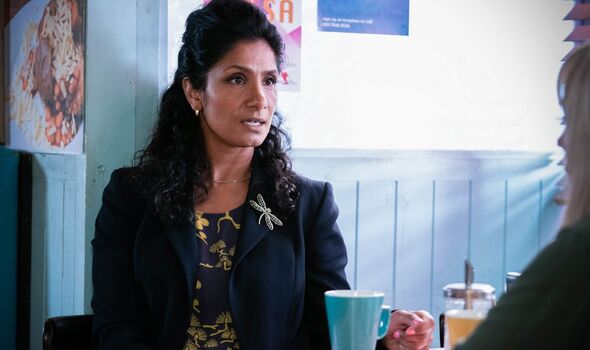 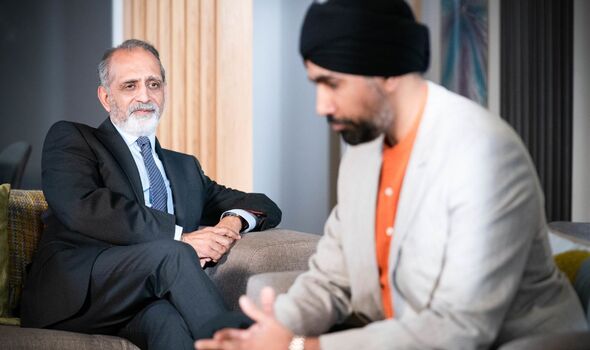 “But let’s not be too hasty. There are still a few details to smooth over.

“Before we formally agree to anything, I need to know how important this collaboration is to you, and exactly how far you’re willing to go to seal the deal.”

He made it clear he would only go through with the agreement if Suki slept with him, which left her horrified.

Scheming Suki comes up with a plan in this week’s episodes, though.

She plays along with Ranveer’s advances and invites him over to her house for dinner.

While there, she explains she will sleep with him in exchange for the business, but only if he signs the contract first.

After some persuasion, Ranveer agrees and signs the contract.

However, Suki then admits she has been recording the conversation and has evidence of his blackmail.

Furious, Ranveer becomes violent with rage, smacking Suki and lunging at her.

In a desperate attempt to defend herself, Suki grabs a clock and hits the businessman over the head with it, causing him to fall unconscious.

Soon after, Ranveer’s son Ravi Gulati (Aaron Thiara) turns up. He instantly thinks his dad is dead and offers to help Suki hide the body.

A shaken Suki can’t believe what has happened and is devastated, so Ranveer urges her to get some air.

However, Ranveer is actually alive at this point and becomes angry with his son.

A second showdown erupts as the father and son fight, and Ravi once again hits his father with the clock with a greater force, this time killing him.

He hides the body and gets his hands on the footage, but fails to confess to Suki that she hadn’t killed Ranveer.

This week’s EastEnders is now available to stream on BBC iPlayer.

Relaxing Covid lockdown is a 'very big step' that WILL trigger surge in cases and deaths, expert warns

Roblox, the gaming site, wants to grow up without sacrificing child safety