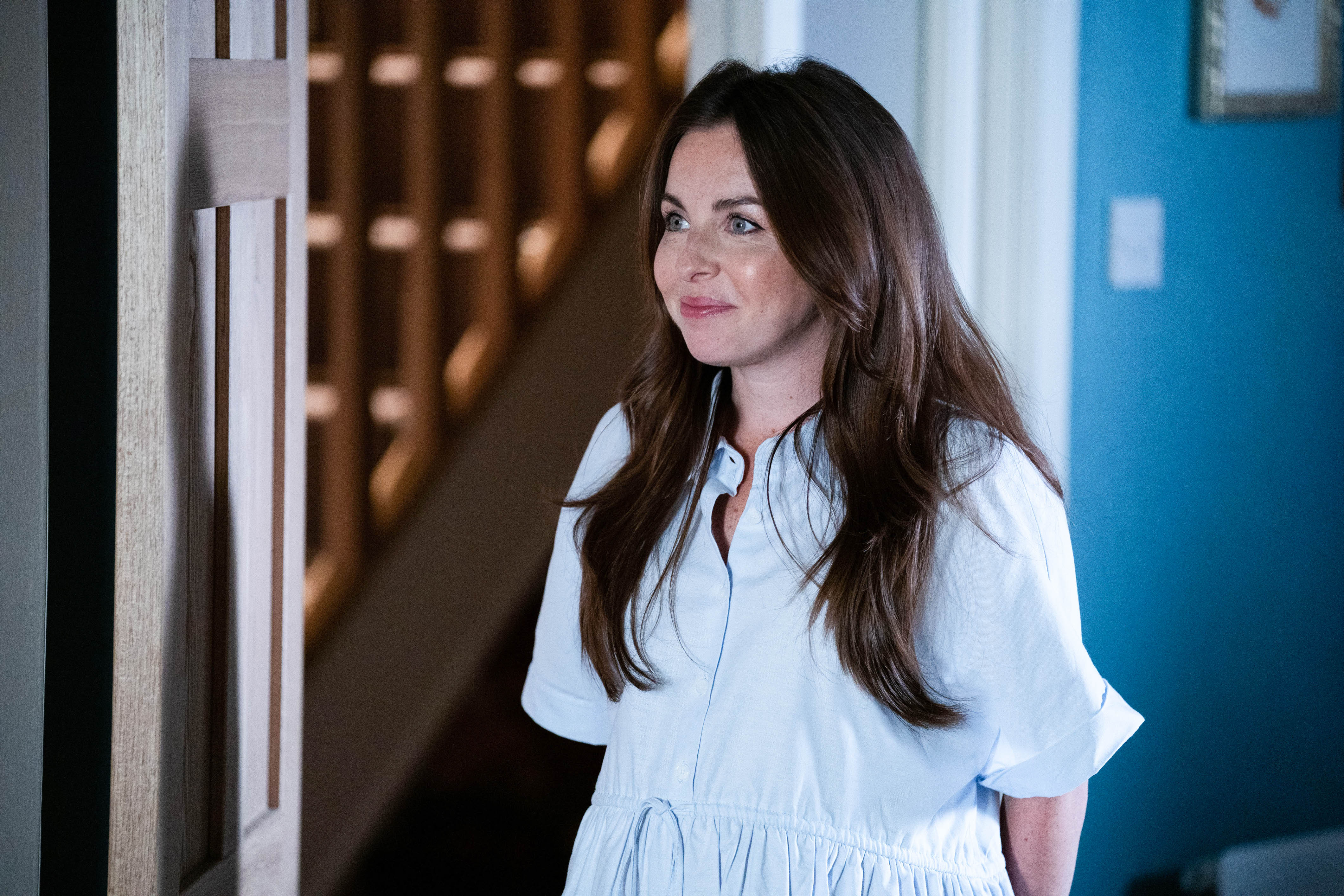 EastEnders star Louisa Lytton has revealed that she cried on the Tube after feeling ‘sick with guilt’ over leaving her daughter for a week due to work commitments.

The actress, best known for playing Ruby Allen on the BBC One soap, took to social media to share that she had been crying on the Elizabeth line after departing for work, leaving Aura with husband Ben.

‘Just me crying on the Elizabeth Line’, she wrote on a picture posted on her Instagram Stories, before adding that she’s not even away for a full week.

The post come shortly after Louisa shared a picture of Aura, 1, dressed in a Halloween-inspired outfit.

‘A little Halloween fun this AM before I leave for work,’ said the soap star.

‘I feel sick with guilt for going to work.

‘So silly I know. I’ve brought a whole book and I intend on finishing it.’

Louisa welcomed baby Aura in September last year, and shortly afterwards, she appeared on Loose Women to introduce her to the world.

Discussing her daughter’s moniker, she said: ‘We had a shortlist of girls’ names and boys’ names, but we forgot about the girls’ names.

‘Ben found it somewhere when we then had her, it was such a shock to the system that we didn’t name her for the first few days because we hadn’t thought about it, so we went back to list and it seemed to be the name that suited her the most.’

Louisa’s last scenes on EastEnders to date, which aired last September, saw Ruby taken away by the police, after her manipulation and scheming backfired dramatically.

However, viewers soon discovered that – in spite of the lies she’d told – Ruby was actually pregnant at the time of her arrest.

The Sister viewers ‘freaked out’ over first episode of psychological thriller

‘No one could speak to her’: A lonely end to a long and full life