Emmerdale’s Ross Barton will make a shock exit decision tonight (November 1) after Rebecca White has a change of heart about leaving.

Ross (Michael Parr) and Rebecca (Emily Head) have recently come up with a surprising plan to depart the village together, but their decision has been met with objection from those around them.

For one, Robert (Ryan Hawley) is horrified by Bex’s plans to take Seb with her and is adamant that their son will be going nowhere. 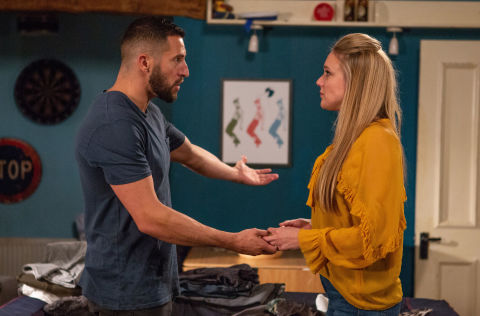 Charity also feels exactly the same way about Moses, not wanting to be separated from her son just because Ross wants to go.

As the bad feeling grows, Thursday’s scenes will see Rebecca suggest to Ross that they wait a few months before leaving.

However, with Ross stubbornly refusing to do this, he later takes decisive decision over his future. But what is he planning and how will Rebecca react?

Emmerdale has previously announced that Ross will be leaving the show, as Michael Parr has decided to bow out and pursue new projects. So, will Rebecca let Ross go without her?

Emmerdale airs these scenes tonight at 7pm and 8pm on ITV. 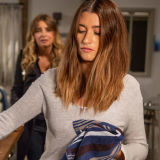 ‘Widows’ and ‘The Chi’ Found the Secrets of Chicago, Hiding in Plain Sight

Power season 5 premiere date, cast and everything you need to know