She was out on the Toon with Chloe Ferry and Sam Gowland for a night at the Tomahawk Steakhouse in Newcastle. 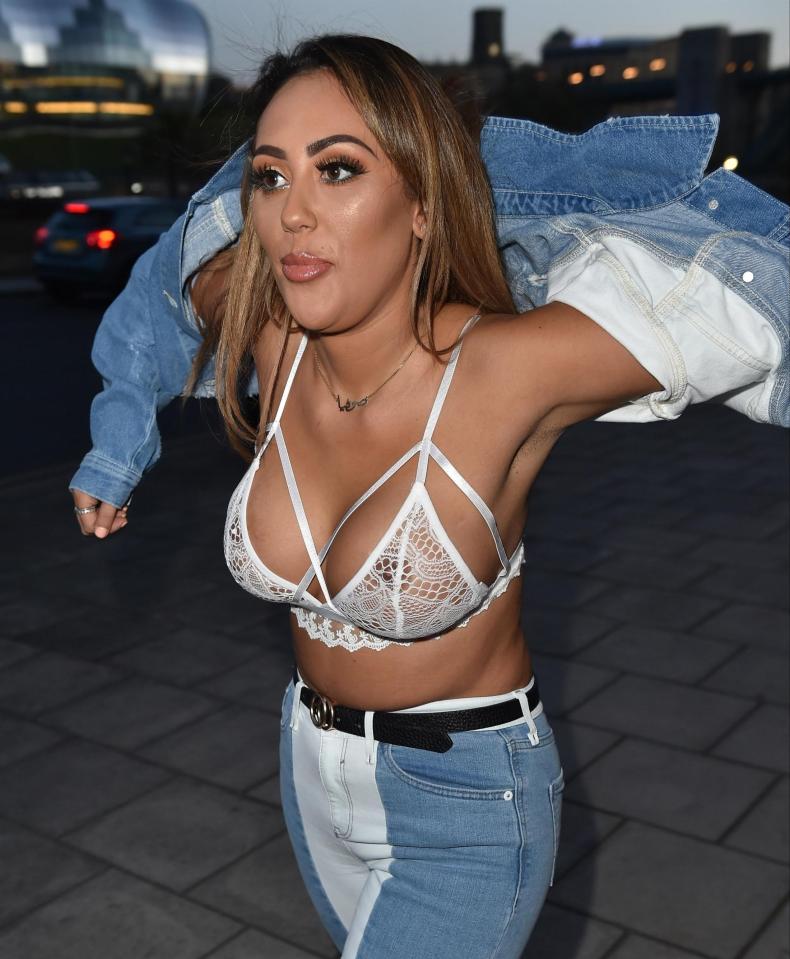 Cast mates Abbie Holborn and Nathan Henry also joined in with the party.

Sophie started the night with denim jacket over her white bra but was later seen taking it off – the weather has been very warm.

She wore matching blue and white denim jeans and a pair of white boots for the night out.

The reality star recently lost two stone in weight and flaunted her tan and flat stomach in the revealing outfit. 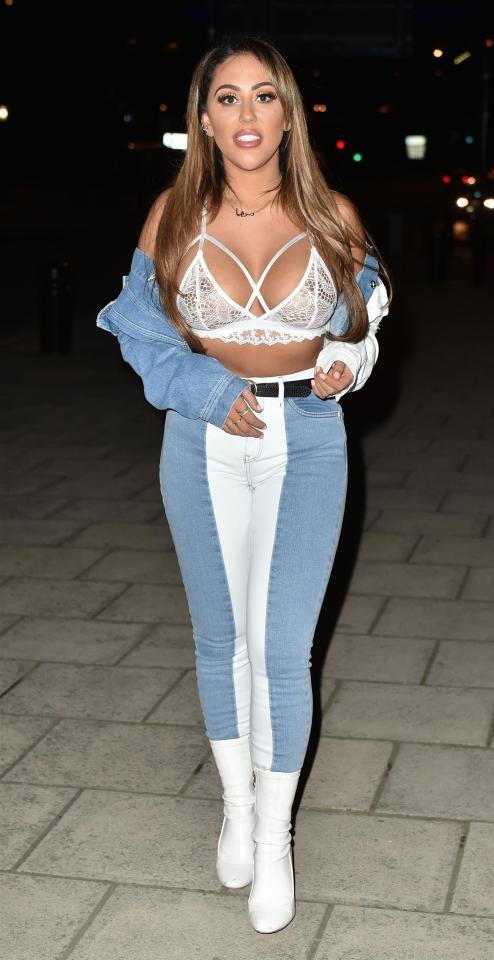 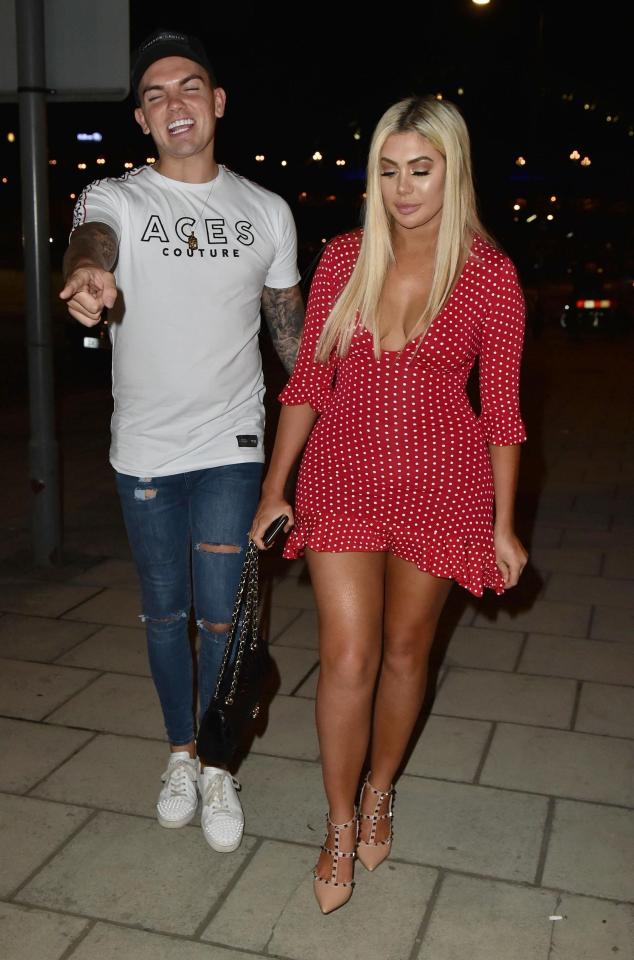 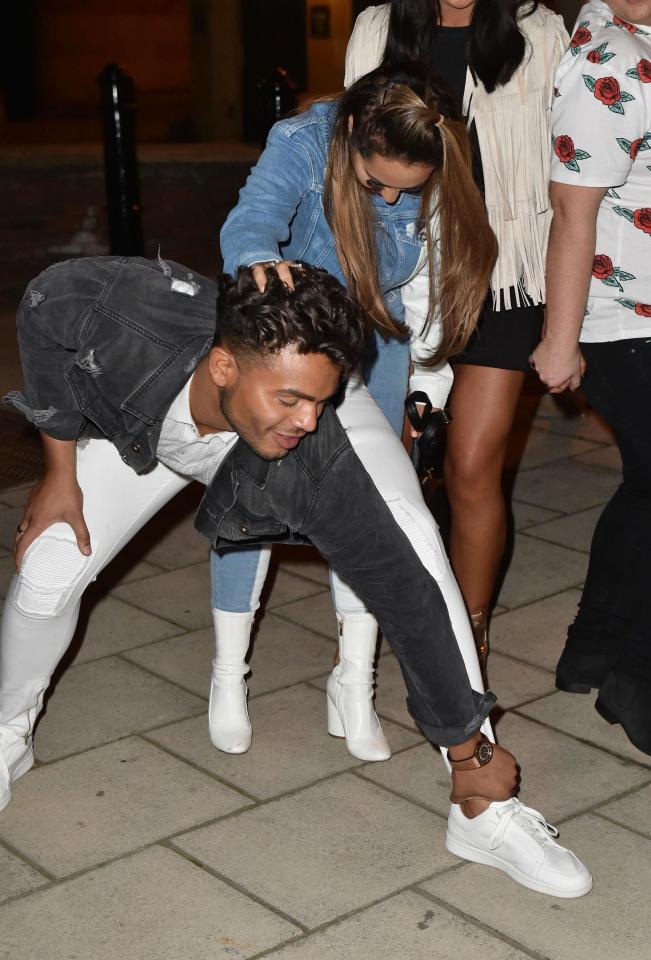 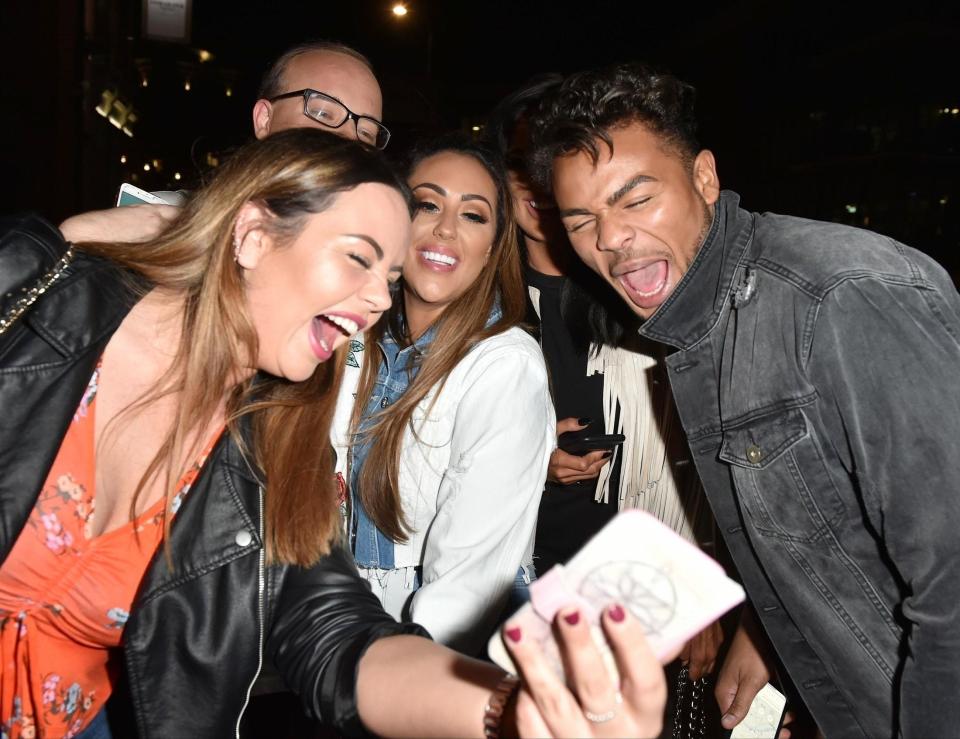 Abbie later posted a photo to Instagram of their night out – captioning it “Thirsty Thursdays”.

Sam and Chloe, who have been dating since October, were seen looking loved up as they hung out with their friends – and didn’t seem to want to leave each others’ sides.

She wore a short red dress which showed off her tanned legs, while Sam looked more casual in jeans and a t-shirt.

Later in the night the pals posed for a selfie together – and it seemed like they may have had a drink or two with dinner. 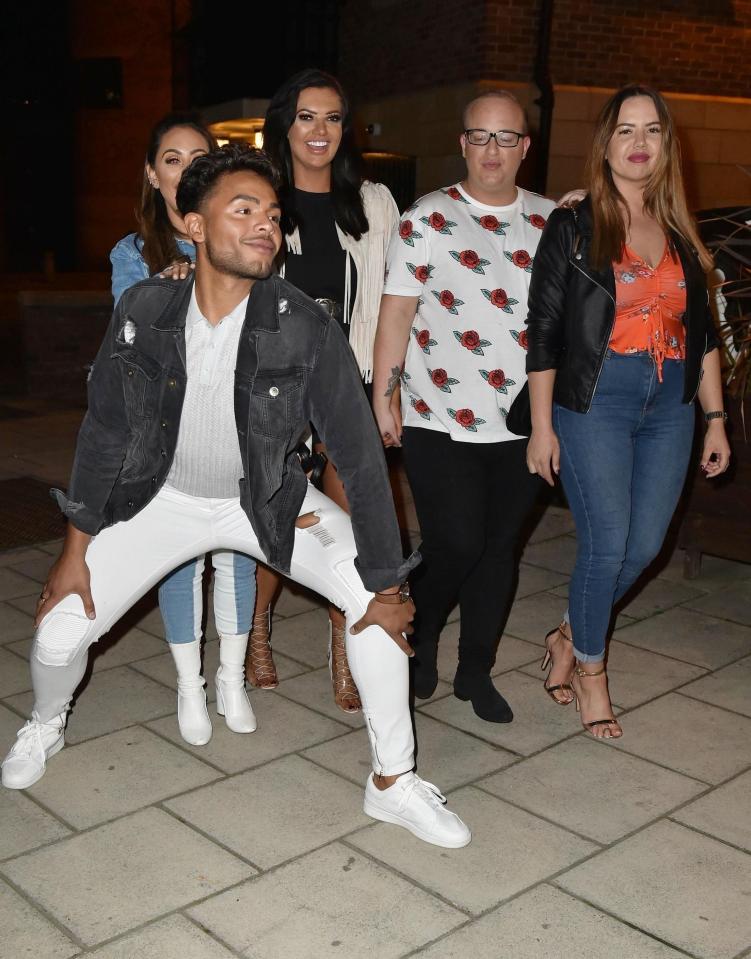 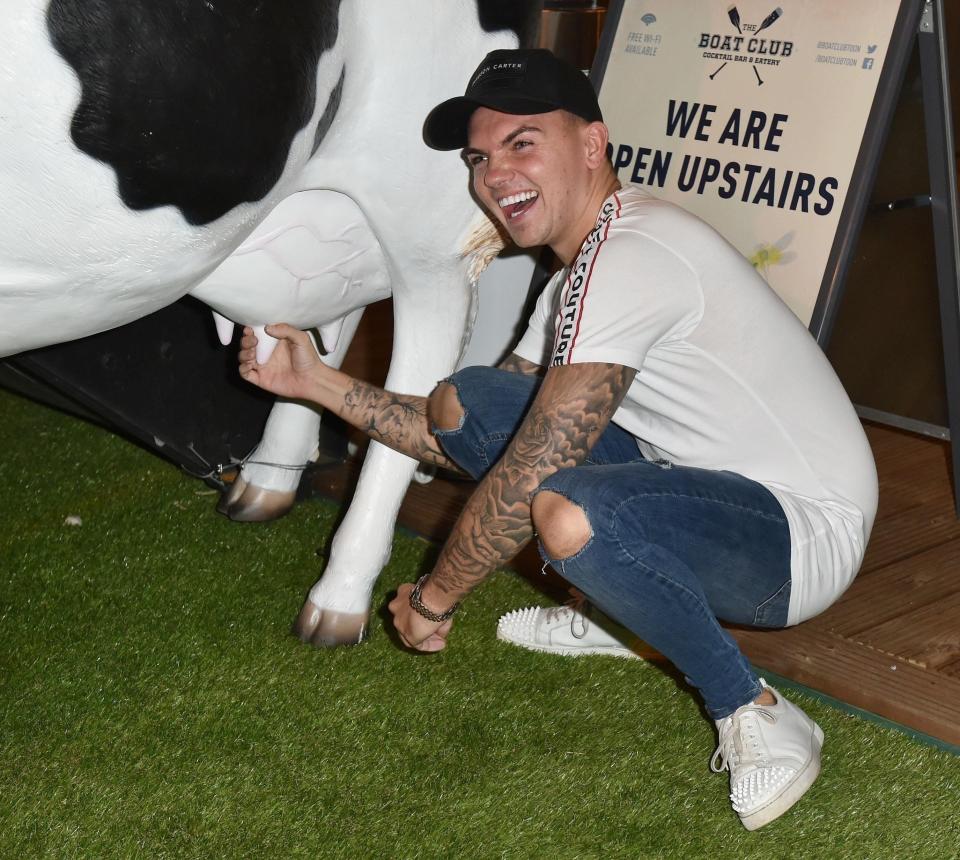 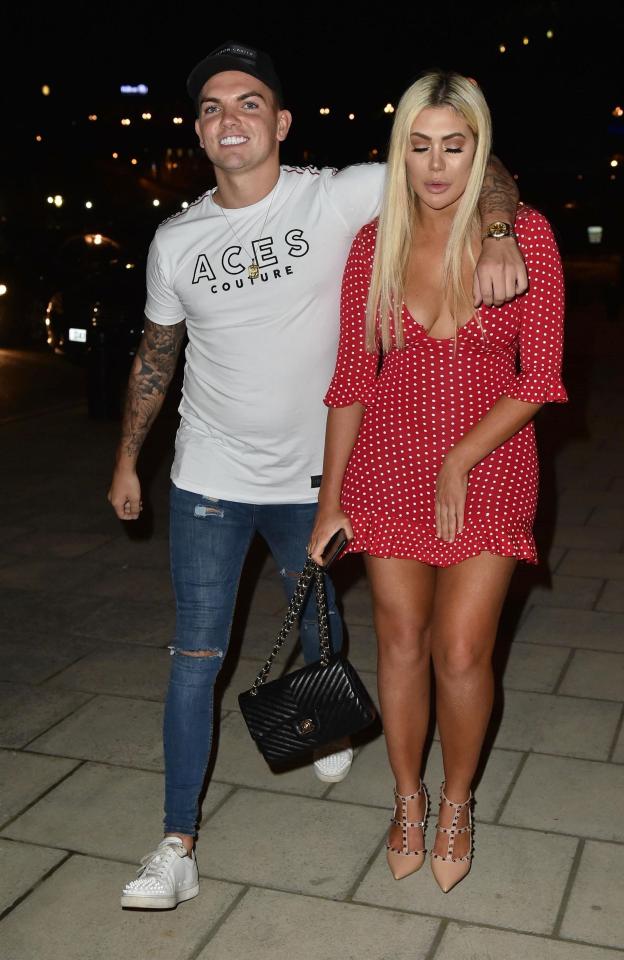 Nathan also did a spot of his signature twerking as Sophie pushed his head down to the floor.

Sophie appeared to be suffering after the big night, writing on Twitter yesterday: “Constantly hungover.

“How the hell does it always escalate…. from a chateaubriand to coming home daft o’clock in the morning…

“Now I’m trying to pretend I’m not hungover to dad becoz we are off on a family holiday”.

Sophie recently showed off the full extent of her body transformation with a dramatic before and after shot on Instagram.

In the first shot, Sophie is wearing a khaki bikini and has very little body definition, while in the second image she has a trim waist and very pert bum. 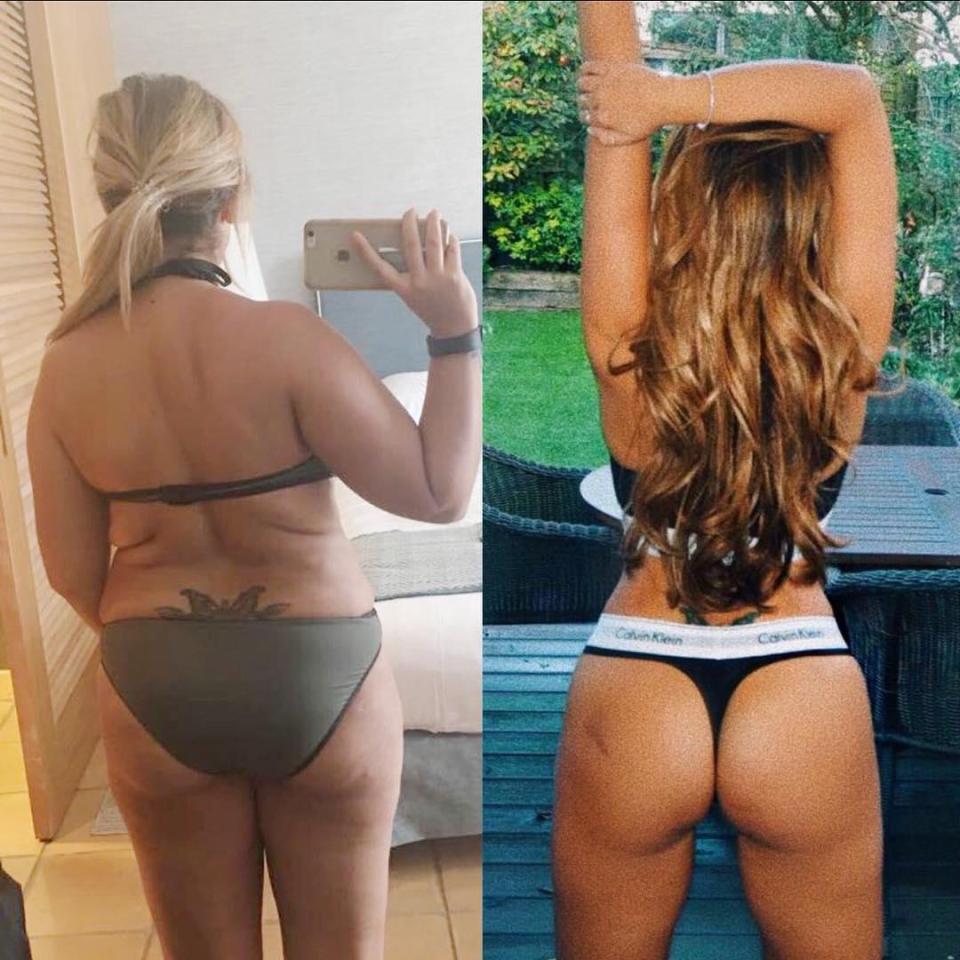 Wearing a Calvin Klein thong and crop top, the Geordie Shore star looks a far cry from her former self in the sexy shot.

Alongside the image, Sophie explained her waist loss journey, telling fans it had been hard work.

She wrote: “So this time last year I was just beginning a journey that would change my life. Not only did I drop weight and dress sizes but I also gained so much self confidence.

“And not just from the way I looked, I felt healthier, less sluggish and full of energy. I sometimes had a “can’t be arsed” attitude before and had no energy to do anything, whereas now I’m so 'get up and go' with everything.”

Discussing her change in attitude, she continued: “I didn’t realise it would have so much of an effect on my mental outlook. Stuffing yourself with junk food is fun but it held me back from making the most of life and that’s exactly what I’m doing now.”

Kinda Queer, Kinda Straight. But I’m Not Confused At All.

What happened to Anthony Avalos? The 10-year-old boy featured in The Trials of Gabriel Fernandez – The Sun