The gaffe had fans at home laughing and questioning what was going on, while poor Carol, 57, remained oblivious. 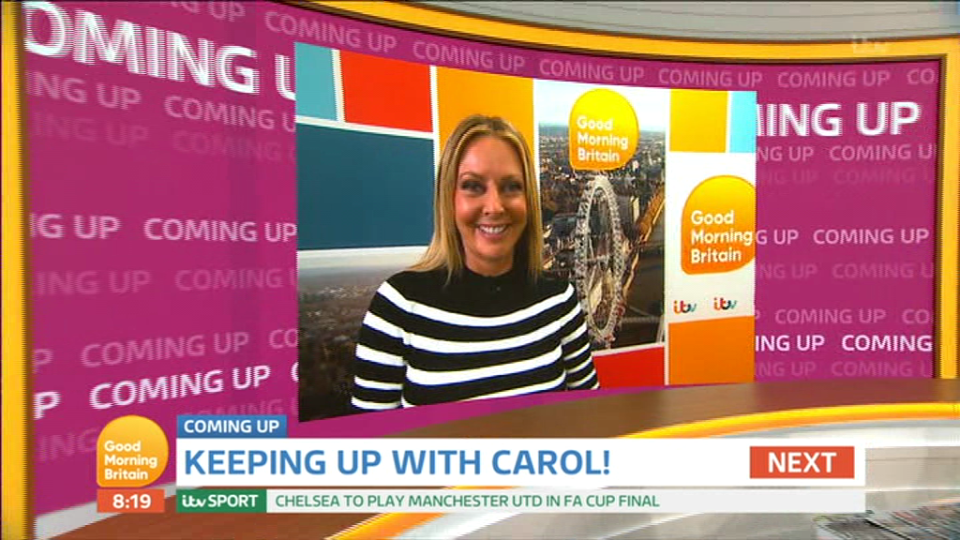 Writing on Twitter, one wrote: "Poor Carol Vorderman….I’m pretty sure her mammaries weren’t planning on being zoomed across the country this morning ? #GMB.

The former Countdown star was looking typically youthful with sleek hair and a striped jumper for her interview with Piers Morgan and Susanna Reid. 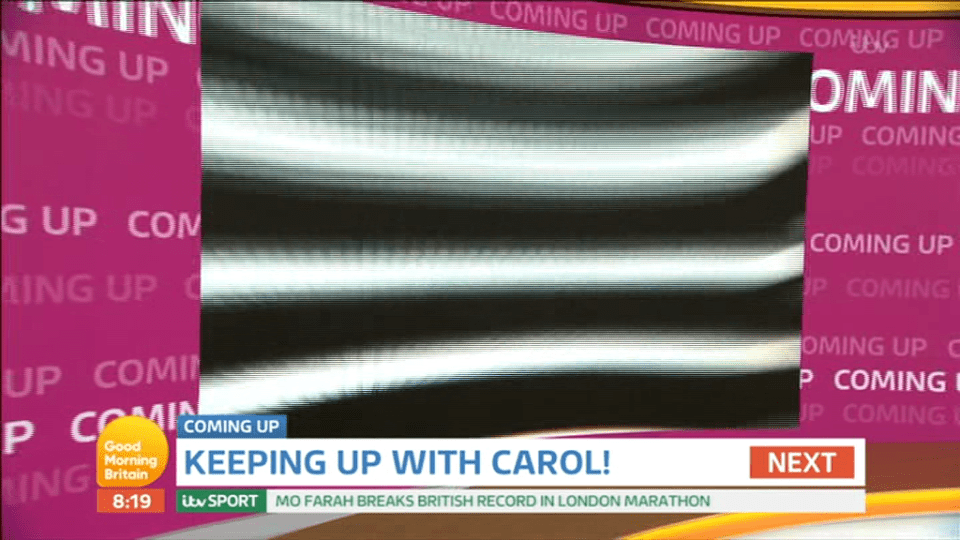 Earlier today Piers and Susanna were caught eating their breakfast live on air.

The pair were taken by surprise as the cameras started rolling while they were tucking into a feast of apple and peanut butter.

Susanna, 47, apologised when she realised viewers had seen her munching on the fruit.

However, Piers, 53, was unrepentant and started moaning at GMB bosses for not putting a toaster in the new studio following their move this month.

He complained that he's been forced to go without his beloved brekkie of toast and banana.

Piers raged: "I don't like apple and peanut butter because it's healthy. 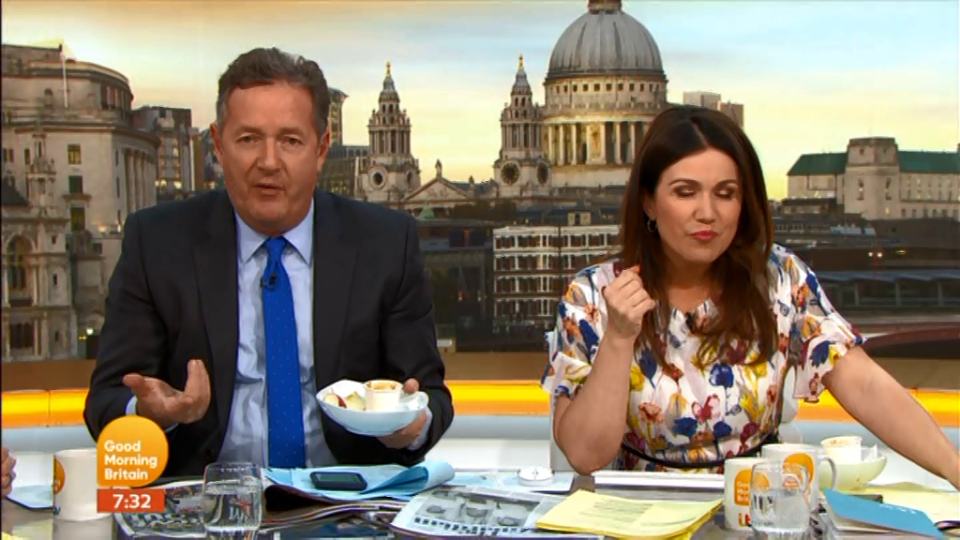 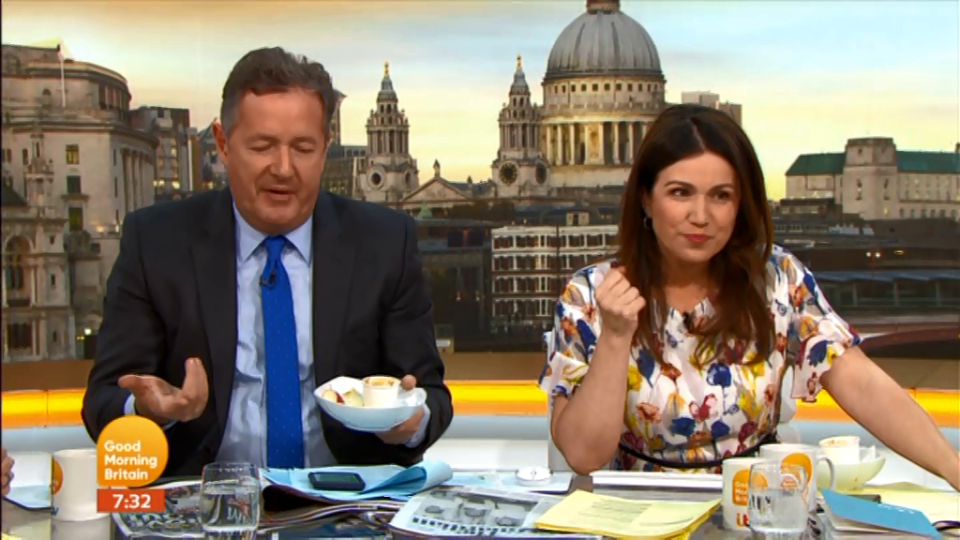 "But we can't have a toaster here because of health and safety… so that means I can't have toast and banana.

"The breakfast I've been having for two-and-a-half years."

Susanna then added: "That doesn't explain the fact that I shouldn't have been eating on air."

After coming back from an ad break, Piers declared he'd won his fight with GMB bosses and they had agreed to get him a toaster. 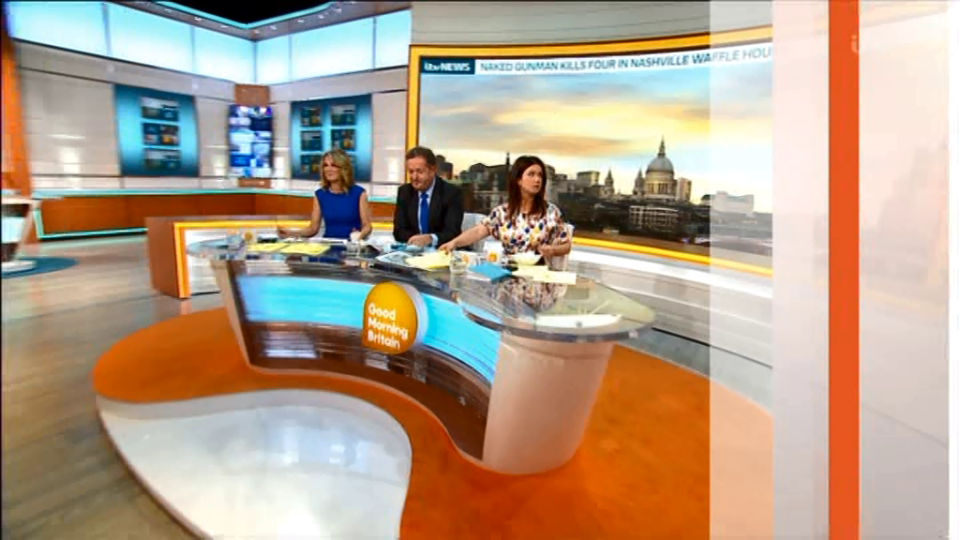 He said: "Breaking news – we are getting a toaster!"

Piers went on to clarify that the toaster is for "everyone" and not just him, but Susanna insisted his grumbling had done the trick.

She said: "First it was Wenger leaving Arsenal and now the toaster – your campaigns are starting to work."

He added: "I always get what I want eventually."