As thousands flocked outside the gates of Windsor Castle, many paid their respects to the death of Queen Elizabeth II by laying flowers and notes down. Prince William and Princess Catherine made their first public appearance after being reinstated as the Prince and Princess of Wales. The couple were joined by Prince Harry and Meghan Markle, which came as a surprise to many after the brothers had been involved in a rift within the family, but they reunited to pay their respects to their grandmother.

Discussing the brothers coming together in their time of grief, GB News host Mark Longhurst was joined by Cameron Walker and Richard Fitzwilliams.

Touching on their arrival, Mark discussed: “Richard, we remember what Harry said about surrounding the Queen and that she had the right people.”

Richard explained: “That was a very curious thing to say because before the Invictus Games when he and Meghan visited the Queen.

“This is something that is absolutely extraordinary, assuming that it means what we interpret it to mean, it is really a significant hope of reconciliation that we can see here. 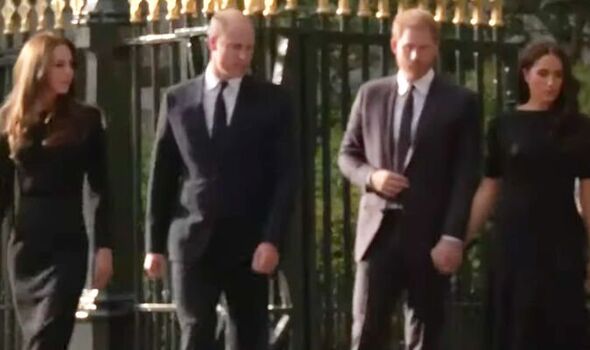 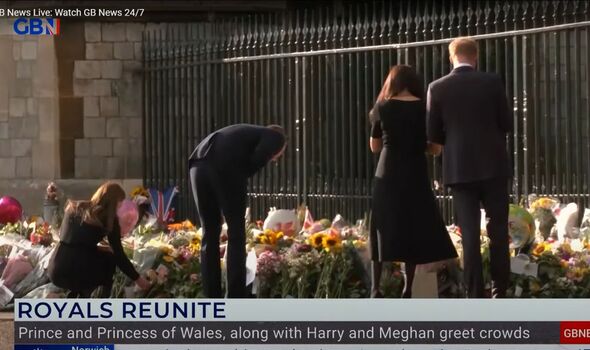 “Because after the passing of the Queen, with King Charles yesterday specifically referring to Harry and Meghan…”

Mark interrupted and highlighted: “And his love for Harry and Meghan.”

Richard continued: “His love for them but essentially that also put it into their ballpark, so to speak, on how they would respond.

“We did hear, unofficially, William wanted to own the past, or words to that effect, this is William’s invitation. 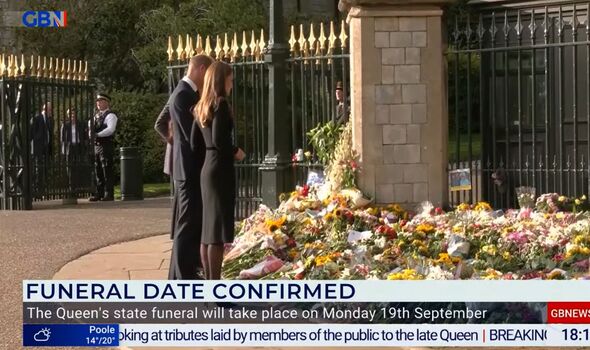 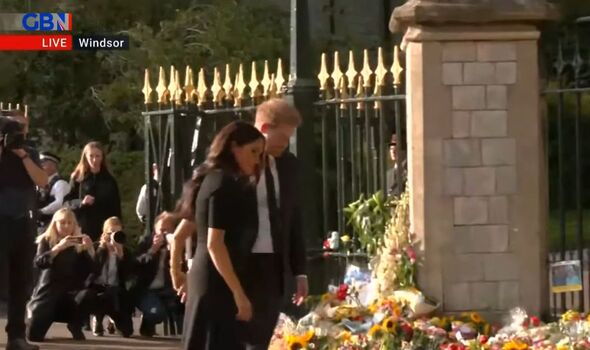 “And that may be a very significant step towards healing a rift that as you say is so deep, despite their homes being so close.”

Mark turned to Cameron and asked: “And you bring the news Cameron that the Royal Family will be walking behind the Queen’s coffin.

“We remember 25 years back when both Harry and William walked behind their mother’s coffin and the difficulty they found in that, will the two be able to support each other now?”

Cameron admitted: “They certainly will, and I think it will also detract from unwanted headlines and speculations, up until the point where they will be walking behind Her Majesty, The Queen’s coffin.

“If we weren’t seeing them images today a couple of days after Her Majesty’s death, I can almost guarantee you a number of media outlets would be speculating.

“Will William and Harry refuse to be 10 yards of each other?’ you know, but now I think it is pretty clear that Meghan and Harry are still members of the family.”

Mark added: “There is this process of the Vigil of the Princes where they stand guard over the Queen’s coffin in Westminster Hall, at the four corners, we maybe take now the two brothers may be able to be together for that?”

Cameron added: “Yes, I would say so it is a pretty good assessment, we have the counsellors of state, Prince of Wales, the Duke of Sussex.

“In terms of William and Harry, I think it is very likely to see them perhaps.”

Mark added: “With perhaps the Earl of Wessex and the Duke of York together as well, listening to what the King said about his sister and his brothers has been void by the wishes.

“He was indicating that this is a family together mourning the loss of their mother and grandmother.”

Why You Should Be Terrified Of Trump’s Rambling, Ridiculous ‘Daily Caller’ Interview [Opinion]

‘Happiness’ Episode 12 Finale: Did the Tenants and Yi-hyun Survive?