Maddie Poppe was crowned the winner of American Idol on Monday. While the 19-year-old singer is the show’s first champion since its revival on ABC, there were a lot of contestants who came before her over its 15 seasons at Fox.

Jimmy Kimmel reunited a few memorable alumni on Monday’s episode of Jimmy Kimmel Live! and had the past contestants sing about their lives since the show in a song called “Where Are They Now?”

The late-night host brought back William Hung, who became famous for singing Ricky Martin‘s “She Bangs” during his season three audition. He also brought back season six’s Sanjaya Malakar, who’s remembered for his hair as well as his voice, and Antonella Barba. He even invited Trista Giese, also known as “Chewbacca Girl,” from season six and Kevin Covais from season five to join in on the fun.

Season 10’s Haley Reinhart, season eight’s Scott MacIntyre and season seven’s Reynaldo Lapuz were there, too. Kimmel even invited “General” Larry Platt, who’s most remembered for his season nine performance of “Pants on the Ground.”

The alumni gathered in a recording studio and sang about what they’re up to these days.

“I sing to corporations inspirationally ,” Hung belted. “And ladies, now I’m single. So, Snapchat me.”

“I work at a bar mixing signature cocktails,” Malakar added. “I also do construction on the side.”

“We sold millions of albums. What are we doing here?” they crooned.

Even former judge Randy Jackson and Crying Girl made cameos.

Watch the video to see the reunion. 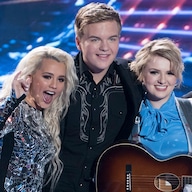 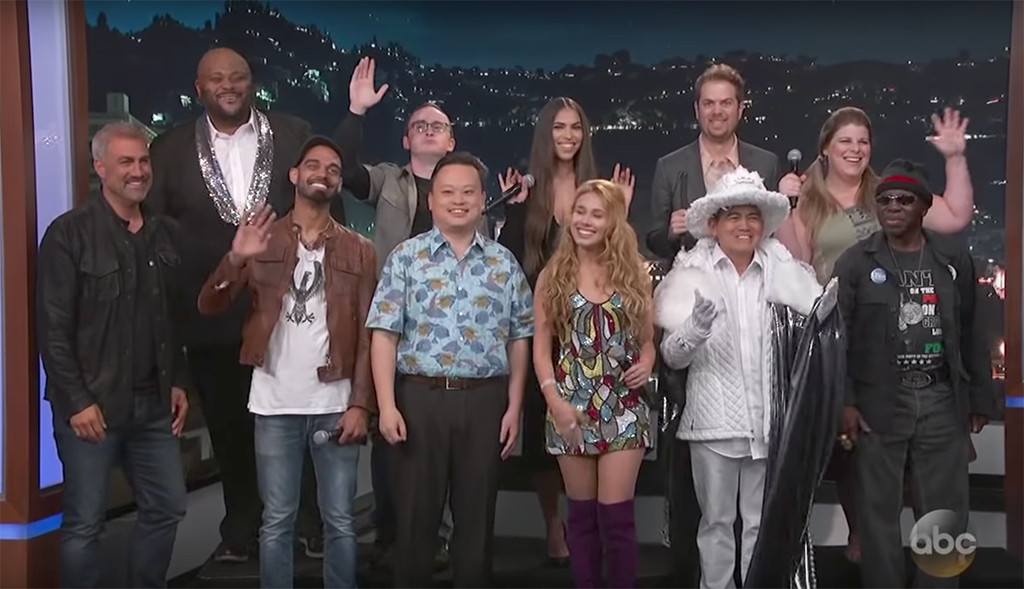 Last night’s finale was certainly eventful. In addition to being crowned the winner, Poppe shocked viewers when it was revealed she’s dating runner-up Caleb Lee.