“I’ll be truthful: I was very cheeky,” the “Goodfellas” and “Sopranos” actress tells TheWrap of email to Sambuca mayor 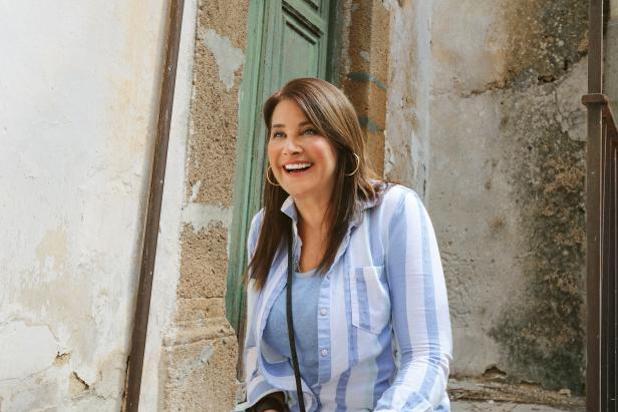 You’d think Lorraine Bracco would have been to Italy by now, but it took a one-euro home — and HGTV — to get her there.

The 66-year-old star of “Goodfellas” and “The Sopranos” admits she gamed the system to land one of the 16 sought-after (and basically free) Sicily fixer-uppers, which was really more of a tourism advertisement than an earnest real estate opportunity. (When done correctly though, like by Bracco in “My Big Italian Adventure,” it’s a win-win.)

“I’ll be truthful: I was very cheeky,” Bracco recalled of the email that got her selected into the program. “When I wrote to the mayor, I wrote that I was an Italian-American actress and I was really interested in getting one of the one euro [houses]. And I did mention that I could get HGTV to come with me and cover it.”

But her onscreen work is not what got Bracco the keys to what equates to a $1.30 home in Sambuca, Italy: Bracco told TheWrap she is much better known over there for “Rizzoli & Isles.”

“Rizzoli & Isles” is a big hit in Italy, in part because Sasha Alexander (who played Isles — Bracco played Rizzoli’s mom in all 105 episodes) is married to Italian director Edoardo Ponti, the son of producer Carlo Ponti’s and actress Sophia Loren.

Of course, Bracco ultimately needed more than a cable-TV procedural, her Italian heritage and that one euro note. There were hidden costs, both monetary and mental.

“I had to send that one euro from my bank and wire transfer it into a municipality bank account over there, which cost me $30!” Bracco said. “And from that I should have known I was getting myself into a lot of trouble.”

Then factor in the renovation costs and “One euro, my ass,” Bracco, who also owns a home in the Hamptons, said.

She plans to spend three or four months per year at her completed Sambuca home.

On “My Big Italian Adventure,” Bracco heads to the tiny hilltop town of Sambuca di Sicilia accompanied by an architect, a contractor (Piero) and a translator (Cynthia) — and remodels a 200-year-old, 1,075-square-foot home that she purchased. Her renovation budget was many, many, many multiples of her one-euro purchase price.

The mayor of Sambuca famously created the one-euro program to help sell the town’s vacant homes quickly and inexpensively. The goal was to encourage families to return to the rural oasis, but the catch is that renovation on the homes must be completed within three years of purchase.

It also drove a whole lot of social-media chatter and attention to the tiny town.

Bracco’s centuries-old home had no electricity, running water, kitchen or bathrooms and needed to be gutted due to its deteriorating floors, crumbling walls and dilapidated roof. But in the end, HGTV promises “a stunning entryway with a custom tiled rug, a dreamy Sicilian-inspired bedroom and an indoor courtyard with a custom water feature.”

“My Big Italian Adventure” premieres Friday at 9/8c on HGTV.

Princess Diana's Staple Sunglasses Are Proof That Her Style Is Timeless