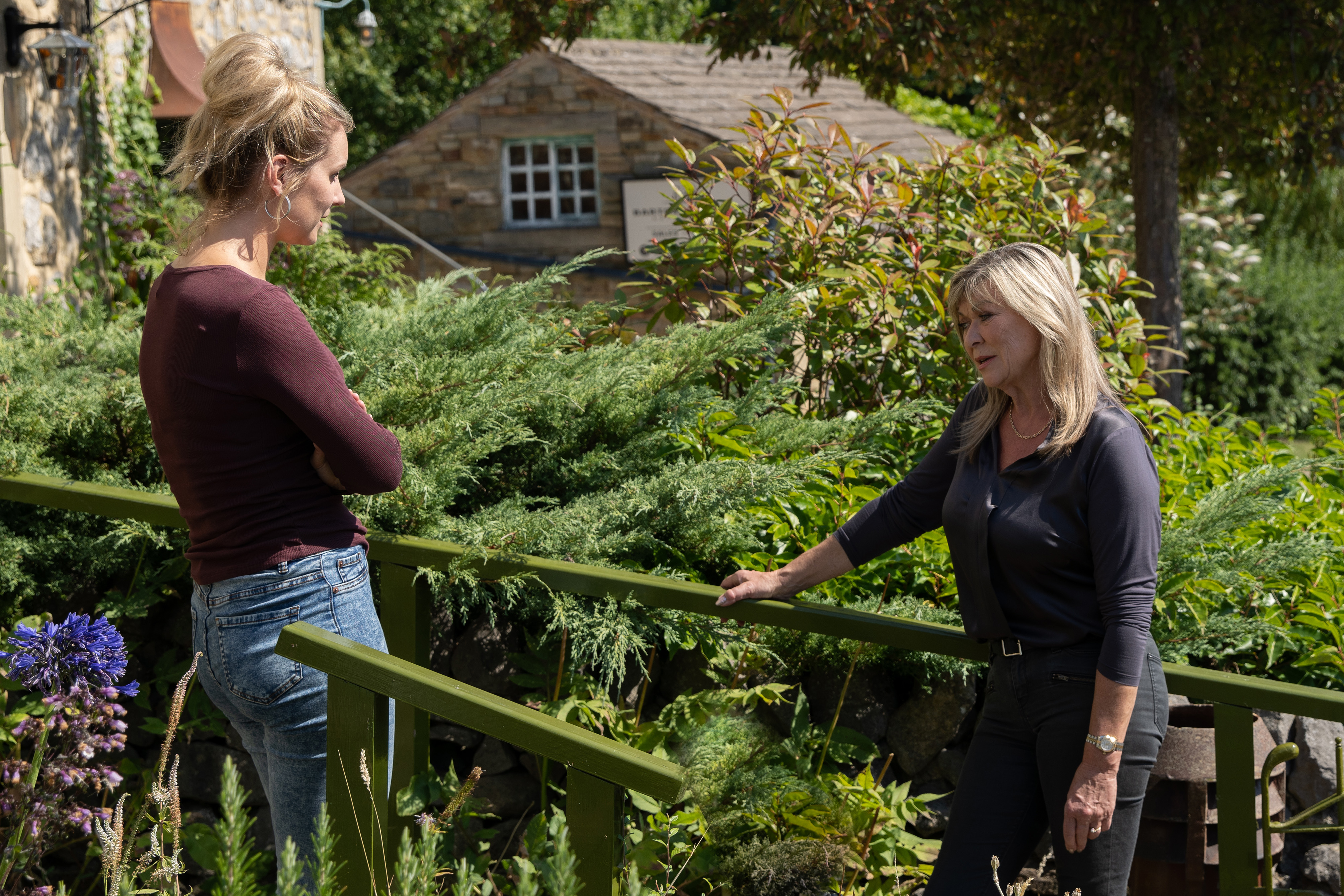 Dawn (Olivia Bromley) should really know by now that you don’t go against Kim Tate (Claire King)’s wishes, or you’ll face the wrath of the scariest woman in Emmerdale. But this is exactly what she decides to do in this year’s seasonal episodes.

Gabby (Rosie Bentham) and Dawn have been job-sharing as Kim gets her new stud farm up and running and there’s fierce competition between the two.

Dawn’s reservations about leaving her children while she’s working seem to have been alleviated by the hiring of new nanny Nicky. His instant connection with Clemmie (Mabel Addison) made Dawn relax a little bit, knowing that Clemmie and Lucas (Noah Ryan Aspinall) would be in safe hands while she did her job.

Nicky’s working relationship with the kids gets off to a great start and he spends a happy day with Thomas, Clemmie and Lucas. In fact he’s such a hit with the kids that Dawn starts to feel left out and thinks she’s missing all the fun.

The next day she gets ready for an important meeting, while Nicky says he’ll take Clemmie swimming. Dawn is conflicted, trying to decide whether her job is really worth her missing out on so much of the children’s lives.

She makes a drastic decision – and it doesn’t go down well with Kim. In fact it turns into a massive argument and it’s not long before there’s a heated war of words.

Can Will (Dean Andrews) do anything to mediate between his daughter and his wife? And will Kim get Dawn to change her mind?

Man, 21, saves money on rent by spending late teens and £6k building tiny house at the bottom of parents’ garden