The legendary actor was on the This Morning sofa to discuss his new project, Sometimes Always Never, when conversation went in an arguably unusual direction.

Bill spoke about how he had trouble transporting iconic spread Marmite out of the UK and had had it removed from him at an airport.

He explained to the ITV hosts: “I got busted at Heathrow for a big jar, I was trying to impress someone. I had a big jar.”

“Is this the truth? I can’t tell whether you’re winding me up,” Holly questioned with a giggle.

I can’t believe you’re even saying that

Bill continued: “Yeah, he took it out and said ‘You can’t have that’ I said ‘Come on, it’s Marmite’ and they were all laughing.”

“I said ‘well can’t I decant into something smaller?’ and they said ‘There’s no decanting of Marmite this side of security’.

“I said: ‘Show me that written down!’ and they were all having a laugh but they still took my Marmite.

“But the great thing was the young man who was with me, who was accompanying me through the airport, he was so stricken at my position he took me to the lounge and he came back, and he’d got a bag and he’d been round every single cafe in Heathrow and he’d got me 33 of those little ones that you get and it got me through the gig so it all worked out.

Recognising Bill had mentioned a brand name on the channel, Phillip then gave a disclaimer. 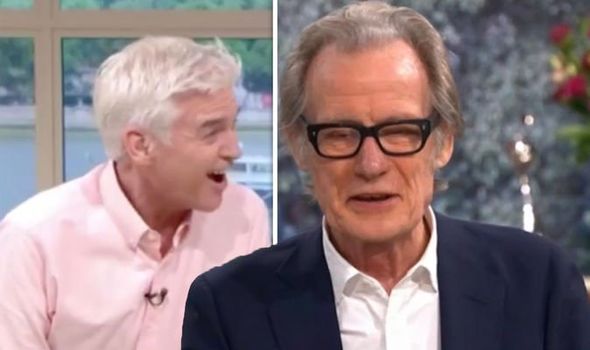 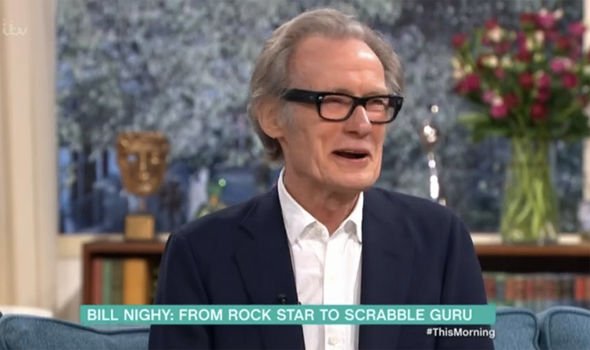 “At this stage, you’re almost compelled to say other spreads, other yeasty spreads are available,” Phillip declared with a laugh.

However, he was left second guessing himself as he said: “But I don’t know whether there are.”

Meanwhile, Bill chuckled: “I can’t believe you’re even saying that.”

“LOL Bill Nighy. Bloody hell @marmite you missed out there for sure. Marmite Smuggler #ThisMorning,” one wrote. 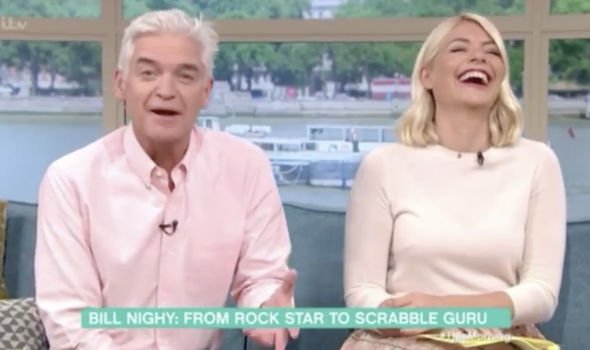 “I always knew I loved Bill Nighy but now I know about his Marmite obsession I adore him! #ThisMorning,’ a third declared.

While a fourth shared: “#ThisMorning bill nighy the marmite guy.”

“@Sometimesmovie Can’t wait to see this film after #BillNighy chatting about it so passionately on #thismorning #marmite and #scrabble you can’t go wrong!” a fifth wrote.

This Morning airs weekdays at 10.30am on ITV.