The 33-year-old shocked fans when he ballooned to nearly 27st during lockdown, admitting he swapped a drink and drug addiction for junk food when Covid closed gyms and pools. 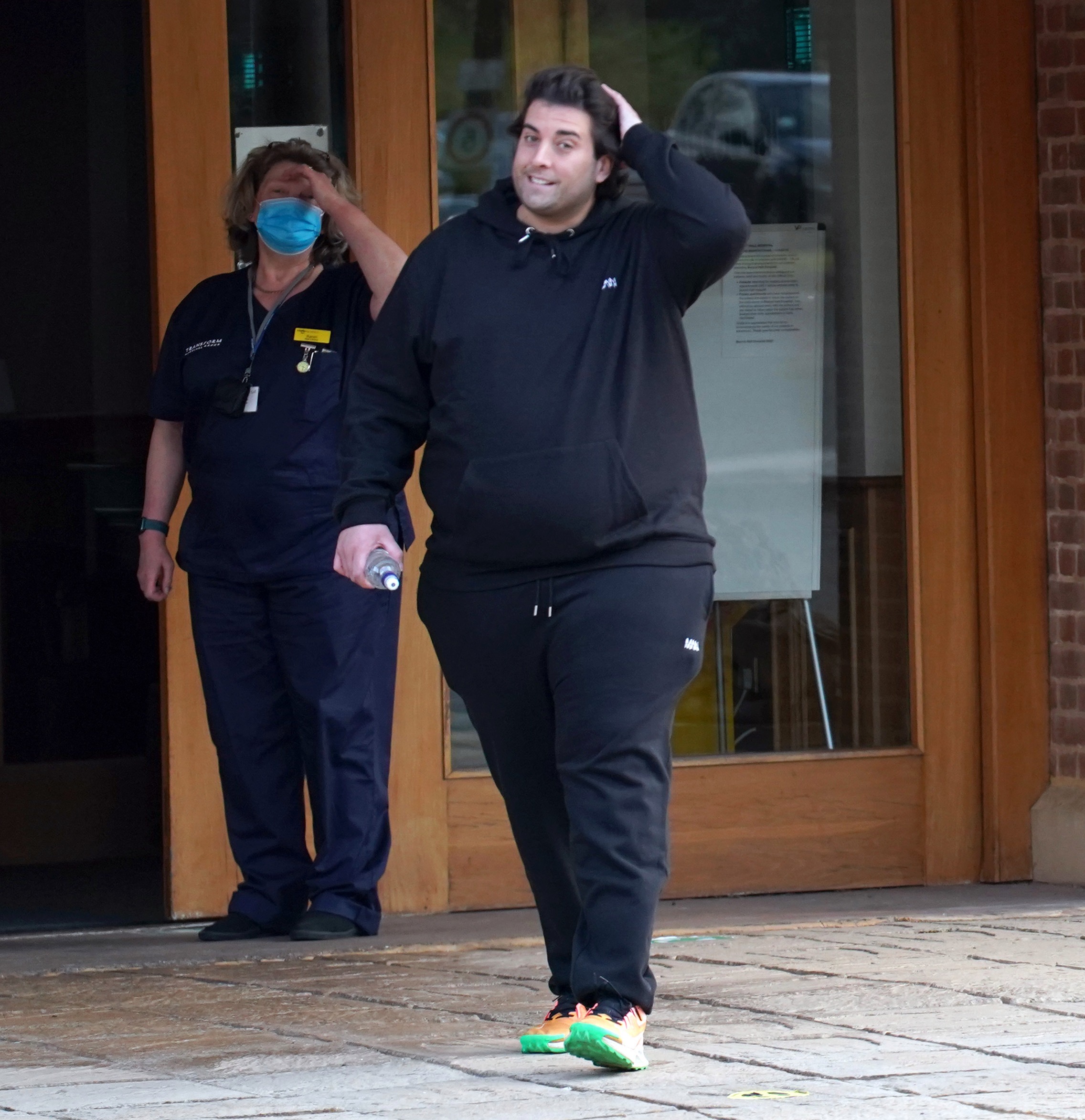 The TV star then vowed last year to go under the knife for the weight loss procedure in a bid to save his life.

And now Arg was spotted looking happy and healthy as he exited Burcot Hall Hospital, part of the Transform Hospital Group, outside Birmingham in a black tracksuit following his surgery.

The ITVBe star smiled as he was accompanied out of the medical facility by a nurse and walked to his waiting car following his life-changing sugery.

Yesterday, we exclusively revealed that Arg had gastric surgery to help him lose 11st and save his life – though he feared he might not even survive the op. 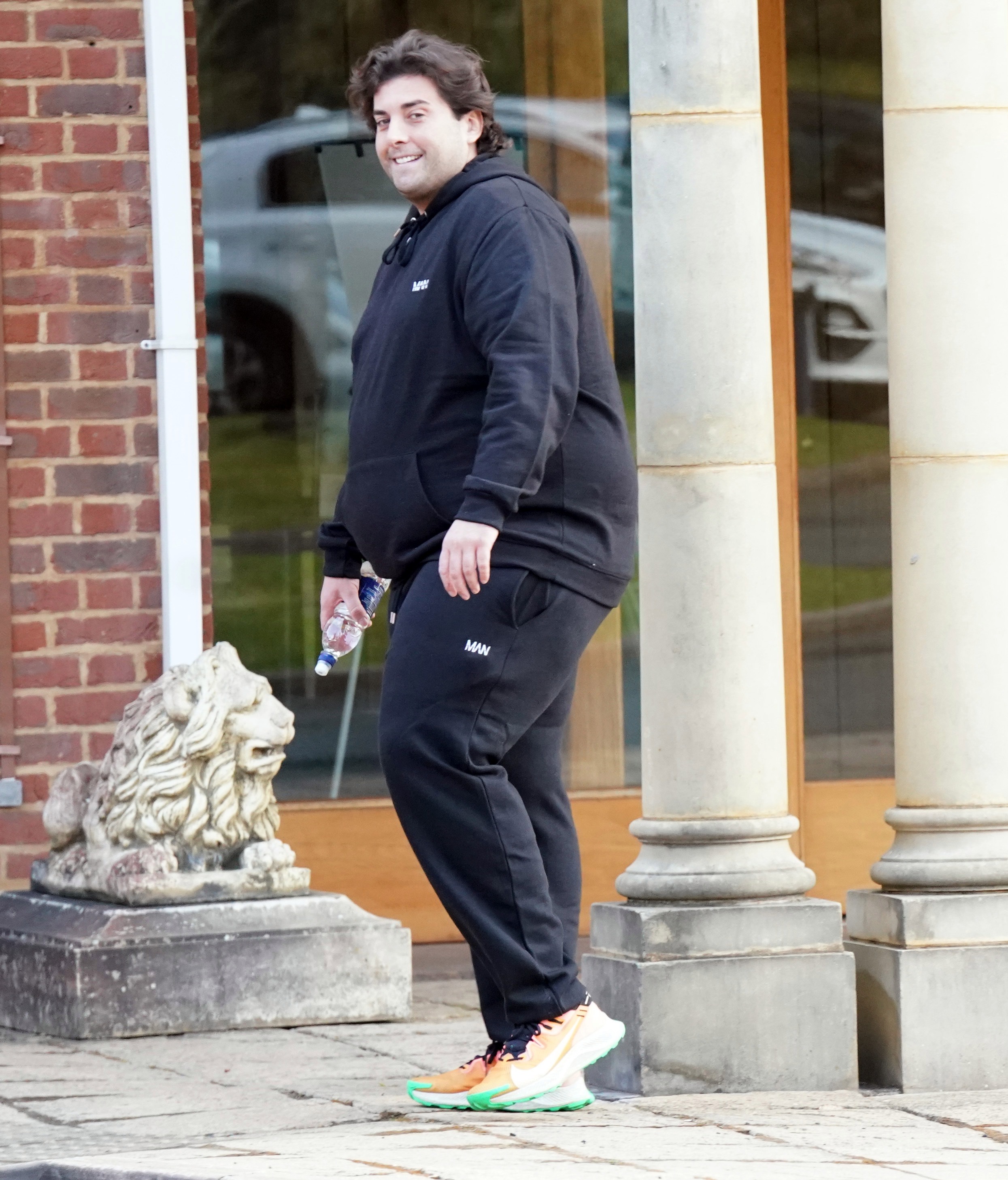 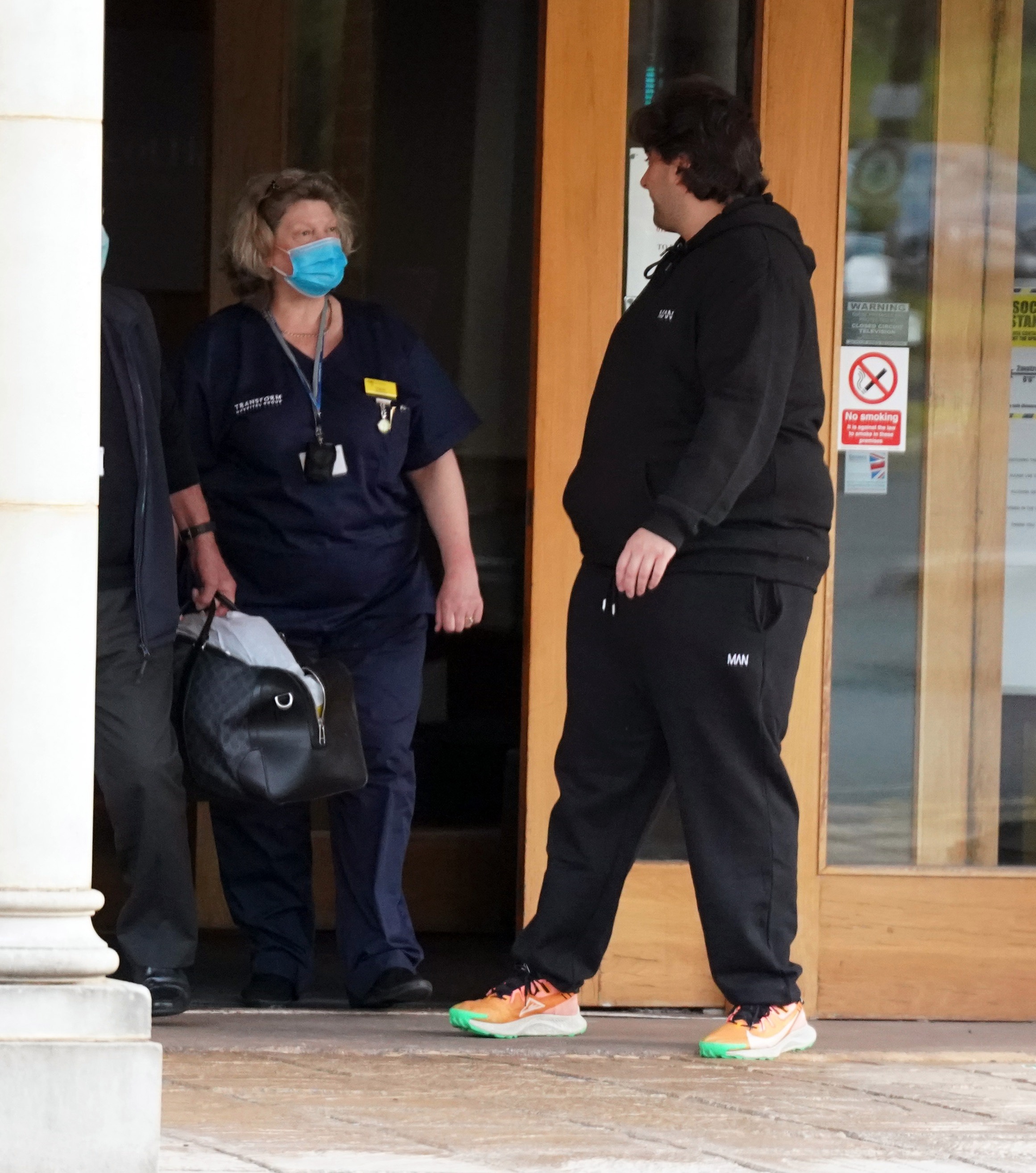 Speaking exclusively to The Sun just two days after his op — which will reduce the amount he can eat — Arg said: “This is the biggest operation I’ve ever had in my life, so I was scared.

“I did say to the surgeon, ‘Is there a chance I might not wake up?’ He said there was a small chance.”

Now he hopes to slim down to 16st after having half his stomach removed last week during the £10,000 operation by Transform Hospital Group at a top clinic in Birmingham.

Arg said it was touch and go as to whether the surgery would go ahead, as he struggled to stick to a pre-op diet of 1,000 calories a day and his body mass index hit almost 50 — whereas a healthy figure is 18 to 25. 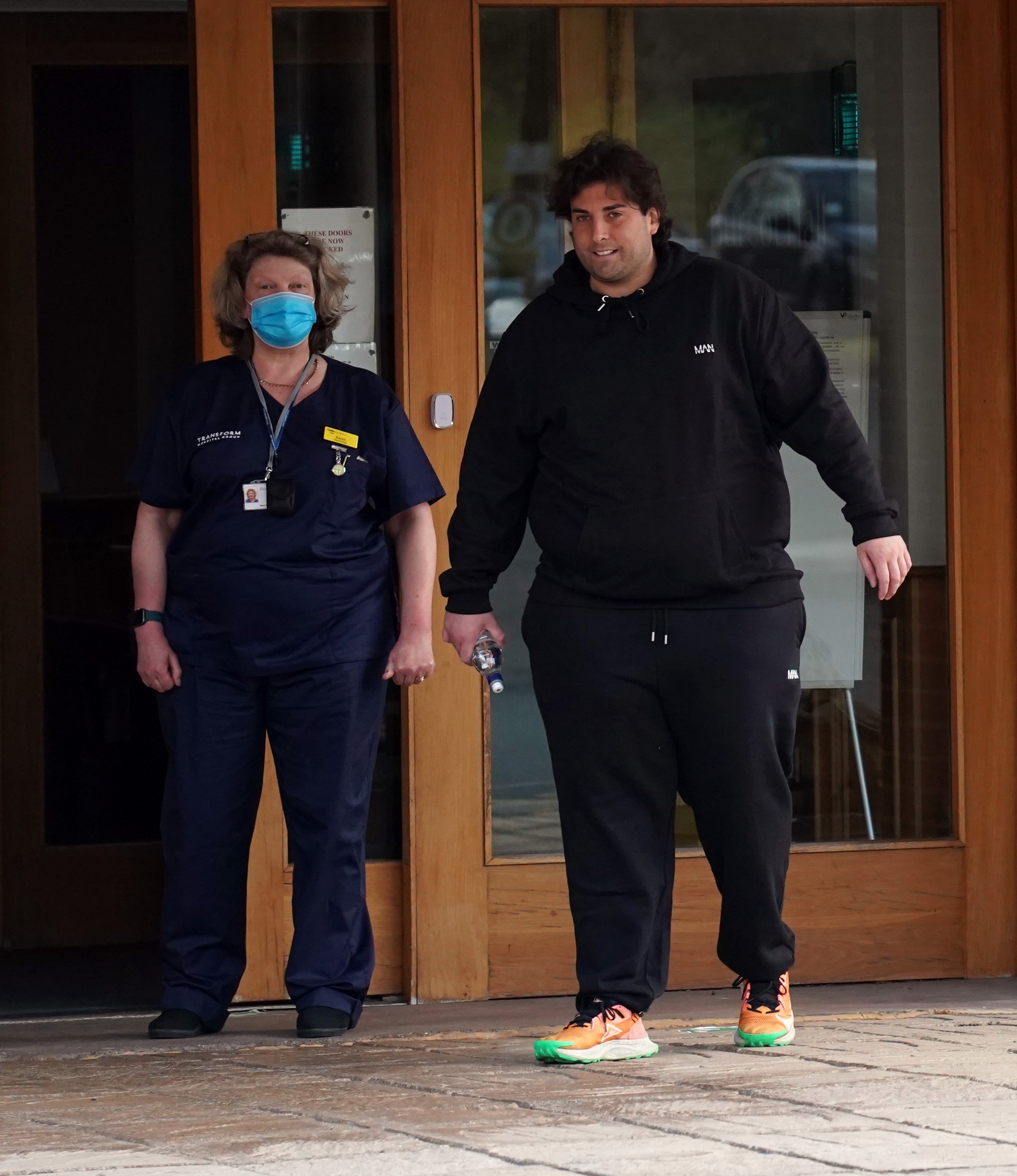 “I did struggle. There were a few times I found it too hard and couldn’t stick to it. I was almost too big to have the operation, which is scary.”

But the hour-and-a-half op was successful and Arg said: “I’ve already got a bit of a glow back in my face so I’m happy with that, and I feel like I’m already losing weight, which is good.” 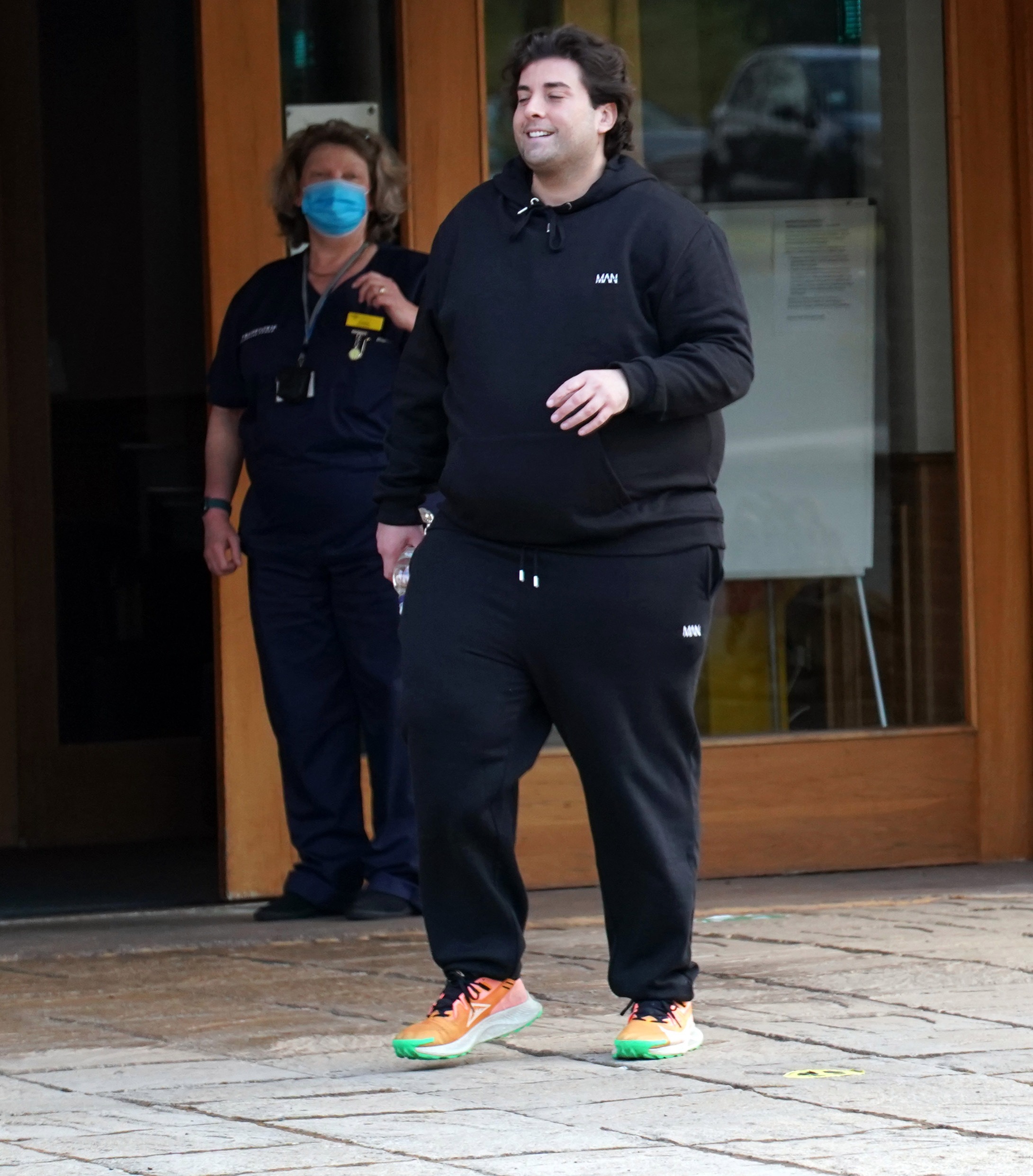 For now, Arg must protect the five scars across his belly and he said: “It will take about six weeks to heal completely. I can’t swim or box until then.”

Last year, he admitted to The Sun he was a cocaine addict after taking the drug for seven years and suffering two near-fatal overdoses, which left ex Gemma Collins calling an ambulance over fears he would die.

At the time, the star said he believed the only way he will truly lose weight was by undergoing gastric band surgery. 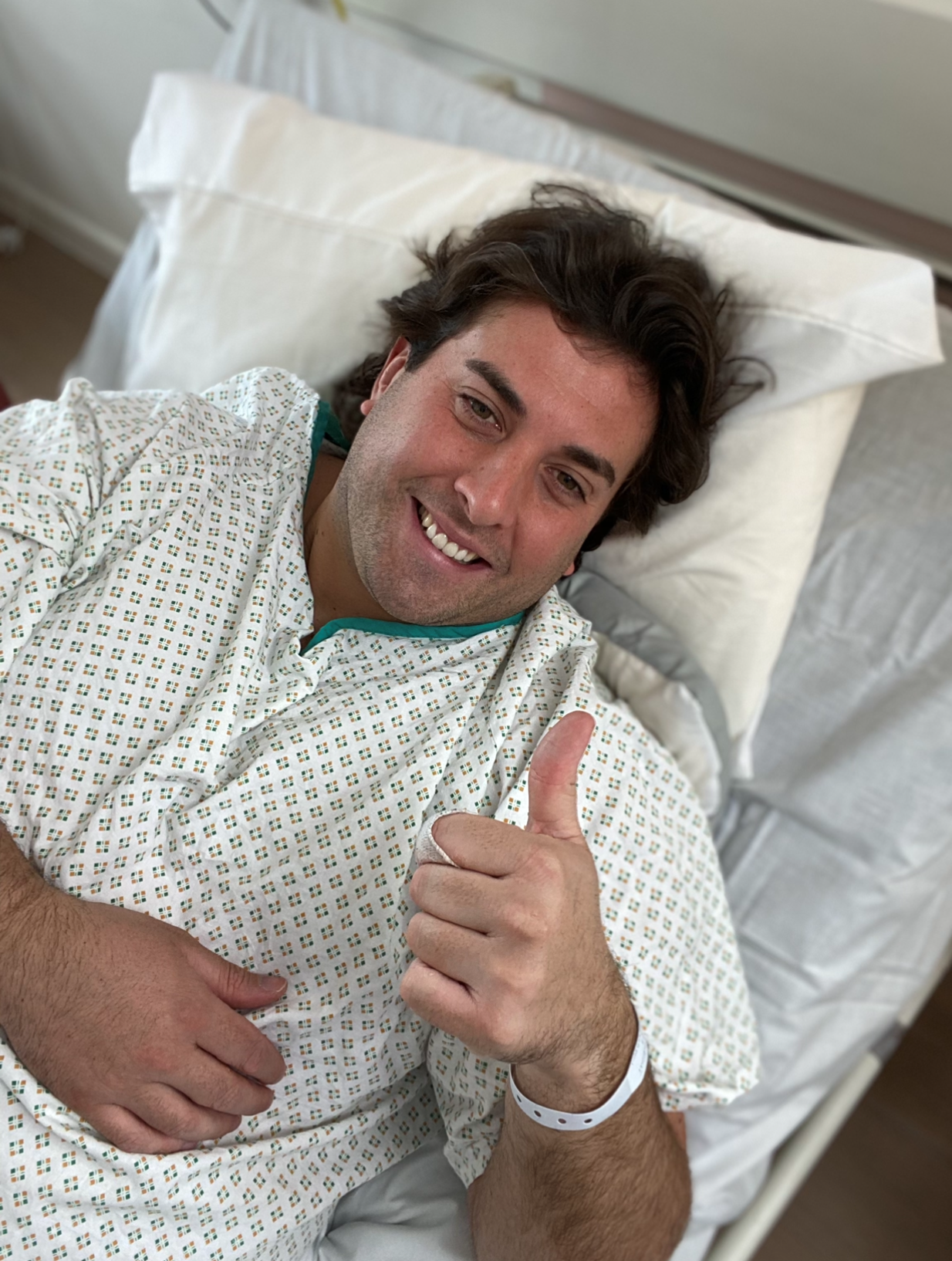 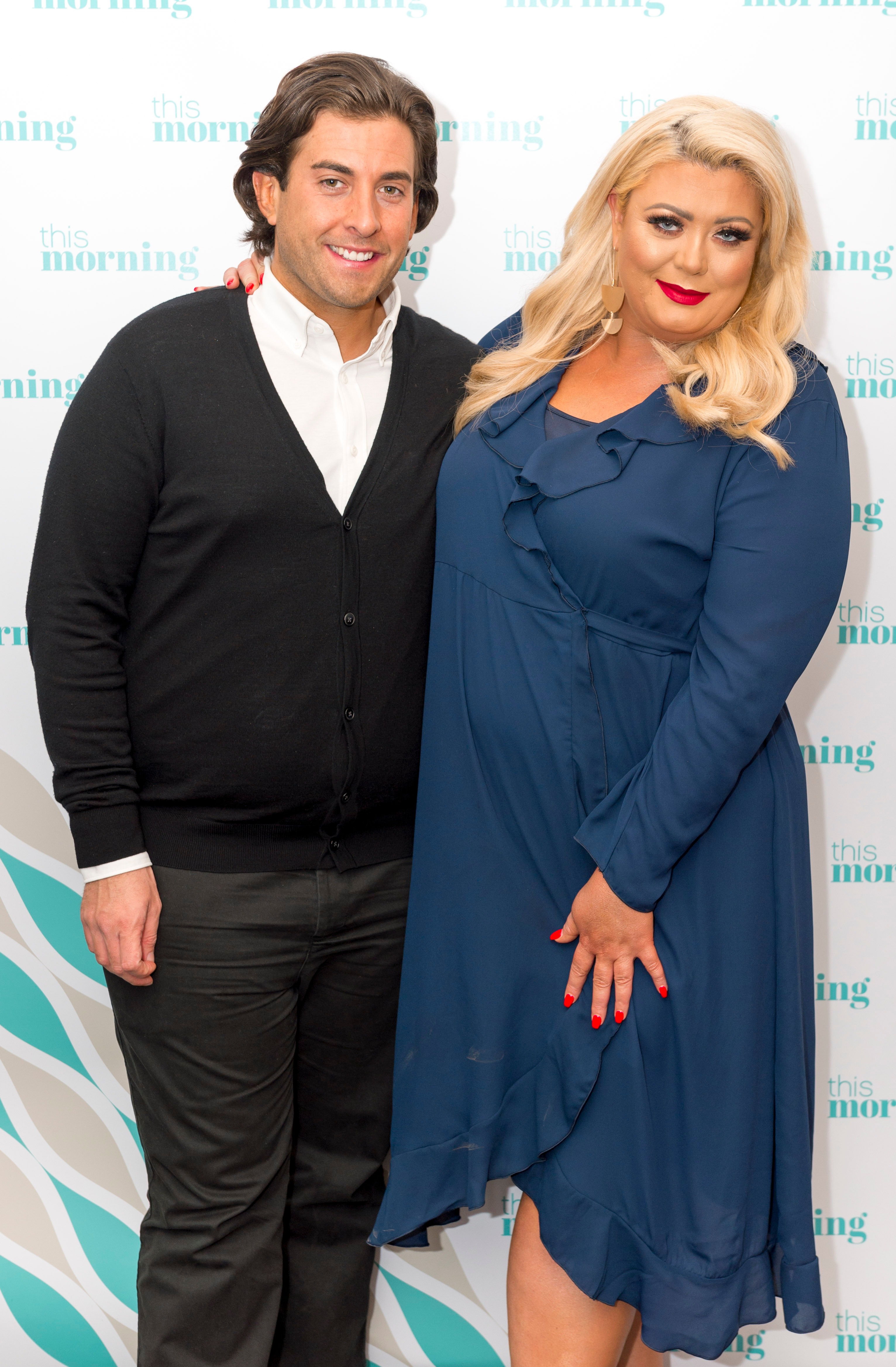 In a heartbreaking interview in 2020, he told The Sun: "I don’t want to die. An op is the only way I can lose weight.

“I see pictures of myself and it’s too upsetting. The other day I had to ask my manager to put my shoes on for me because I just couldn’t do it — my belly is too big. I can’t do up my own shoe laces.”

He added: “I don’t want to die, it’s as simple as that. I’ve been told by doctors that I am morbidly obese and need to lose weight, but I have an eating disorder, so I can’t do it.

“I’ll either starve and work out three times a day and be really skinny, or do no exercise and eat takeaways every day.

"I can’t maintain my weight — I need help.

“Nobody is trying to stop me from having an op. Everyone knows it’s the only way I can lose weight.”

Royal fans accuse The Cambridges of ignoring The Sussexes