Home » TV & Movies » Janine plots to kill Shirley in EastEnders as she destroys her and Mick? 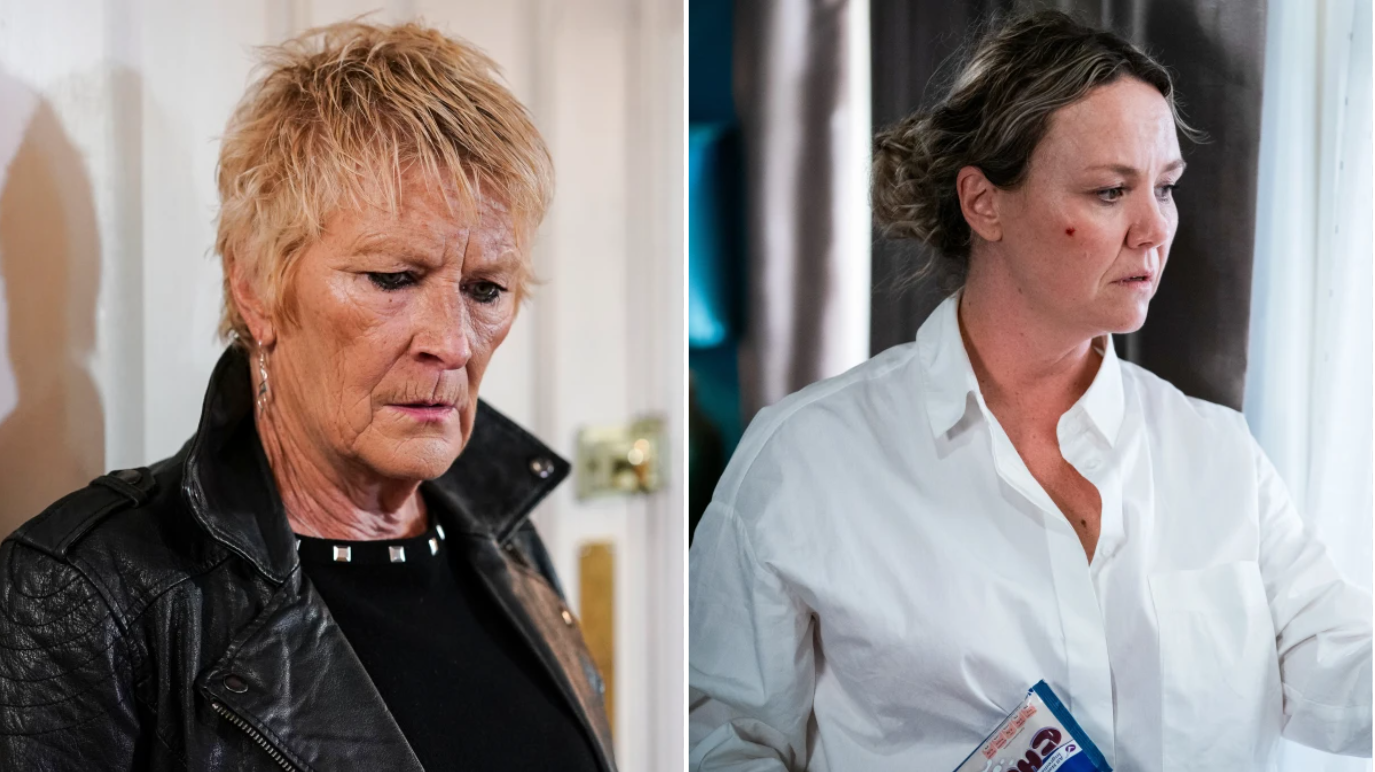 Janine Butcher (Charlie Brooks) sets her sights on revenge in EastEnders next week after Shirley Carter (Linda Henry) makes it her mission to destroy her engagement to Mick (Danny Dyer).

Mick popped the question in the least romantic way possible while away on a trip with Janine, before repeating the gesture properly upon their return to Walford.

News of their engagement didn’t go down too well with their nearest and dearest, with Shirley taking it the worst, and she has since made it her mission to blow the duo’s relationship apart.

Linda (Kellie Bright), meanwhile, has resolved to let Mick go, thinking he’ll be happier with Janine, but the spark between the former lovers persists, with next week seeing them in one another’s company again when Mick comes to his beloved L’s aid.

Janine gets wind of Mick’s actions, and enraged that he’s been with Linda yet again, she decides to take shocking action, telling a big lie to her beau.

Little does she know, however, that Shirley has overheard the chat – and she grows suspicious. Mick, meanwhile, overhears a similar conversation and subsequently confronts Janine, determined to find out what she’s lying about.

Regardless of whether he buys her lies remains to be seen, but Shirley knows full well that there is more to this than meets the eye, as she confronts Janine, calling her out for lying.

Janine’s mood darkens as she is left concerned about what Shirley might do next. Will she plot to eliminate the obstacle to her happiness that is Shirley and take her out once and for all?

Or will it be Shirley who has the last laugh?

If You Loved Josh Dallas on Once Upon a Time, You Need to Watch Manifest

Jan. 6 committee zeroes in on central question: Should Trump be held accountable for Capitol attack?