JAY Leno has shared a major update on his health just one day after being released from the Grossman Burn Center in California.

Jay, 72, was pictured driving around Burbank in a silver vintage Corvette less than two weeks after suffering serious burns to his face, hands and chest. 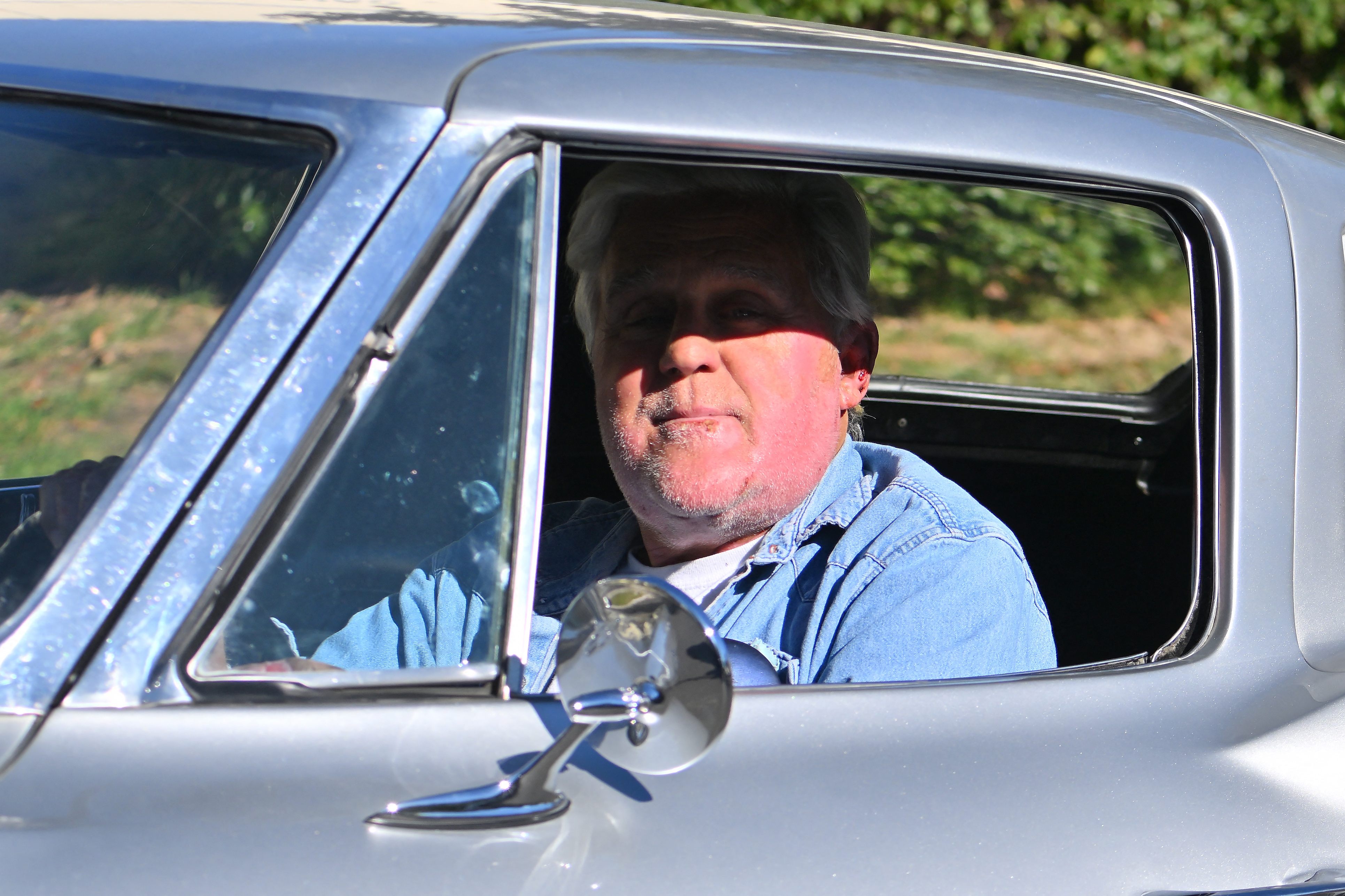 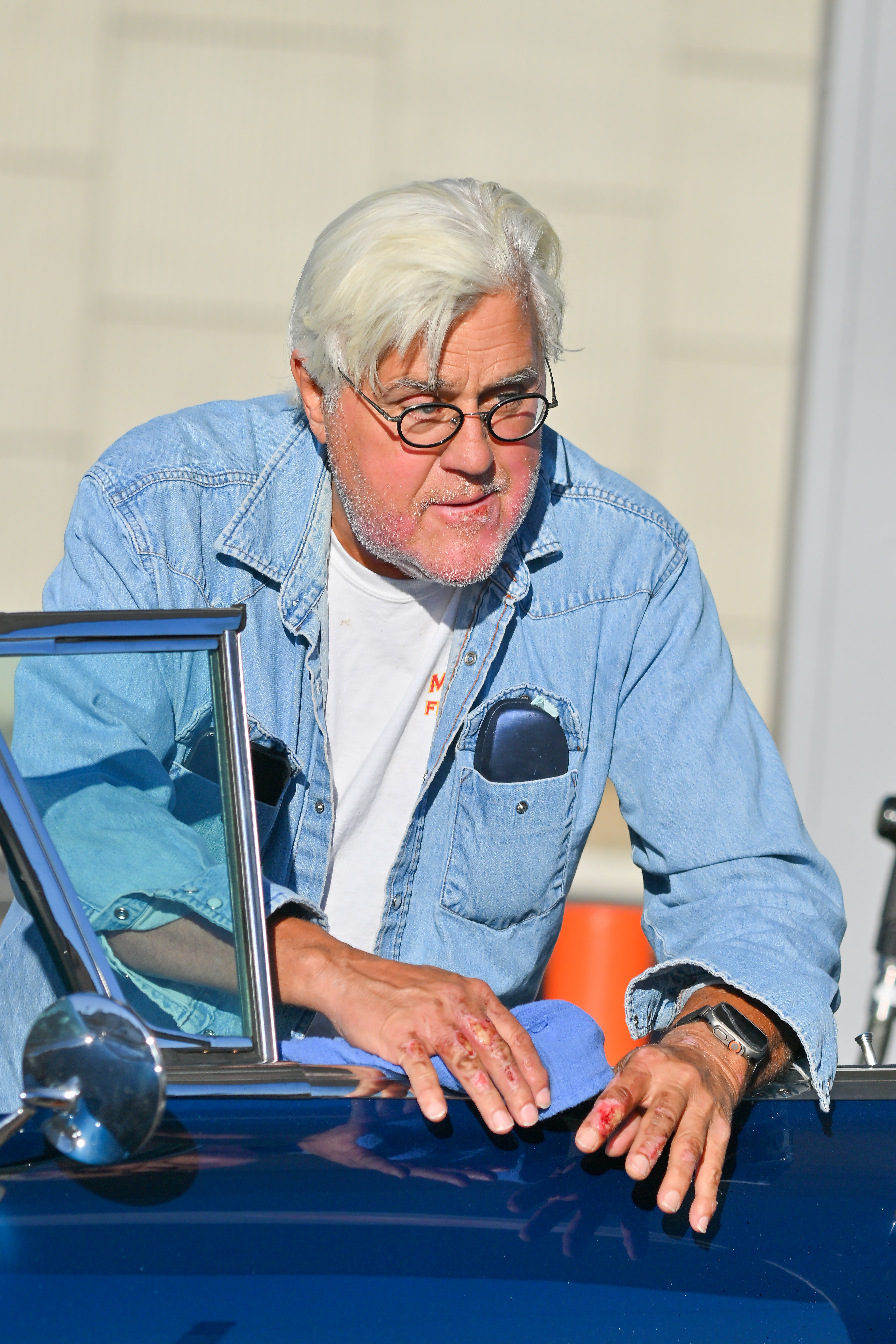 At one point, he stopped to fill up his vehicle at a gas station and the painful-looking wounds on his fingers were clearly visible.

The TV host was dressed casually in a light blue denim suit and accessorized with a pair of round spectacles.

In a video shared by Fox News Digital, Jay is seen at the wheel of a 2002 Mercedes and laughed as he told reporters: "Everything's okay."

He admitted that he's ready to go back to work, too, and will be "performing Sunday at the Comedy Magic Club". 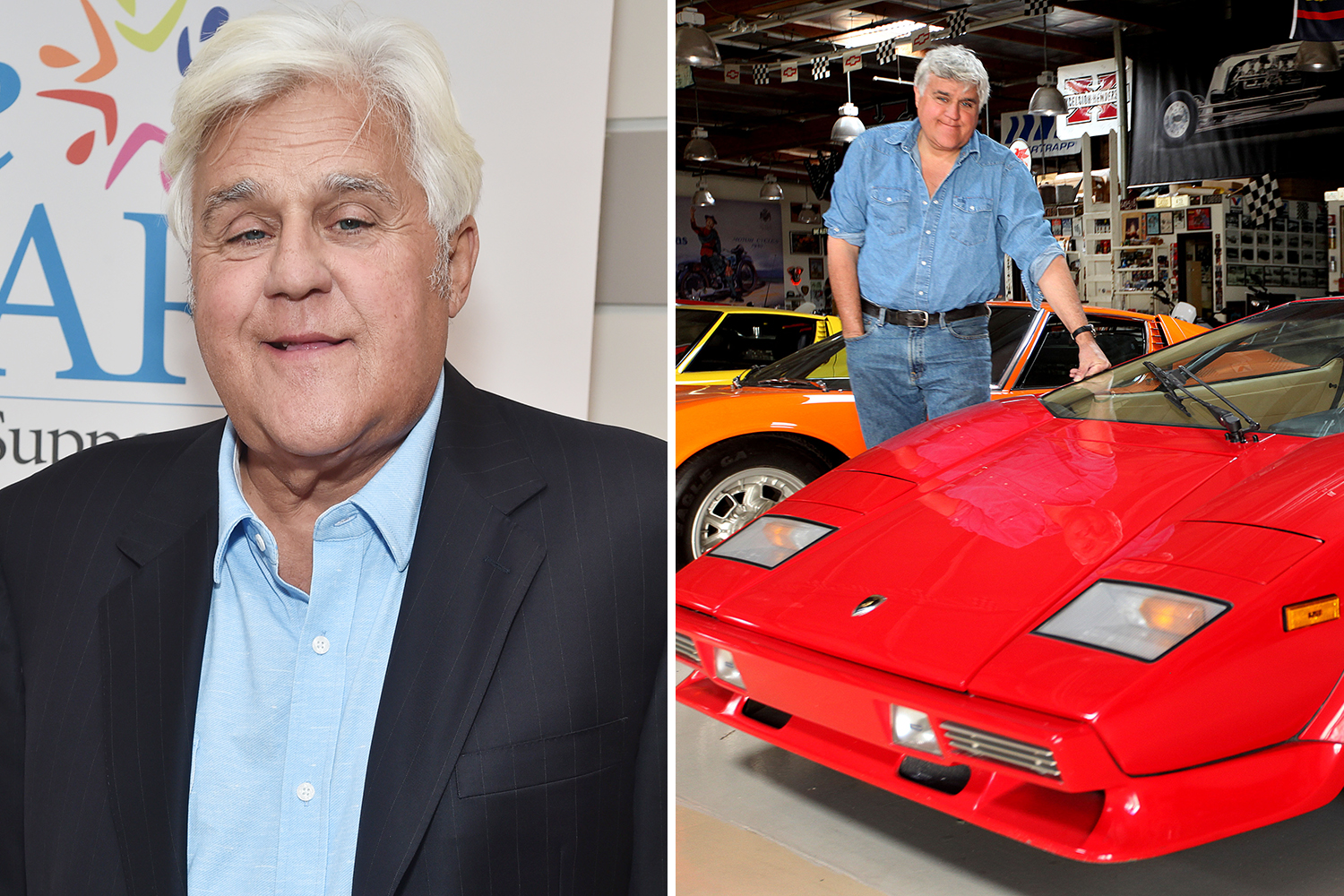 When told to get some rest, Leno jokingly replied: "Yeah, I need barbecue."

Jay was released from hospital on Tuesday after suffering serious burns to his face, hands and chest.

The TV star suffered second-degree burns after a vintage car he was working under in his Los Angeles garage erupted into flames on November 12.

In a statement, he said: "I got some serious burns from a gasoline fire. I am ok. Just need a week or two to get back on my feet."

The flames did not penetrate his eye or his ear, TMZ reported at the time.

Leno had been scheduled to appear at the Financial Brand Forum 2022 in Las Vegas earlier this month, but he was a no-show after organizers were made aware of a "health emergency," according to an email obtained by PEOPLE.

"His family was not able to provide us very many details, but there was a very serious medical emergency that is preventing Jay from traveling," the email read.

"All we know is that he is alive, so our prayers go out to him and his family tonight."

Leno has been open about his extensive car collection, being the proud owner of over 100 cars and motorcycles, he revealed in an interview with Auto Express.

"I drive it on the road. I’m not a race car driver; I’m just a guy that enjoys driving," Leno told Auto Express of his McLaren F1.

Leno's rise to superstardom rose after he became the host of The Tonight Show in 1992.

The New Rochelle, New York native went on to host the NBC late-night talk show for over 20 years before he officially handed the mantle to Jimmy Fallon in 2014.

He was inducted into the Television Hall of Fame that same year.

Since his Tonight Show exit, Leno has hosted Jay Leno's Garage and the 2021 revival of You Bet Your Life.

He reviews classic cars and supercars and does car restoration at his Big Dog Garage for the CNBC show. 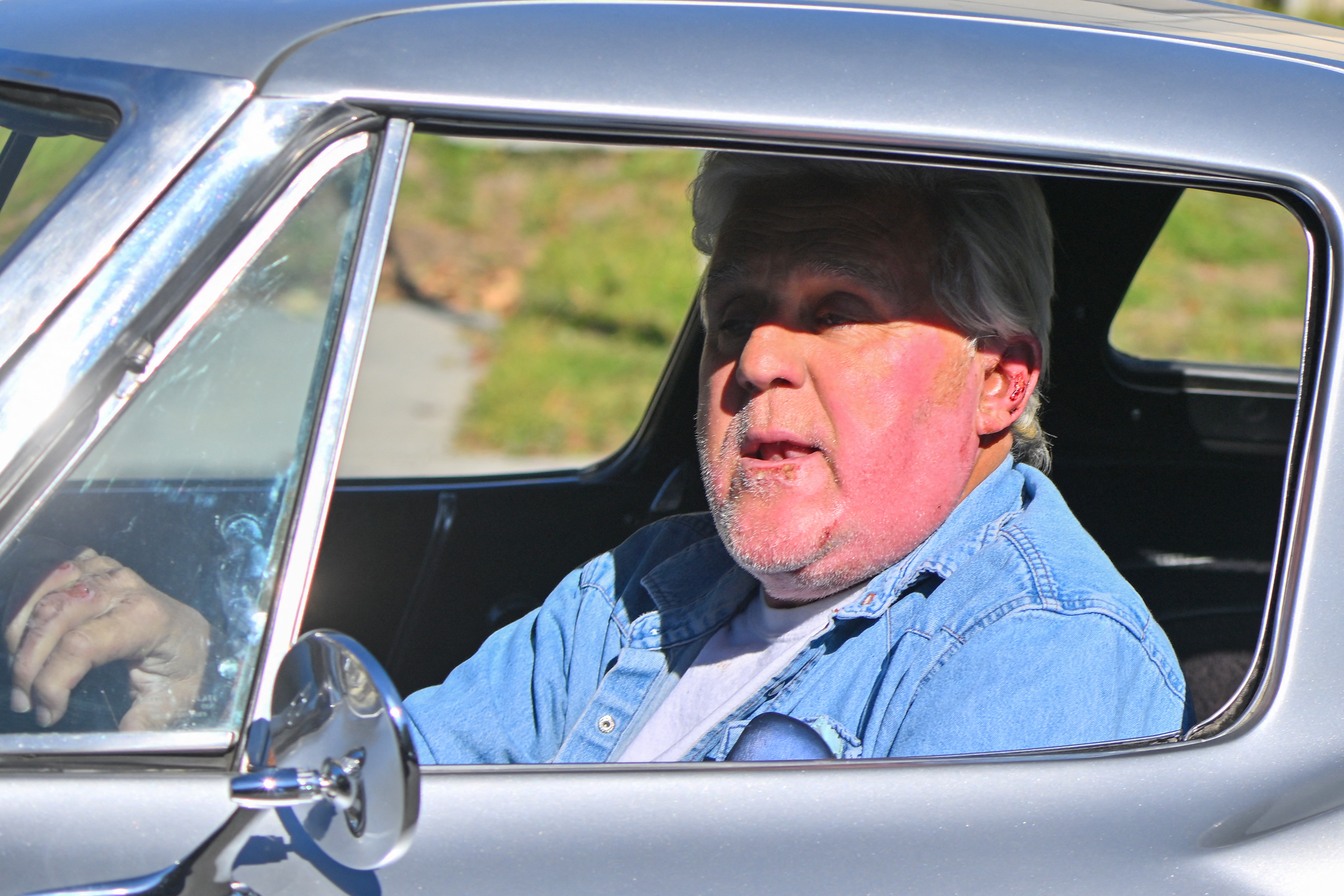 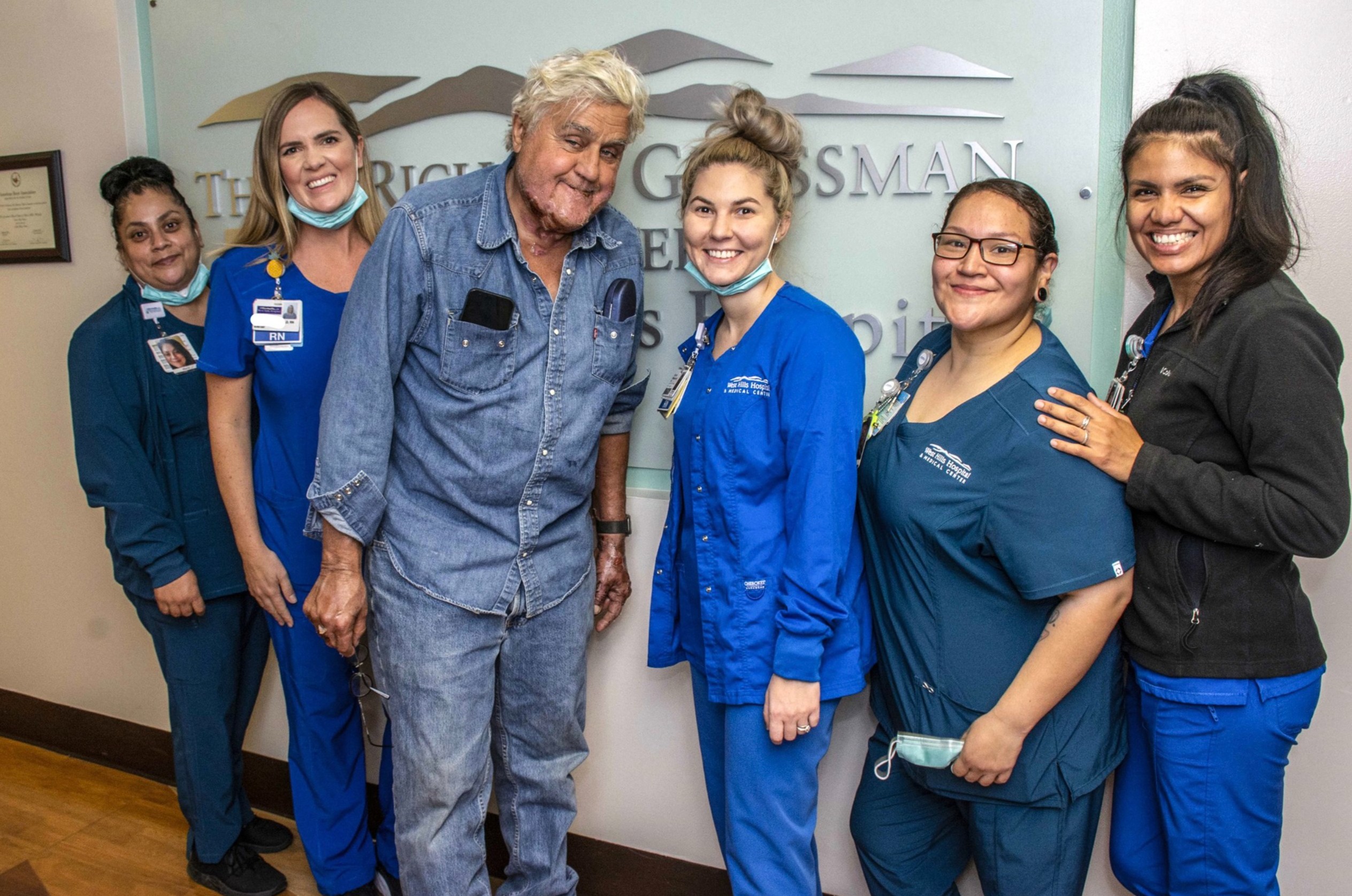 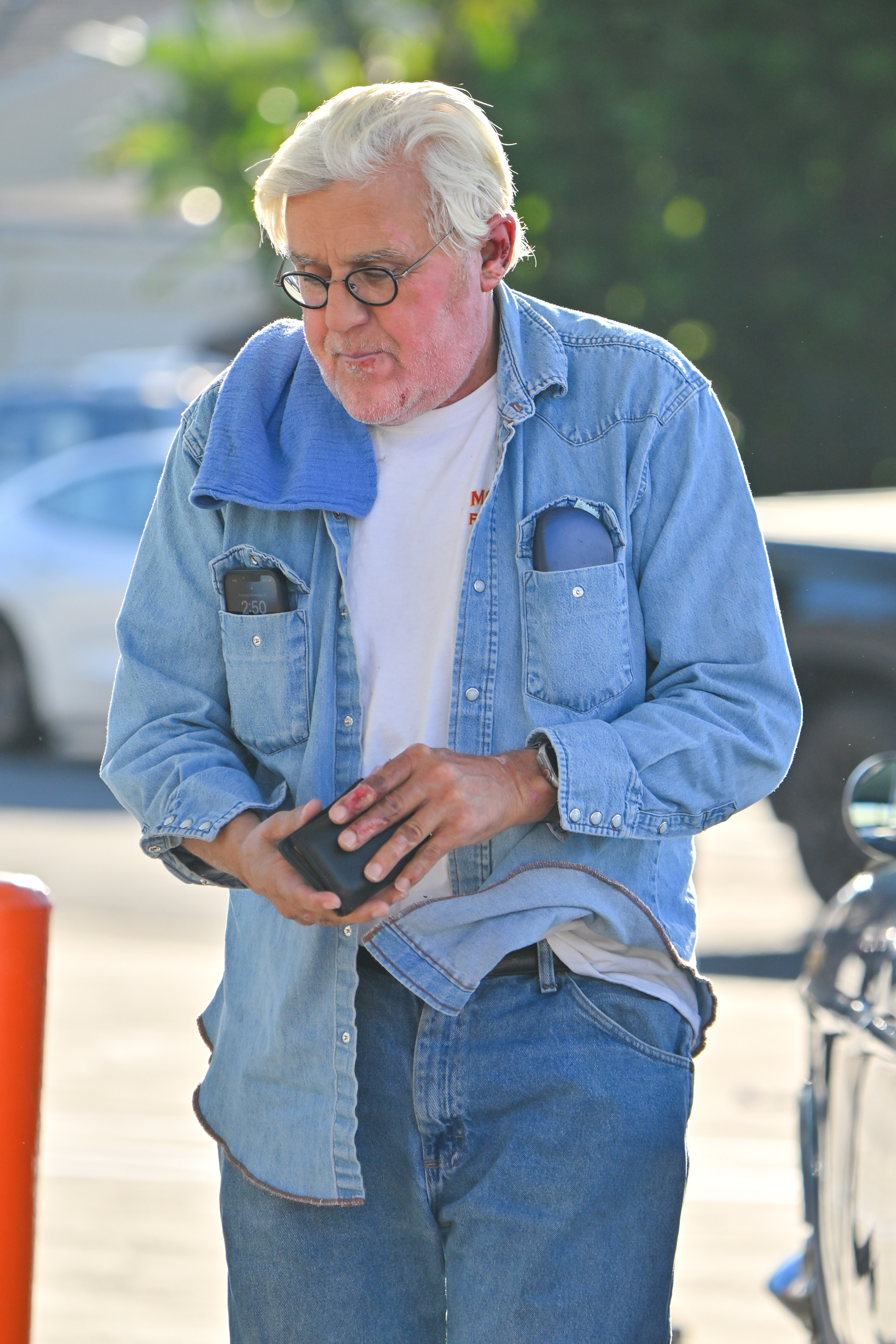