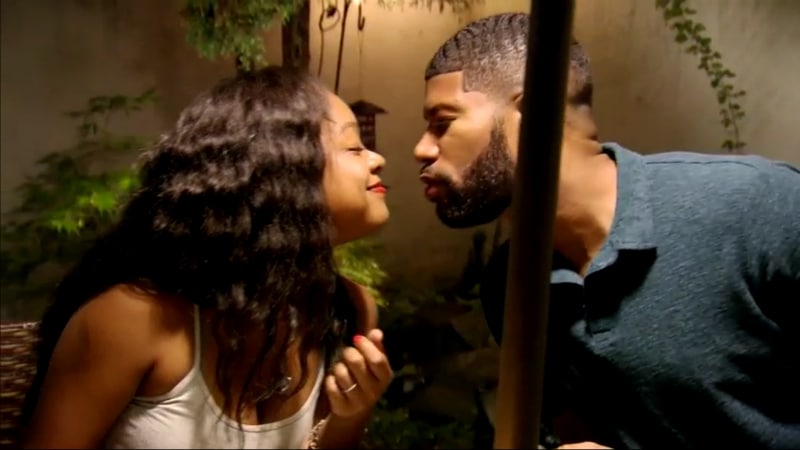 Married at First Sight’s favorite Season 8 couple Kristine Killingsworth and Keith Dewar have been getting along better than most of the others on this season of MAFS but are they doomed?

So far, Kristine and Keith are very cute together and they seem like the perfect match for one another but there are a few issues that have been popping up and if left unchecked, could be their undoing.

In the latest episode of Married at First Sight, Kristine and Keith met with Pastor Cal and talked about their perfect relationship thus far. The thing is, even Cal can see that it’s not as perfect as even they may think.

He warns the couple that they are “headed for disaster” and they “don’t even see it coming.” The issue? Keith won’t cook and refuses to learn. Kristine also brings up that Keith makes significantly less money than her and that bothers her.

The money issue could be a real problem if Kristine puts their worth on how much each of them earns. After all, she’s a real estate agent (and a successful one at that) while Keith is a dialysis technician and is currently going to school.

Kristine mentioned that at least Keith is trying to better himself but clearly, annual income is something that motivates her and if Keith doesn’t step up to her earning expectations, she’s going to lose respect for him.

There’s also the issue that Keith doesn’t cook. Not only does he not cook but he refuses to do it. He claims to be “spoiled” — having been raised in a family of women with a grandmother who dotes on him and cooks all his meals for him.

Now that Kristine and Keith are married, that cooking responsibility falls on Kristine, who is also the breadwinner and is starting to wonder in what areas Keith will be stepping things up.

But when Kristine took the time to throw down in the kitchen, offering up a delicious-looking homemade meal, Keith did step things up in his own way, decorating the backyard with lights and candles in an effort to make their first meal together in their new home special.

Kristine loved the effort and thanked Keith with a mealtime kiss. The two seemed very comfortable together, even more than when they were on their honeymoon and they were easily one of the most compatible and comfortable couples on the trip.

The Married at First Sight couple decided that would be the perfect night to take Pastor Cal’s advice and finally consummate their marriage. After the big event, Kristine admitted that it was great.

It looks like Kristine and Keith will be just fine so long as they clear up the cooking issue and get over the finances issue. After all, even though she makes more, they both still make a decent living and money isn’t everything.

Married at First Sight airs on Tuesdays at 9/8c on Lifetime.

There are a lot of incredibly angry women around, which is fine by me