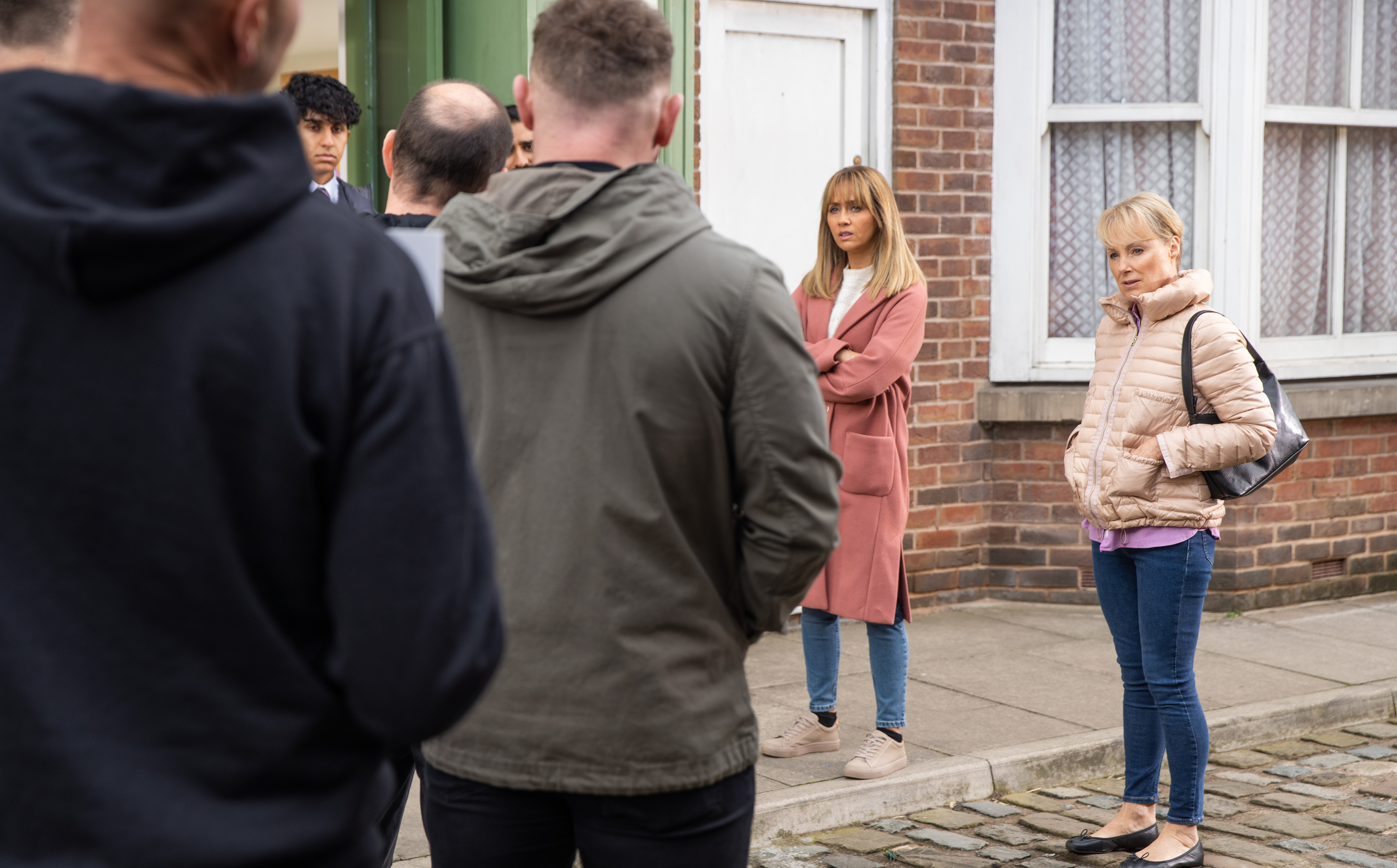 Griff (Michael Condron) and his far-right thugs have really started to make their presence felt in Coronation Street.

They’ve vandalised Speed Daal and subjected the Nazir family and their employee Daryan (Twana Omer) to verbal abuse, with Daryan also being beaten up on his way home from work.

A meeting at the community centre that was billed as being about the environment turned out to have a sinister right wing agenda. And hapless Max Turner (Paddy Bever) is being used to produce propaganda to further the gang’s activities.

In an attempt to fight back, Maria (Samia Longchambon) and others decided to set up a welcoming space in the community centre where refugees could go for advice and support.

Plans for this are going well, but then Maria is approached by Griff and his thugs. They point out an online petition which Max has set up on the group’s behalf protesting against the centre – and to Maria’s absolute horror there are hundreds of signatures.

Could it really be possible that so many people are against the community initiative to help the refugees? Or has Griff twisted things like he twisted Roy (David Neilson)’s words at the previous meeting to support his own case?

Whatever’s happening, Maria knows she has a fight on her hands. Can Griff and his gang be stopped?

‘So You Think You Can Dance’ Reveals Matthew Morrison’s Replacement

33 BTS Words To Know Once You Join The ARMY