Line of Duty fans are quick to pick up on any tiny clue writer Jed Mercurio may drop but the third series was ruined when none other than AC-12’s DI Steve Arnott (played by Martin Compston) shared a massive spoiler online. The actor has admitted he ruined the big revealed about Lindsay Denton ’s (Keeley Hawes) return as season three aired.

The Line of Duty cast and creator rarely give away any teasers or spoilers regarding the storyline.

However, three seasons ago when AC-12 were only just starting to chase corrupt police officers and learn about H, Martin gave away one of the biggest spoilers.

The Steve revealed to viewers Lindsay would be making a return despite fans thinking they’d seen the last of her in season two.

Fans know Lindsay was later killed by Dot Cottan (Craig Parkinson), who was also killed in the same series. 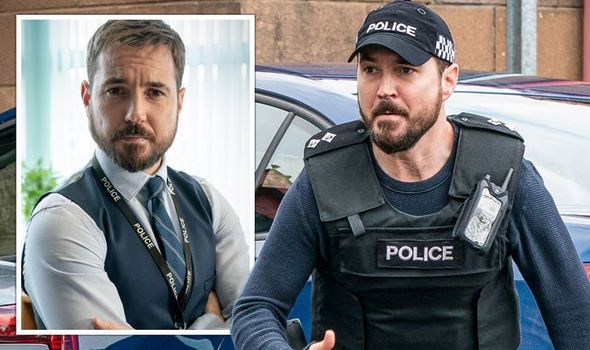 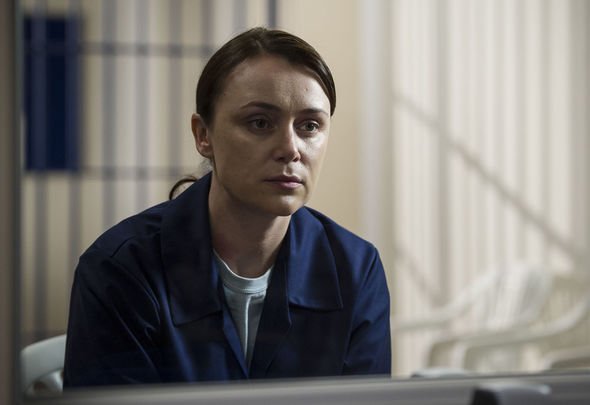 Speaking about his mistake, the Scottish-born actor detailed: “I was living in LA at the time and I think it was when Keeley Hawes came back so I put out, ‘She’s back everybody,’ but I forgot the clock went forward in the UK so I put it out at eight and the show came on at nine.

“Luckily everyone was going, ‘What the f**k are you on about?’

“From that moment I’ve got the fear big time,” he added speaking on Redknapp’s Big Night Out.

Martin previously revealed he loves reading fan theories online as they are often incredibly far off the plot. 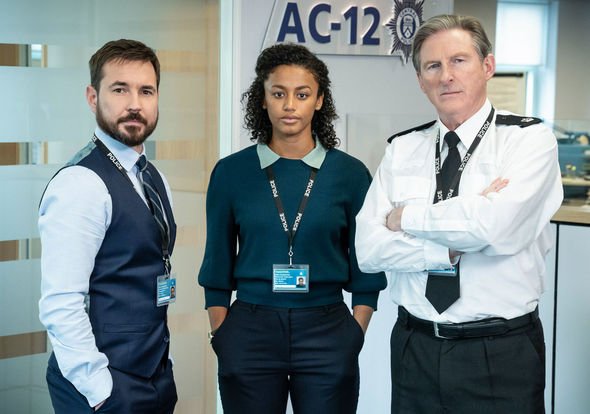 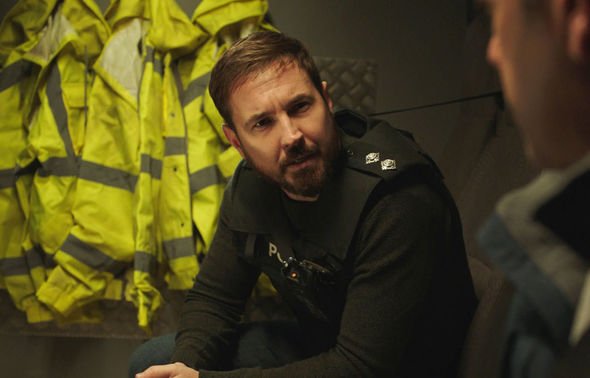 “We’re more popular than ever and seem to be getting in more and more fans the longer this goes on,” he said speaking on Radio 1’s Newsbeat.

“We just talk everything over,” Martin shared of his Zoom calls with co-stars Vicky McClure and Adrian Dunbar – also known as DI Kate Flemig and Superintendent Ted Hastings.

“One of my favourite things is reading all the fan theories. There are some absolutely wild ones.

“I saw someone had put together an acronym of something Jimmy Lakewell (one of the show’s characters) had said, and that led to the word ‘Carmichael’ (Patricia Carmichael – played by Anna Maxwell Martin).

“You just wonder who’s got time to sit there and come up with these things.”

But while he gets on with his co-stars, he admitted it is challenging getting all of the acronyms right.

“As the lowest ranking detective on screen, I’m the one who’s got to drive the scene and present all the information,” he explained.

“So I’ve got to come up with all these random acronyms and legislations and telemetry. The dialogue is challenging.”

Line of Duty season six comes to an end on Sunday as the AC-12 team try to desperately to uncover the final H.

The synopsis reads: “With time running out, AC-12 attempt to unmask ‘H’, the Fourth Man (or Woman) commanding the network of corrupt officers behind the murder of Gail Vella.

“But sinister and powerful forces appear intent on orchestrating a cover-up.”

Line of Duty concludes Sunday on BBC One at 9pm.

Alexandre Arnault is promoted to vice president of Tiffany & Co

Former Child Stars From ‘The Facts Of Life’, ‘Love Boat’ & Original ‘One Day At A Time’ Gather For ‘Stars In The House’