Mel B’s remarks came after the likes of ITV stars Phillip Schofield and Holly Willoughby irked members of the public after being spotted visiting Her Late Majesty while avoiding the vast queue. This Morning bosses and ITV have defended the pair, insisting the duo were in Westminster Hall in a “professional capacity” but it hasn’t stopped a backlash arriving from viewers. And Spice Girl Mel B took a thinly-veiled swipe at those who “queue jumped” while on GMB on Tuesday.

“Before I forget Susanna, you queued for seven hours,” Mel B said as the interview with the GMB star and her co-host Ben Shephard was drawing to a close.

“My gosh, I have so much respect for you,” she added. “I mean, I did anyway but even more so now!

“What was that like?” Mel B asked, prompting Susanna to answer: “That’s so kind of you to ask, thank you.

“Do you know what? We’ve been talking about it, it felt like a sort of pilgrimage actually. 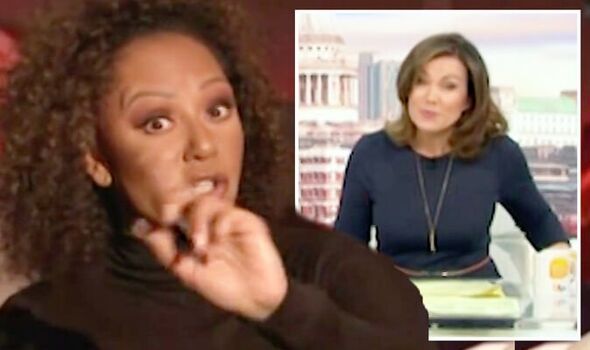 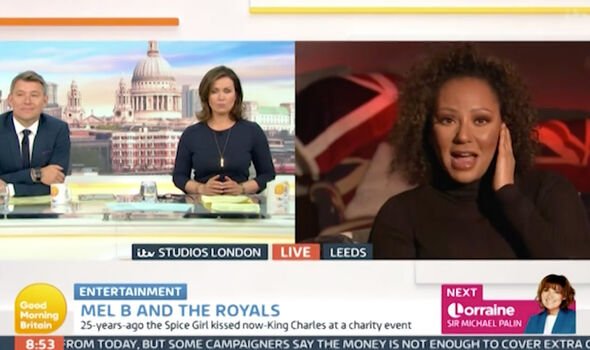 “Not religious but it felt like a pilgrimage. It was an honour to be with all the other people in the queue as well.”

Spotting the chance for a joke at ITV’s expense, Mel B wagged her finger as she interjected: “No queue jumping for you!”

Susanna let out an awkward chuckle before seemingly defending the jibe aimed at her ITV colleagues by saying: “Well, some people had to work, of course, but I was there with my mum.”

However, it didn’t go unnoticed by viewers at home who were quick to comment on Mel B’s remarks. 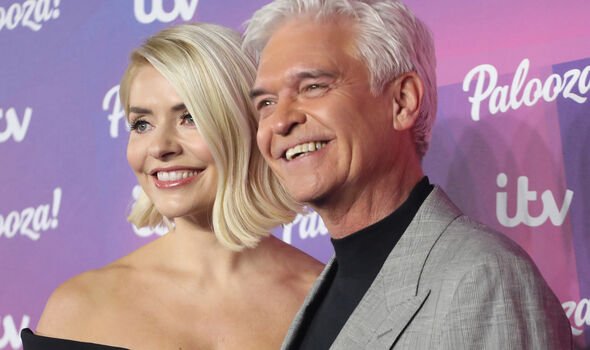 Twitter user and ITV viewer @Mysterybeatzuk shared a clip fo the moment with the caption: “Mel B getting a dig in at the #queuejumpers #GMB.”

While @MoulinRouge2510 added: “Mel B showing her gratitude to GMB host Susanna Reid for no queue jumping this morning is GOLD. Love this!!!!”

Stef Nelson echoed: “Ben and Susanna thought they were safe and got away without queue jump coming up with only 60 seconds left on the show.. Mel B ‘Hold my beer’ #GMB,” followed by laughing emoji.

And @Katieeeb85 shared: “@susannareid100 trying to swivel around the queue jumping of Holly and Phil without saying their names!… Mel B ‘well done for queuing and no queue jumping’. Susanna ‘Well thank you but some people had to work…’ No Susanna, they didn’t #gmb #queuejumping.”

Elsewhere, @jillianok70 saw the funny side of the swipe: “Ha Ha! Mel B having a dig at the #queuejumpers by asking @susannareid100 @GMB about queuing to pay respects to The Queen.”

This Morning has addressed the uproar caused by Holly and Phillip’s presence at the historic event.

In a statement, it defended the hosts by saying: “Hello everyone, we would like to clarify something. We asked Phillip and Holly to be part of a film for this Tuesday’s programme.

“They did not jump the queue, have VIP access or file past the Queen lying in state – but instead were there in a professional capacity as part of the world’s media to report on the event.”

A spokesperson for ITV echoed this, stating: “This Morning had press accreditation and like other media, Phillip and Holly were escorted to work from the press gallery by government staff.

“They did not file past The Queen’s coffin. They were there alongside a host of other broadcasters and national press outlets for an item that will be broadcast on Tuesday’s show.

“Any allegations of improper behaviour are categorically untrue.”

Bradley Cooper Originally Said No To ‘A Star Is Born’