NCIS is set to welcome back a well-loved character in Monday night’s instalment – and fans are so excited!

Sharing a first look at the upcoming episode, the show revealed that Zane Holtz is returning as Special Agent Dale Sawyer.

WATCH: Did you enjoy the crossover episode?

Sharing a snap of Zane standing beside Wilmer Valderrama, who plays Special Agent Nick Torres, the show’s official Instagram account wrote: “Special Agent Sawyer shows up deep in an undercover mission, and Torres finds himself pulled into the center of the dangerous case. Will these two make it out? Find out MONDAY during an all-new #NCIS.”

Fans took to the comments section to express their excitement, with one person writing: “Sounds exciting!” while another added: “OMGGGG.”

A third commented: “SAWYERRRRR!!!!!! Cannot wait for this episode! Been wanting him to come back and have more scenes!!”

Fans last saw Agent Sawyer back in season 19, in which he clashed with Torres during an undercover mission.

Agent Sawyer makes a comeback in the upcoming episode

Following Zane’s introduction to the show back in season 18, viewers called for the actor to be made a series regular. One person wrote on Twitter: “NCIS needs to make Zane Holtz a series regular,” while another added: “Petition to keep Zane on regularly please and thank you.”

So, what can fans expect from the upcoming episode? The official synopsis reads: “When an old pal of Torres’ comes to him – disheveled and bloodied – for guidance amidst an undercover FBI operation and then disappears, NCIS helps track him down. Also, McGee prepares to be a contestant on a popular game show.”

In a preview for the episode, Torres and fellow agent Jessica Knight are called to the scene of a car fire. At the centre of the investigation is an FBI agent, who was shot to death before being burned. 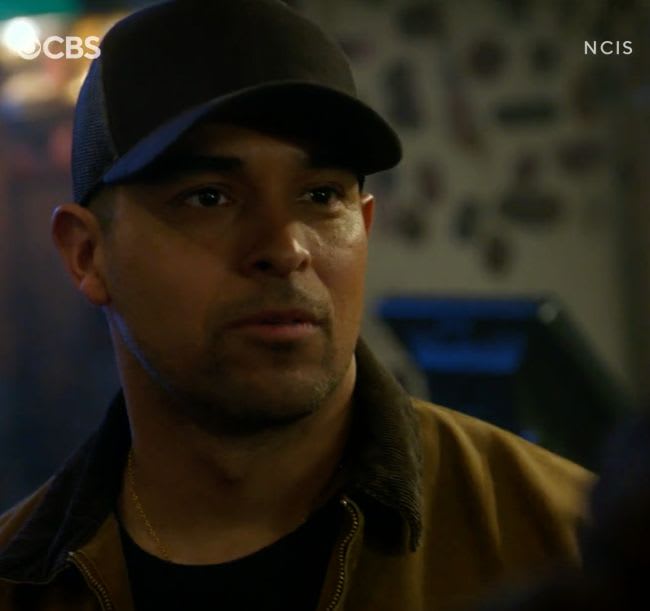 Torres then tells his fellow team members that he’ll go undercover, to which a concerned Alden Parker responds: “It’s too dangerous”.

Torres replies: “It’s gotta be me.”

‘RHONJ’ Preview: Dolores Catania Shares The News Of Her Split From David With Her Family