For more on Game on Thrones Season 8, Episode 4, check out how this episode’s deaths and events mean Dany is now losing the Game of Thrones, our reviews for “The Last of the Starks” and “The Long Night,” check out all the official photos from Season 8 so far, find out what George RR Martin had to say about the upcoming spinoff shows, who has the best odds of ending up on the throne, and what Jon yelled during the Battle of Winterfell.

Our original report follow with NEW PHOTOS from Season 8, Episode 4, “The Last of the Starks!”

The Night King might be dead, but all eyes are on Cersei Lannister as the final threat for the safety of the Seven Kingdoms (for now). HBO has released the first batch of photos for Season 8, episode 4 (the title still hasn’t been officially revealed), but we do know how long this Game of Thrones episode is: 1 hour and 18 minutes.

These new images are about as spoiler-free as they come, and match up pretty closely with what was teased in the promo for epiosde 4 (which you can watch above). Check out all the new Season 8 images below, and also check out our Episode 4 trailer breakdown: 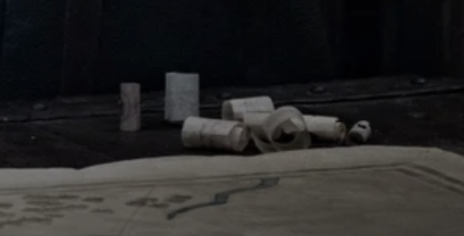 Hear our theories of what happens in Game of Thrones’ next episode below:

None of these images give a sense of just how much time will pass in this episode, though we do see Euron’s fleet hitting the high seas, making us wonder if he’ll be taking the fight to Dragonstone (if Daenerys leaves Winterfell, as the promo video suggests). Dragonstone seems to be the likeliest location for the Dragon Queen to set up her battle plan, but with three 80-minute episodes to go in Game of Thrones’ final season, it’s anyone’s guess how this thing will shake out.

Terri Schwartz is Editor-in-Chief of Entertainment at IGN. Talk to her on Twitter at @Terri_Schwartz.

Where is Curtis on House of Payne?