Nicole Kidman and Javier Bardem are slipping into character. The pair were nearly unrecognizable as they filmed a scene in Los Angeles last week for their upcoming movie, Being the Ricardos.

Kidman plays Lucille Ball in the movie, while Bardem stars as her husband, Desi Arnaz — and the two certainly looked the part. The 53-year-old Big Little Lies star took it back to the ’50s in a retro ensemble that included yellow slacks, a checkered coat and a scarf around her head. Bardem, 52, was a little more dressed up, wearing a suit with a green jacket.

The pair looked completely at ease on set, with Kidman seemingly cracking a joke to the amusement of her co-star. 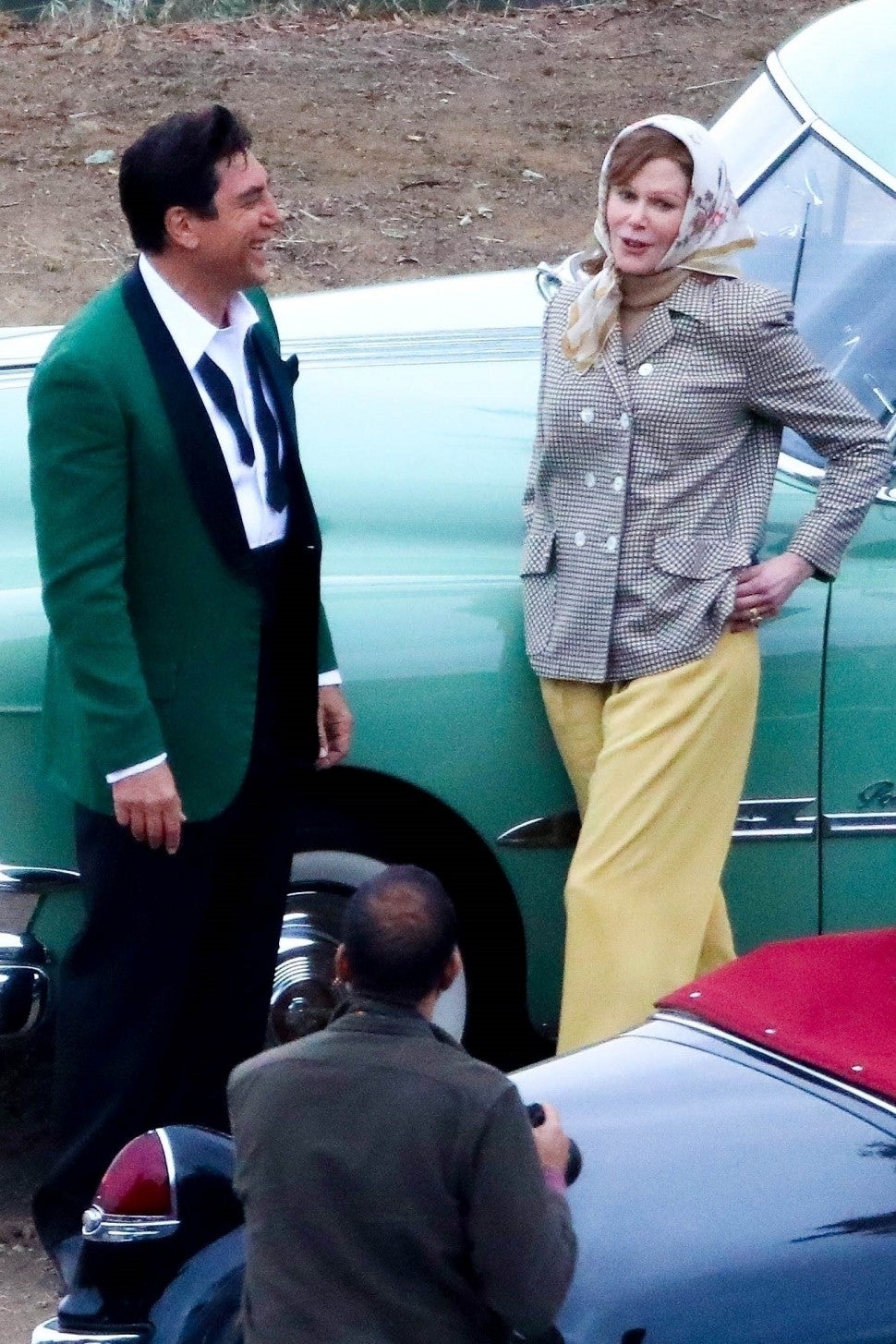 Kidman’s casting in the Aaron Sorkin-directed movie raised eyebrows as other actresses campaigned for the part — but Ball and Arnaz’s daughter, Lucie Arnaz, had full confidence she was the right choice.

And in a recent interview with ET, Sorkin teased Kidman and Bardem were “going to be fantastic.”

“I think that the people thought that we’ve cast them as Lucy and Ricky Ricardo,” he said. “The film takes place during a production week of I Love Lucy — a Monday table read to Friday audience taping, with a whole bunch of long flashbacks which are telling the story that got us here — and because there’s a table read, there’s rehearsals and then there’s tape night, we do see moments of them being Lucy and Ricky Ricardo.”

“We see moments from an episode of I Love Lucy. But mostly they are playing Desi Arnaz and Lucille Ball. And they’re going to be fantastic,” Sorkin added. “These are two of the greatest actors ever.”

Kidman, meanwhile, told Variety she had been studying Ball’s work in order to get her portrayal right.

“I love Lucille, having looked now and delved into her,” she said. “She’s an amazing woman,” Kidman added. “I’m very excited for people to see what Aaron found out about her and the way he’s interpreted Desi and Lucy and the way that it’s so rich. I didn’t know any of this.”

See more in the video below.

Kate Middleton Loves Wearing This One Accessory Over and Over Again

What happened to flight MH370, when did the Malaysia Airlines plane vanish and what's the latest news on the search?