Home » TV & Movies » Nomadland: Everything We Know So Far

Many movie theaters remain closed, as the coronavirus pandemic trudges on, but that hasn’t stopped some films from generating major buzz. One such gem is Chloé Zhao’s Nomadland, starring Frances McDormand, which recently took home prizes at the Venice and Toronto International Film Festivals.

Here’s everything we know about the anticipated film so far.

It will debut in Hulu and in theaters.

Zhao’s latest feature will arrive to select IMAX theaters on January 29, followed by a wide-release in theaters and on Hulu on February 19, according to Variety.

Nomadland revisits the aftermath of the 2008 financial crisis.

Nomadland focuses on Fern (McDormand), a 60-something widow who begins a nomadic life after the Great Recession and embarks on a road trip in her van. Based on the aftermath of the 2008 financial crisis, the film explores the circumstances that led people to live in their vehicles and travel the country looking for work during their retirement. The BBC called the movie “an illuminating, tough-minded portrait of older Americans displaced by society.”

The film is based on a nonfiction book.

It’s adapted from the book Nomadland: Surviving America in the Twenty-First Century by Jessica Bruder. The nonfiction title explores the changing face of retirement following the Great Recession, which saw a generation of older workers start living in their vehicles and looking for work on the road. 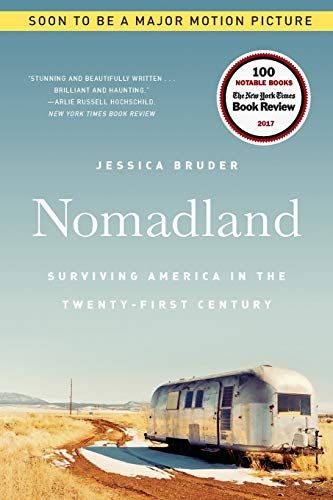 The movie stars, and is made by, women.

McDormand’s performance in Nomadland is already earning praise from critics across various outlets. The actress is also one of the producers behind the film.

Nomadland is written and directed by Chinese filmmaker Chloé Zhao, who is helming Marvel’s The Eternals, which stars Angelina Jolie and Kit Harington.

Having taken home the Golden Lion in Venice, Nomadland won the People’s Choice Award at TIFF, per USA Today. The triumph further fuels speculation that the film might be a Best Picture nominee at the Oscars, and McDormand might find herself in the running for another Academy Award.

Karen Danczuk is branded a ‘hypocrite’ after she slams nude don