It must be pretty infuriating for an actor to still be recognised for a role 14 years after leaving it.

Despite roles in Celebrity Fame Academy, Celebrity Big Brother and those Daz adverts, Sean is still best known as hapless Barry, who was killed off from the BBC soap in 2004 after being pushed off a cliff by wife Janine. 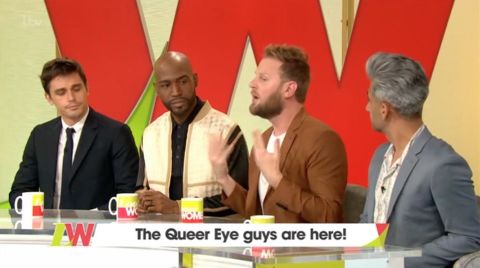 Desperate to shake off the typecast, the 41-year-old underwent a makeover on Loose Women by the lovely chaps from Queer Eye.

Walking out onto the set, newlywed Shaun looked delighted as he showed off his trendy new outfit and voluminous hair.

Discussing the changes made, they said: “We made sure his hair didn’t look like Barry’s.

“He looked much older than he was and I don’t think Barry would ever have worn this. You look 20lbs lighter, you look younger.” 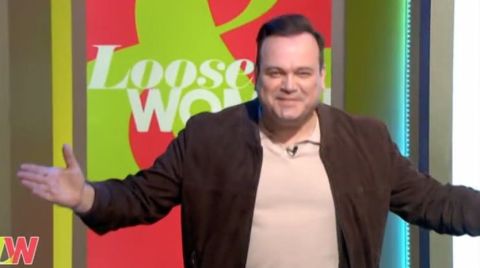 Karamo Brown added: “He said he never tried because he was used to people calling him Barry. He can be the star of his own life.”

In a message directly to Shaun, he added: “Separate work from life. You are not Barry, you are Shaun.”

Queer Eye is a Netflix reboot of the series Queer Eye for the Straight Guy that ran until 2007.

It features the Fab Five, a team of experts that aim to overhaul people’s lives and make a difference to individuals.

Netflix recently announced there would be a second season of the popular show, and viewers only have to wait until June 15.

Season one of Queer Eye is available to stream on Netflix now. Season two hits Netflix on June 15.

Carrie Preston: What’s in My Bag?