There are several moments throughout Showtime’s four-part docuseries on music producer Phil Spector that could frustrate audience members — and they all revolve around how we talk about Spector. In case you need a refresher: Phil Spector is an integral element in the creation of pop music. His “Wall of Sound” method of production resulted in some of the biggest hits of the ’50s and ’60s, including The Righteous Brothers’ “You’ve Lost That Loving Feeling.” Spector also was convicted of murdering actress Lana Clarkson and was serving 19 years to life in prison before his death from COVID in 2021.

So on the one hand, musical genius. On the other, murderer. Where do the two halves meet? Can they ever? It’s a trend we’ve seen explored in documentaries like 2019’s “Leaving Neverland” and W. Kamau Bell’s “We Need to Talk About Cosby” earlier this year. In fact, Bell’s doc is particularly focused on how audiences, specifically Black audiences, engage with Cosby’s work in the wake of decades of alleged abuse and assault. But Showtime’s “Spector” doc feels different. There’s a tone that feels less like what Bell espoused and more like “but the music’s still good.”

Editor’s Note: Spoilers for “Spector” will be discussed.

It’s a tricky thread to needle even as a consumer, especially as it seems like every few months a man in Hollywood is alleged to have done something bad, and thus we have to decide whether to consume their work or not. But in the wake of Netflix’s true crime explosion and networks like TLC and ID becoming crime central, there’s been a recent twist of letting the accused tell their stories and leaving the viewer to decide where they sit. But in the case of “Spector,” directors Don Argott and Sheena M. Joyce try to avoid sticky moral conundrums by telling Spector’s story alongside that of Clarkson’s. In this case, we see a musical impresario refusing to play nice (and allegedly routinely holding women captive) next to a bright-eyed young woman who dreamed of leading her own career.

Even with all the musical power Spector held, that balance never feels equal. It’s hard to see Spector as any sort of genius, or even as a troubled man, once Clarkson’s friends and family start talking about her. As the doc shows, Spector’s prosecutors demonized Clarkson as a failed actress and a hack, the playbook for most celebrity trials between men and women. But at the end of the day, “Spector” isn’t about Lana Clarkson, telling us that she’s only really significant because of the man who took her life. 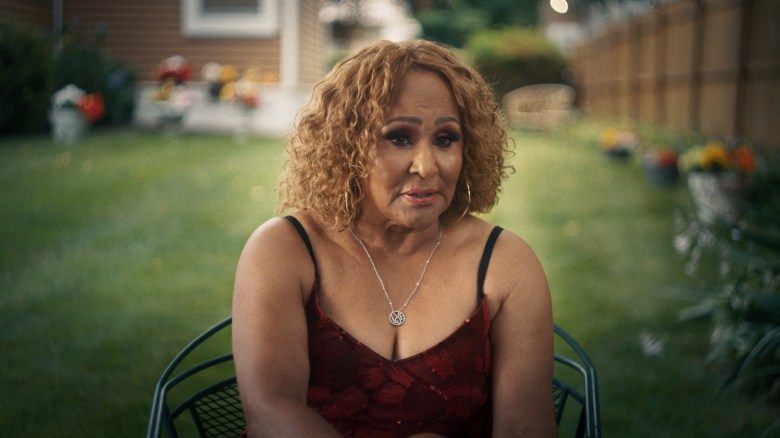 The doc feels more like a Hollywood redemption tour for Spector’s memory, and it does that in ways that come off as intentionally omitting facts. Court testimony of the numerous women who interacted with Spector is played. While footage shows them discussing being held hostage by Spector with a gun — similar to the theory of how Clarkson met her own demise — it fails to mention that one of the women accused him of trying to rape her at gunpoint. It also omits much about the violence his first wife, acclaimed singer Ronnie Spector, mentioned in her life as well as the accusations of abuse from his three adopted children. It’s hard to know all that and wonder if the filmmakers decided certain things were a bridge too far.

Towards the end of the series, one of the journalists who interviewed Spector asks a question: “Will he be remembered for ‘You’ve Lost That Loving Feeling’ and ‘Be My Baby’? Or will he be remembered for Lana Clarkson?” I’d say the question is, “Should he be remembered for the music?” As we’ve seen in the news and on social media, where women are often criticized and lambasted when they accuse a powerful man of something, it’s hard to still hear rationalizations like this when a woman literally died. Later, a woman with whom Spector worked early in his career says, “He was brilliant and he was not what he became. It’s so strange.” It’s ironic considering there seems to be plenty of evidence that this was who Spector was, exhibiting a strain of misogyny that we still see play out today.

But what takes the cake is the final lines of the documentary, given to Spector’s daughter Nicole. “He brought music from heaven into our world. I think we should have fun with it. I think we should fall in love with it, and I hope it will evolve into something lighter and more magical again….to know him is to love him.” After watching four episodes of a documentary in which we heard about a woman’s teeth being blown out of her head and a string of violence against women, the final words are “to know him is to love him.” And the documentary does little to reconcile that.

It’s been said numerous times on social media that we, as a culture, need to reconcile with the fact that rape culture is alive and well, and documentaries like “Spector” are part of the problem. If the goal is to examine Spector’s legacy, and one of the last things he did was murder a woman, that’s the legacy too. And if the desire is to uplift the victim and make her life matter, maybe don’t end your story with a declaration of love for a murderer.

Hospitals could run out of oxygen in ‘hours not days’ as coronavirus spreads, intensive care specialist warns – The Sun

Box Office: Shang-Chi Set to Lead for Third Weekend as Free Guy Climbs Up to No. 2