As the highest-grossing media franchise of all time, Star Trek’s millions of fans erupted with praise when Anson Mount made his debut as Captain Christopher Pike. The actor recently opened up about landing the role and the unforgettable feeling which came with it.

Anson Mount made his debut as Captain Christopher Pike on the show’s spin-off Star Trek: Discovery.

Including the Kelvin Timeline, which was dubbed the “Alternate Universe Trek”, Mount is the fourth actor to play the role.

The character first made its appearance in 1965 with Jeffrey Hunter’s portrayal, which was then reprised by Sean Kenney the following year, before Bruce Greenwood’s 2009 takeover.

However, unlike the others, Mount’s Captain Pike struck a chord with fans as they demanded to see more of his portrayal after the character’s exit in Star Trek: Discovery. 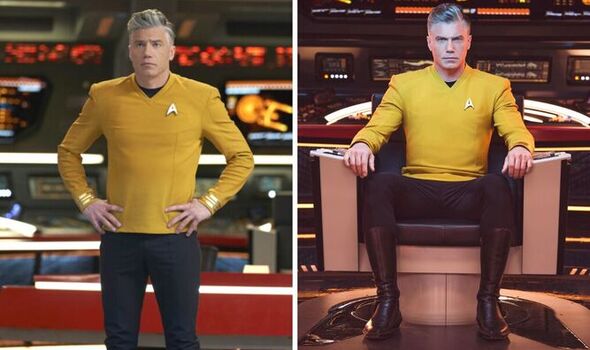 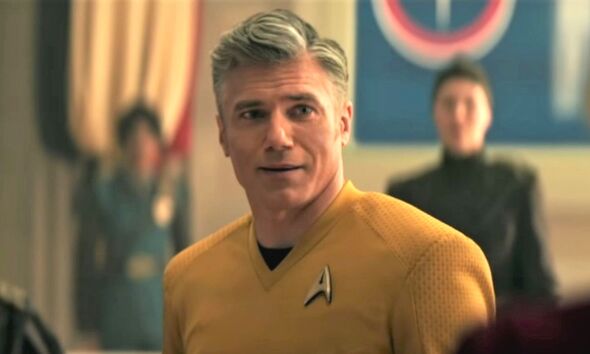 The existence of Star Trek Strange New Worlds was only made possible after an overwhelming amount of fans demanded more of Mount.

This was confirmed by Alex Kurtzman who announced the spin-off was in production in May 2020.

Mount admitted he was floored by the reaction from viewers and their demand to see more of him.

Speaking to Entertainment Weekly he admitted: “It was all kind of mind-boggling to me, to be quite honest. 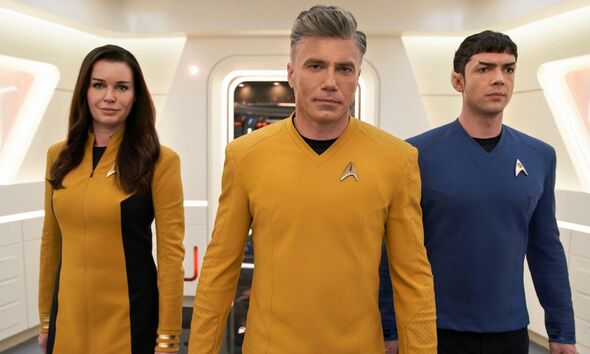 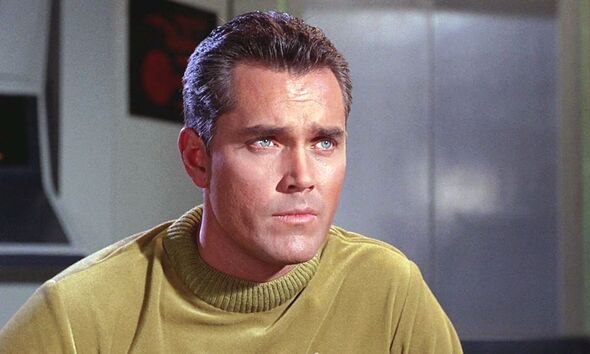 “I’ve never had a reaction like that to anything that I’ve done, and the results of that response have literally changed my life.

“It not only gave me a job during a very difficult time for actors, but it gave me the brevity and the opportunity to have a family, and the courage to have to go forward with having a family.

“Not every actor is in that position,” Mount added, “When you choose to go this path, that is a luxury, not a given.”

With Star Trek Strange New Worlds season two in production, the actor revealed he still gets chills reading the scripts.

In his recent interview with Deadline, Mount also praised the writers for leasing new life in the character by exploring Pike’s background.

The actor shared: “Rarely have I been trusted this much by a group of writers throwing curveballs left and right.

“But really trusting me to do more than what is known to be in my wheelhouse, particularly in the world of comedy.”

He explained: “I’ve gotten scripts from these guys and just got chills reading it, not just because it’s a great speech.

“Because it’s like when you have that Kismet with particularly Kismet when the actor either hears exactly what was in your head when you wrote it, or you can hear the writer hearing your voice as they write it.

“And we got to that place really early on with this show,” Mount concluded.

Throughout the franchise, fans didn’t really know much about Captain Pike despite being an original character, as his story was mainly told out of sequence.

However, with Mount in the picture viewers learned more about his background with his new position as the central character and this is bound to continue in season two.

Star Trek: Strange New Worlds is available on Paramount Plus.

America Ferrera Opens Up About Her 'Super Simple' 2020 Holiday Plans