We knew this day would eventually come, but the finale of StevenUniverse Future aired on March 27, bringing the entire series to aclose. Tears, cheers, and overcome fears were all part of the last episode thattiedup Steven’s journey from a young half-human, half-gem boy to a young adult.

When Cartoon Network first introduced audiences to Rebecca Sugar’s creation back in 2013, early reviews of Steven Universe pegged it as something special. It’s true.

The music, the design, the distinct characters, the warmth, and the lessons made it a series that will continue to resonate with longtime fans as well as new ones. In the time since the inaugural episode aired, millions of kids grew up along with Steven and the Crystal Gems. Do you realize that?

Adults who gravitated to the show – as they did with Adventure Time – have their own personal experiences and memories attached to it. With all its fantasy, heroism, and humor, Steven Universe is still super relatable.

So much emotion is wrapped up in Steven’s end, and fans ofall ages have opinions on what they’ll miss most about the show, their favoritecharacters, why they love Steven Universe so much, and the finale. 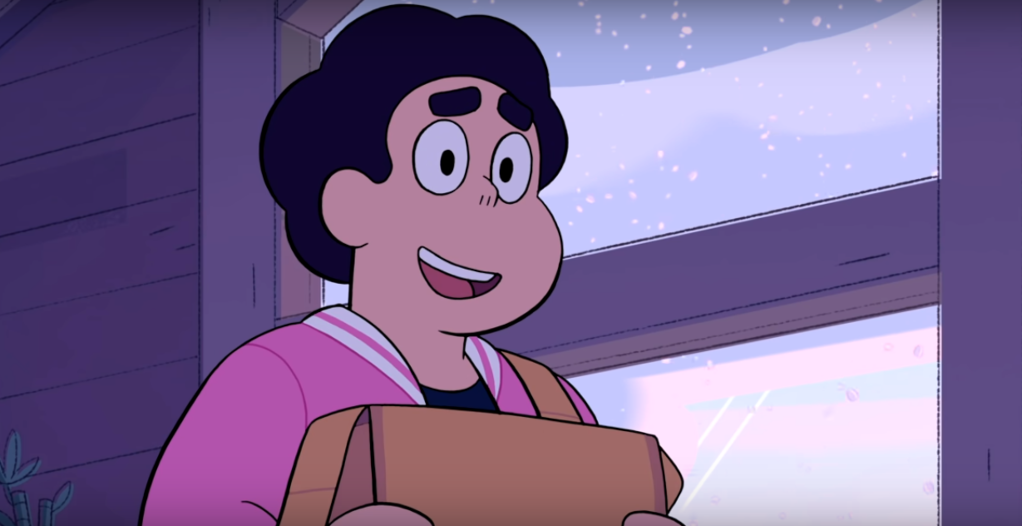 Why the show is important to Rebecca Sugar

We have to take a moment to note that Sugar made history by becomingthe first woman in Cartoon Network’s ranks to helm her own show. She first lenther talents to Adventure Time as an animator and music composer, andlater brought Steven, Beach City, and the Gems to the world.

During an interview with the Washington Post, Sugar spoke about the importance of representation for marginalized groups and how mental health played a role in her storytelling.

From the show’s inception, she wanted to include characters whose race, gender, and sexual orientation were reflective of today’s society and would speak to kids.

Her insistence wound up changing policy at Cartoon Network where such themes are acceptable in children’s programming. The wedding between Ruby and Sapphire was a moment – and relationship – that led to the audience understanding more about LGBTQ unions and Garnet’s origins.

Sugar said, “I’ve been moved to tears at so many cons(conventions) by kids who are there with parents. That’s something so manypeople have been denied for so, so long.”

Sugar told Polygonhow the story incorporated her own experiences as a non-binary person as well asher love for anime.

“We were also inspired by the interpersonal conflict and catharsis in the finale of Ojamajo Doremi. I wanted to tell a story based on my own mental health experience, and inspired by a book I was reading at the time called The Deepest Well, by Dr. Nadine Burke Harris, about healing the effects of childhood trauma. I don’t think it’s a matter of anime tropes complementing or challenging, [but] staying true to our personal stories on the crew.”

The journey is far from over! This is beyond incredible. – Thoughts on the new intro?

We talked to a group of middle-schoolers about their lovefor Steven Universe, and most of them said they’ve been watching theshow since they were little. Now in the double digits age-wise, they’re able toexpress what Steven Universe has meant to them.

Lola said, “I love how Steven acts toward people. He’s alwaysa peacekeeper, and you can tell how much he loves the Gems and they love himback. I also loved how real gems and their meanings were used. The fusions wereawesome!”

Aiden told us, “I’m sad the show’s ending! I’m gonna miss watchingwhat happens to Steven in the next few years. And what will happen to Greg?”

As far as favorite characters, Briana said Garnet is herfavorite because of her attitude and she’s tough, but she likes Amethyst becauseshe’s so chill.

But a major thing that stuck out was several kids agreedthey learned one lesson: using your words.

“I remember when Connie didn’t like the rules in her house,and she finally got the nerve to talk to her mom. After that, her mom relaxedabout the strict rules. She was better,” said Tan.

“Yeah, and Steven did the same thing all the time. He’s nota fighter. He likes to talk things out, even when there’s trouble. He did itwith Spinel, his enemies, and all of his friends,” added Jaden. It’s somethingthe majority of this group feels.

How are adult fans of ‘Steven Universe’ handling the end?

On social media, there’s an outpouring of love and messages flooding Sugar’s Twitter page and Cartoon Network’s accounts. Many are calling the finale “perfect” and saying it came full circle, even with Cookie Cat.

While some fans wouldn’t mind seeing a spinoff or another installment of the series, they’re all appreciative for the ride.

Redditors commented on Steven’s final battle being one within himself, and how he had to learn to accept help and nurturing. He’s typically the source of comfort.

The fact that Steven had a therapist, got to kiss Connie, and drove off for a new adventure made people cry and celebrate. He’s grown into his own.

As Peridot said, “Where am I going to find another Steven asgood as you, huh? I like this one so much.” Same Peridot, same. But like hetold her, “We all should be the Stevens we want to see in the world.” The cryfestseen in the finale episode is something many fans felt too, but it was totallyworth it.