The Hollywood icon turns 72 tomorrow and jetted to the capital during his birthday week to take part in a series of Q&As about his dazzling life and illustrious career. 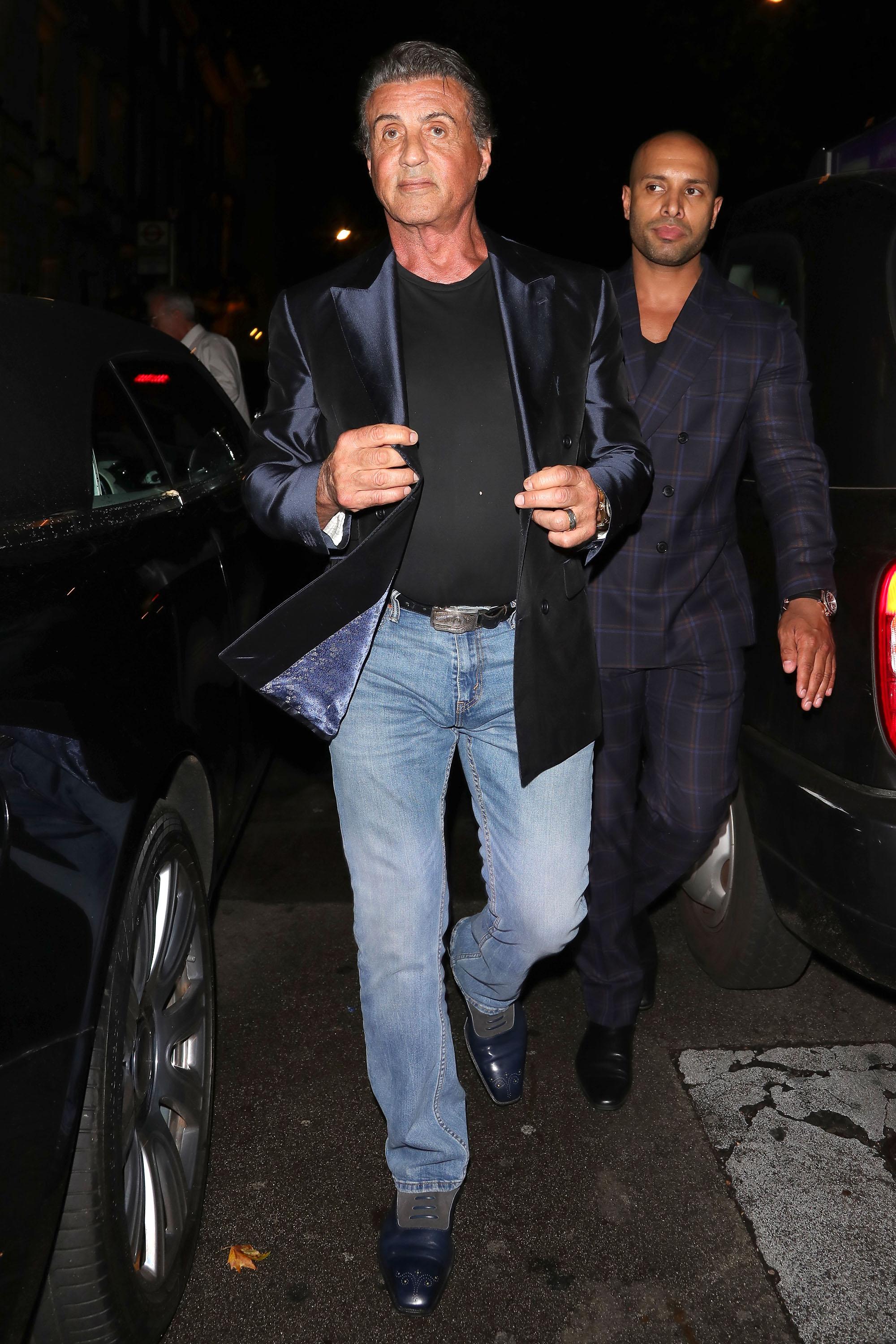 The Creed star treated his daughters Sophia, 21, Sistine, 20 and Scarlett, 16 and model-turned-businesswoman wife Jennifer Flavin, 49, to a fancy dinner at Annabel's restaurant in posh Mayfair.

When he stepped outside, he was spotted looking suitably dapper for the occasion wearing a satin dinner jacket teamed with jeans and matching blue brogues.

Former model Jennifer was a vision in white and blue in a silk cami top and pencil skirt.

The couple's daughter Sistine is a model too and looked equally as chic as her parents. 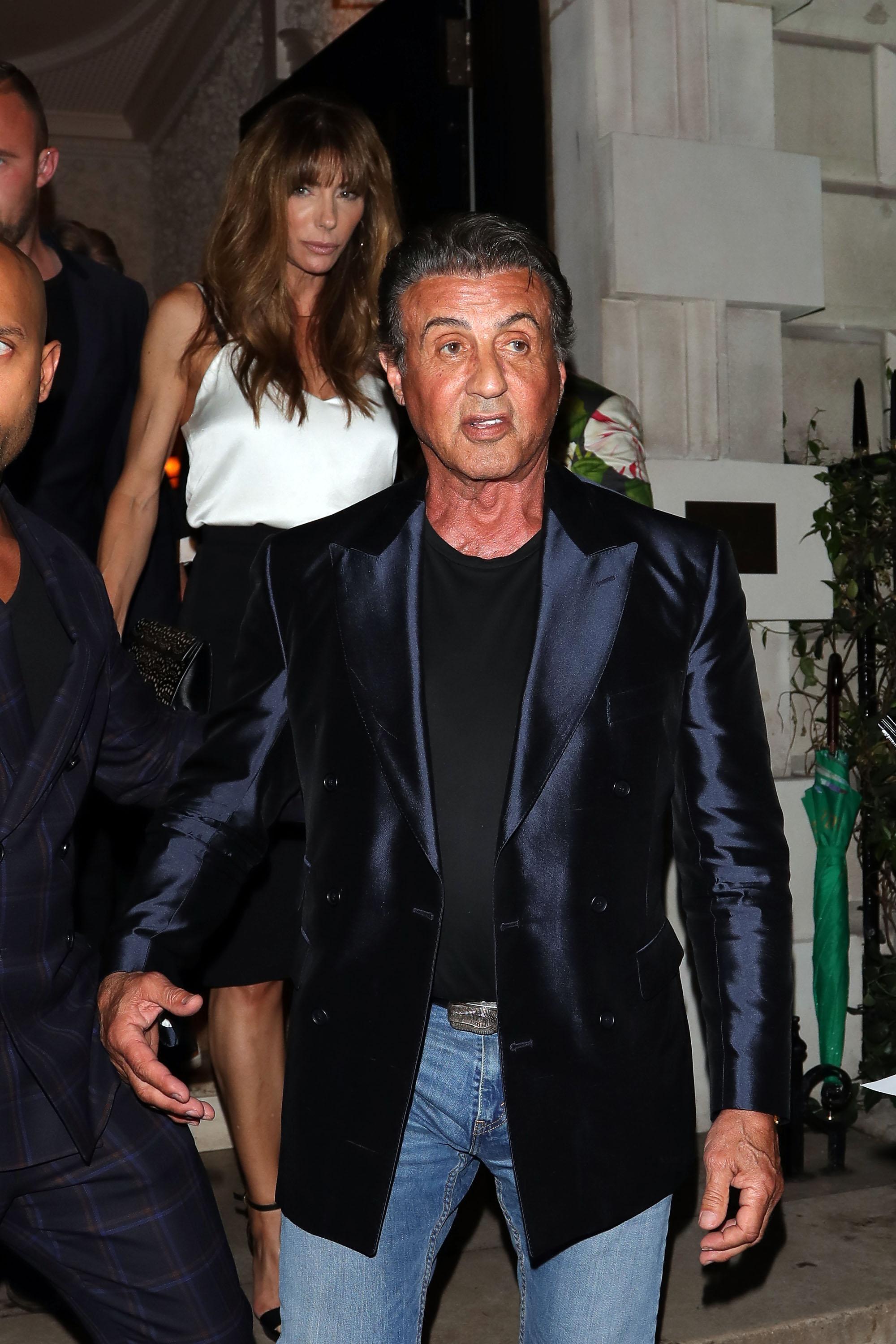 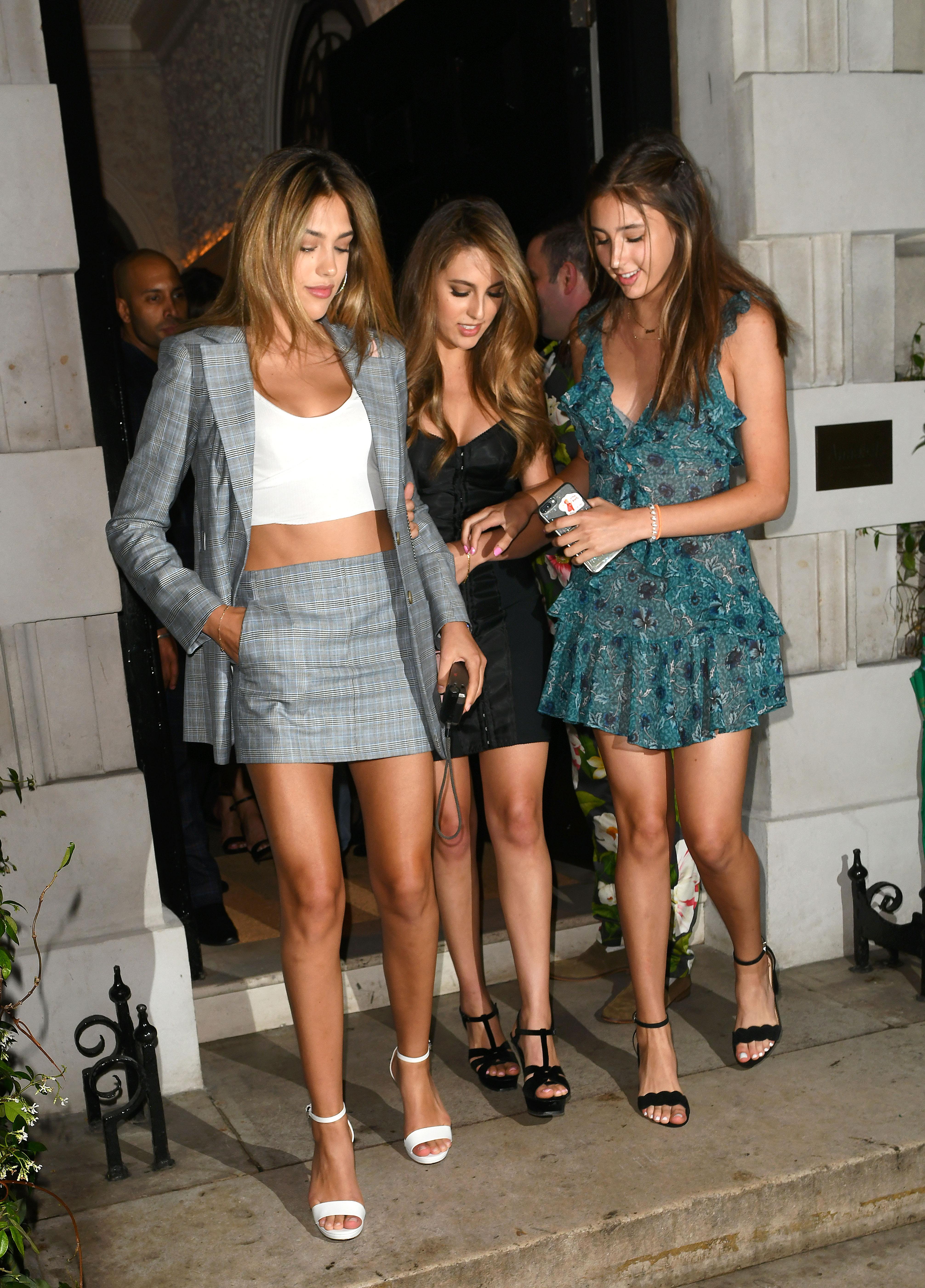 She's signed to IMG models and has appeared in the pages of Teen Vogue, Harper’s Bazaar, and Town & Country.

She guided her younger siblings out of the restaurant as their dad's fans descended on the family and Sly signed autographs.

Their holiday comes after the star was the victim of a death hoax earlier this year. 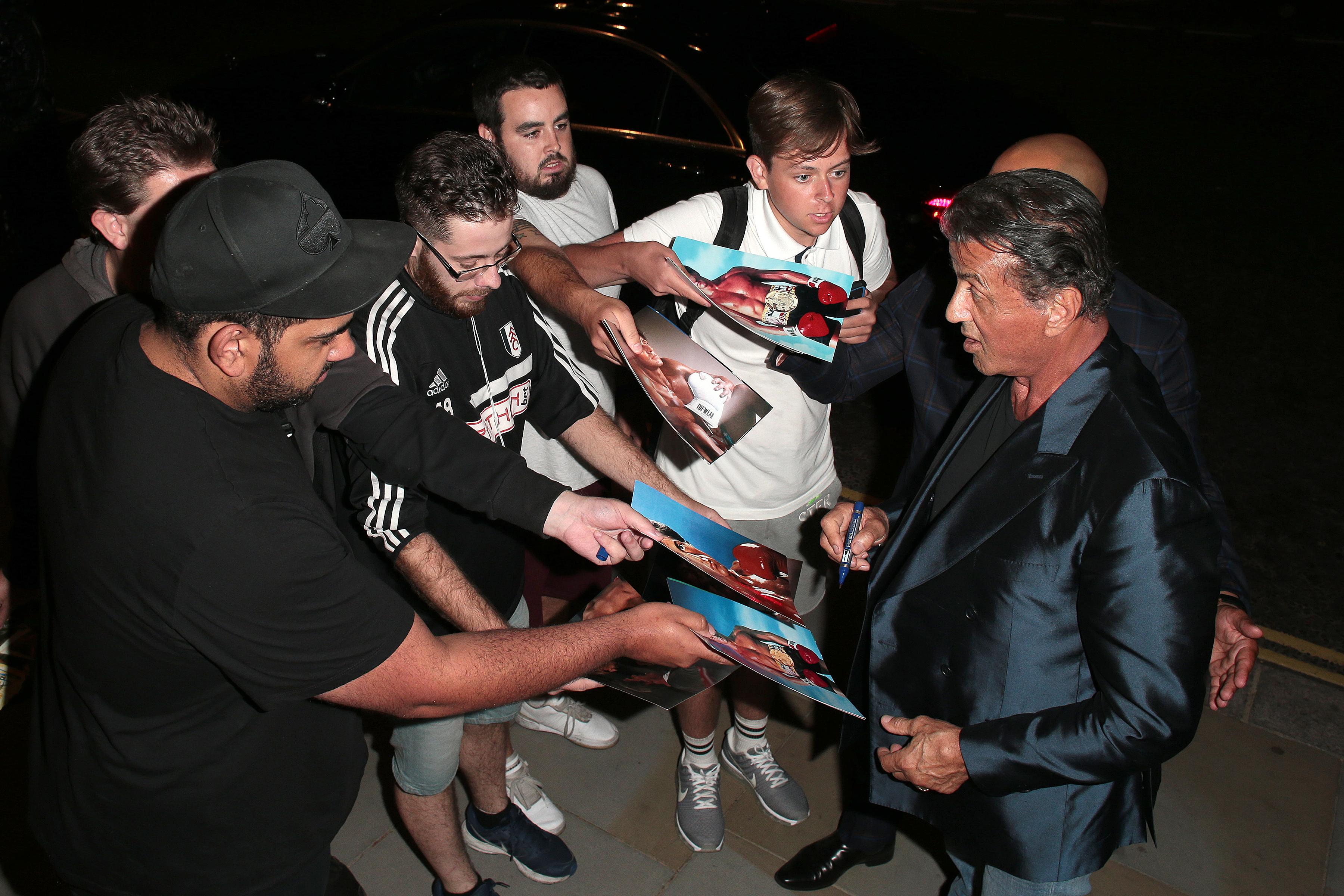 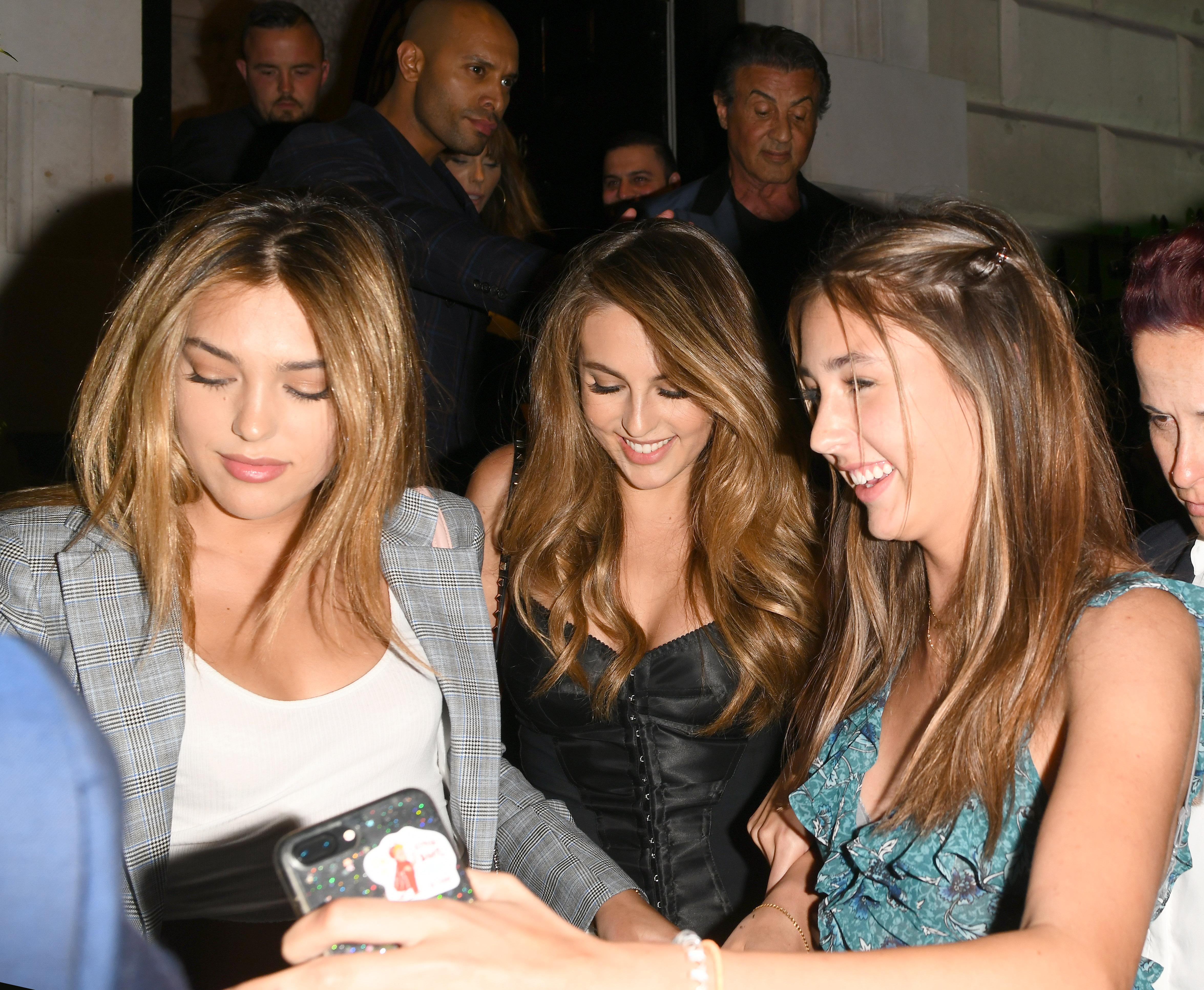 UK fans were no doubt delighted to see him alive and well in London this week after a rumour that Sly was dead swept the internet in January – 18 months after it first surfaced.

Facebook users reported seeing a fraudulent message in September 2016 claiming the actor had been found dead at his LA home.

But the rumour has now returned to social media a year-and-a-half later.

The return of the hoax appears to have been sparked by the release of a poster for Creed II – the next instalment in the Rocky film series.

Stallone himself posted on social media to confirm he was still alive and urged his fans to "ignore" such stupidity. He added: "Remember to always grab LIFE by the throat and do not let go until you succeed."

Robbie Savage talks ‘frightening’ day with Harry Redknapp: ‘It ended with near heartbreak’