Home » TV & Movies » The Pale Horse on BBC: What do the corn dolls mean?

The Pale Horse on BBC One is based on murder mystery writer Agatha Christie’s novel of the same name. In the series a trio of witches are suspected of killing a list of victims. They are believed to have left corn dolls to spark paranoia among the victims – but what do they mean?

What do The Pale Horse corn dolls mean?

WARNING: This article contains spoilers from The Pale Horse

We first see a corn doll left on the car belonging to main character Mark Easterbrook (played by Rufus Sewell).

Mark’s name is somehow written on a list with a number of others and found in the shoe of a dead woman – Jessie Davis (Madeleine Bowyer).

Mark thinks nothing of the corn doll at first and discards it without paying attention.

But the dolls continue to crop up in the show just before someone dies. 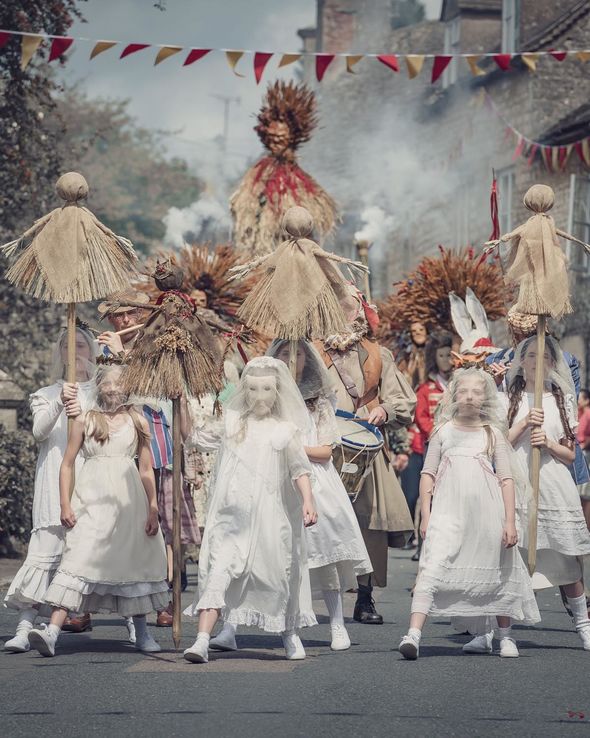 Another man whose name is on the list, Zachariah Osborne (Bertie Carvel) is immediately suspicious of the corn dolls.

He tells Mark they are left as a dark omen, warning them they are the next to die.

The corn dolls are seen in the village of Much Deeping, where the three witches live.

The crop is also used to make the props for the eerie village parade, which seems to be some kind of ritual. 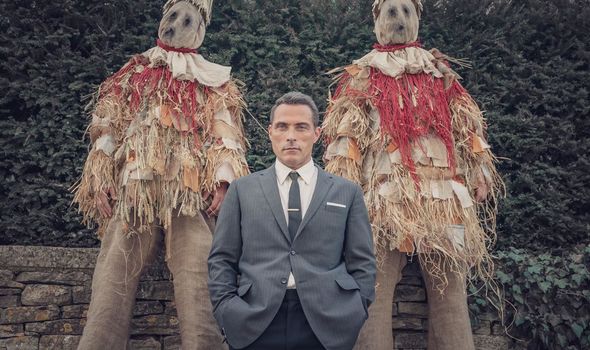 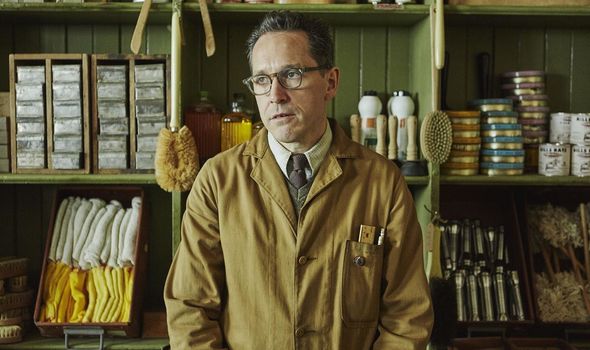 In the series the corn dolls seem to have a dark meaning, acting as a warning.

However, in real life corn dolls have a positive message, and are made to represent fertility.

They are used as a way of blessing crops and promoting a good harvest.

Occult World said: “ The corn dolly is a harvest figure made of either the last or first sheaves of grain.

“It is placed in the fields or used as a charm in fertility rites or as a centerpiece in seasonal celebration.”

According to BBC’s A History of the World, corn dollies just like the ones featured in the series are still used in pagan ceremonies.

The site says: “It is now a decorative art form which reflect superstitious beliefs.

“They are used to thank Mother Earth for the Harvest and also as a symbol of good luck and fertility.

“Examples have been found in tombs in Egypt and the craft is known worldwide.”

Another indicator of imminent death is the fact the victims all start to lose their hair before they die.

At the end of the last episode we see Mark Easterbrook pulling out some of his hair.

He had just driven to Much Deeping to try and investigate the three witches, who live at The Pale Horse pub.

Although he thinks he has not been spotted, the witches notice him from afar.

England 'won't know if Christmas can happen until end of NOVEMBER'