Curtis and Amy agreed to become “half-boyfriend” and “half-girlfriend” in last night’s Love Island episode as they commit to each other, but wait to go to the next level.

They have become the viewers’ favourite couple and a huge reason for that has been because of Curtis’s sweet nature and likability.

This was evident when Tommy complained of back trouble on the ITV2 show and Curtis stepped in to reveal a hidden and handy skill.

Climbing on top of the boxer, Curtis set about relieving all of Tommy’s tension despite Tommy’s initial reservations.

Curtis told Tommy: “I’m not joking Tommy. Deal with it. Breathe through it. In through your nose and out through your mouth.”

Then, Tommy asked the ballroom dancer to go even further and give a deeper pressure massage to remove any trace of tension.

Of course, Curtis complied and Tommy loved it.

He later revealed: “Curtis was giving me a massive back rub in the bedroom. My ass was a bit tense so I asked him, ‘Do you mind massaging the gluteal area and get some knots out my back?’”

What made viewers laugh even more was the message in the mirror that appeared to suit the mood brilliantly. 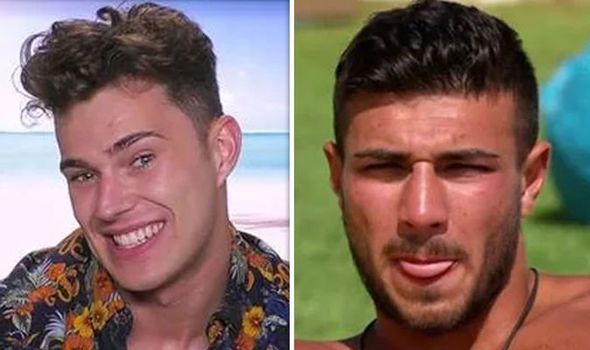 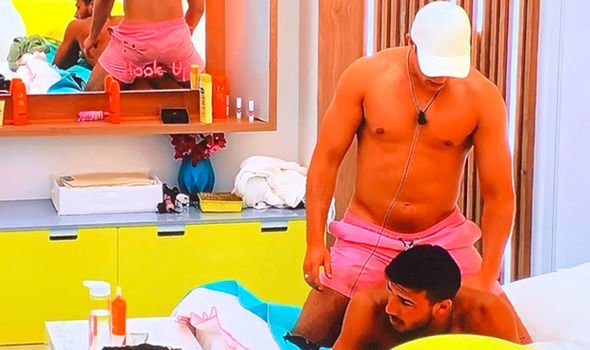 One fan loved the message: “I cannot deal with these two, my fave couple in the villa. The way ‘hook up’ is perfectly placed by their butt cheeks in the mirror.””

Another fan added: “I would like to see them couple up at the next recoupling please.”

A third fan said: “I am here for Curtis and Tommy’s bromance.”

Another loved it: “Curtis straddling Tommy whilst giving him dating advice is KILLING me.”

With Tommy facing huge decisions about his future in the villa, Curtis was helping by sharing gossip on Molly-Mae. 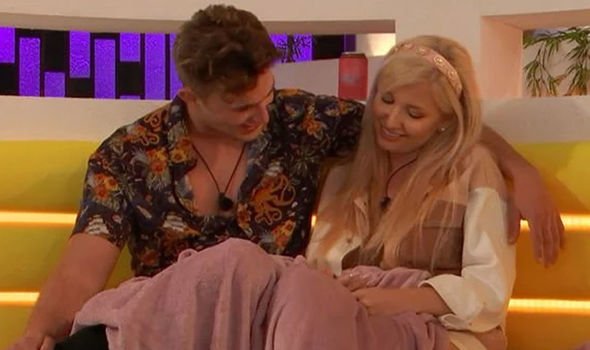 Meanwhile, viewers were also furious as they were left confused as to why Sherif Lanre had left the show.

He agreed to leave the show after what he called “a case of poor judgement”.

Tonight’s edition of Love Island didn’t delve into any details at all, with voiceover, Iain Sterling just stating the previously established facts.

Love Island then moved straight on to show the ins and outs of Joe Garratt and Lucie Donlan’s first date together.

Nothing else was mentioned about his departure.

Horror onboard plane as passengers suddenly bleed from ears and noses