On Monday morning GB News’ Paul Hawkins took to Edinburgh where he spoke to people mourning the Queen’s death. A pensioner shared his concerns about the evolving attitudes, following the death of Queen Elizabeth II.

Ahead of the Queen’s coffin precession, Paul was in Edinburgh where he interviewed those who were outside to mourn the monarch’s death.

One gentleman tearfully remarked: “It’s the end of the world I was born into.”

After Paul asked the pensioner to expand, he added: “Life was completely different then, it’s now gone.”

“Is it gone or has it evolved?” asked Paul. 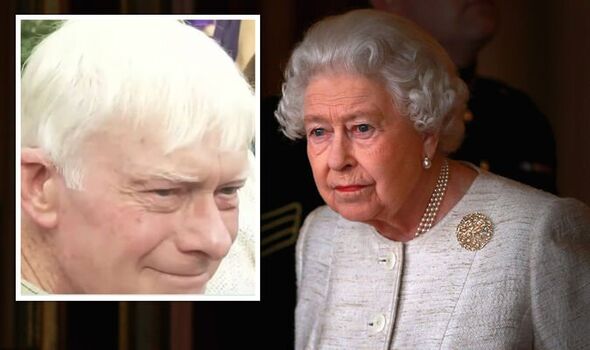 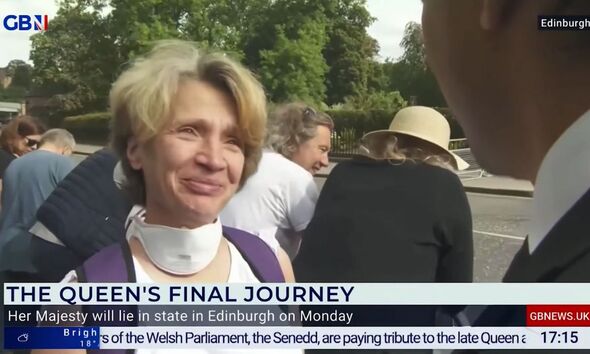 The onlooker answered: “Well it has evolved as people’s views and attitudes are completely different.”

“I’m an extinct creator,” he continued.

Paul also spoke to a woman who fought back tears, speaking through her pain she detailed: “As you can see the emotion. Beautiful country, Britain at its best, I think that’s what the Queen is.”

Paul returned to the cameras where he reflected on his conversation with the pensioner who highlighted the difference in attitudes. 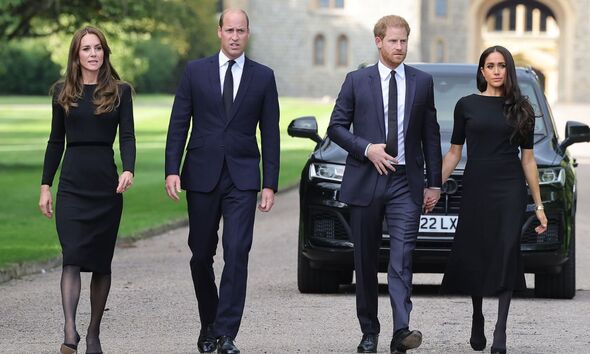 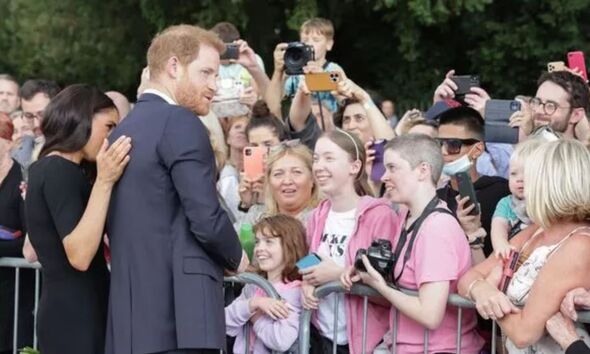 The broadcaster shared: “I think what was really moving there was the man who said it was the end of the world as we know it.

“He must’ve been in his mid-80s, he remembers the death of King George VI.”

Paul continued: “So for various reasons young and old gathered here today, she is now lying in the throne room behind me inside the palace.”

Following a six-hour drive from Balmoral, where Queen Elizabeth II was pronounced dead, her coffin arrived at her official Scottish residence, the Palace of Holyroodhouse.

As the hearse carried the coffin of Queen Elizabeth, Princess Anne and her husband Sir Timothy Laurence followed in the car behind.

Awaiting their arrival were the Queen’s sons Prince Andrew and Prince Edward, alongside Edward’s wife Sophie, Countess of Wessex.

Queen Elizabeth was laid in the throne room until she will be relocated to St Giles Cathedral in Edinburgh.

Since her death was announced on September 8, crowds gathered outside her Scottish residence and the cathedral.

Thousands also paid their respects to the monarch with flowers and letters outside her homes in England including Buckingham Palace and Windsor Castle.

Prince Harry and his wife Meghan Markle joined the new Prince and Princess of Wales, Prince William and Kate Middleton on their royal walkabout.

The family viewed the tremendous display of flowers outside Windsor Castle and read the messages.

Despite their grief, they also took the time to interact with the crowds of people who arrived to pay their respects.