Home » TV & Movies » When is Rings of Power set? Lord of the Rings timeline explained

The Lord of the Rings: The Rings of Power trailer from Amazon

Amazon Prime Video will be dropping the first two episodes of The Lord of the Rings: The Rings of Power tomorrow (September 2) with the rest of the series arriving weekly. The show which was first announced back in 2017 has finally come to screens after much development. However, it’s a very take on Middle Earth with familiar elements as well as new things added into J.R.R. Tolkien’s world.

When is The Rings of Power set?

This is the first time this part of Middle Earth history has been depicted on screens and will chart the rise and falls of many kingdoms across the world.

The official synopsis for The Rings of Power states: “Beginning in a time of relative peace, the series follows an ensemble cast of characters, both familiar and new, as they confront the long-feared re-emergence of evil to Middle-earth.

“From the darkest depths of the Misty Mountains, to the majestic forests of the elf-capital of Lindon, to the breathtaking island kingdom of Númenor, to the furthest reaches of the map, these kingdoms and characters will carve out legacies that live on long after they are gone.” 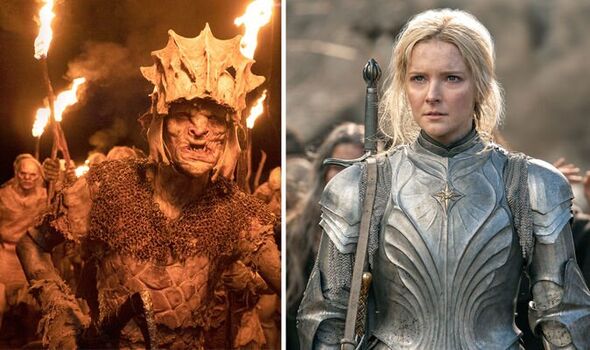 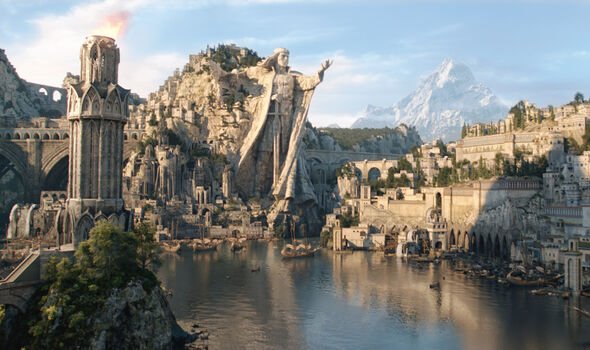 The show serves as a prequel to both The Hobbit and The Lord of the Rings with the first set between 2941 to 2942 in the Third Age (TA) and the latter novels finishing in 3019 TA.

The Rings of Power takes place in the Second Age (SA) of Middle Earth which lasted a total of 3,441 years. It begins with the banishing of the first Dark Lord Morgoth by the Lord of the West and ended with the defeat of Sauron known as the Lord of the Rings.

From the amount of time the SA spans, the show is likely to feature time-jumps to bridge the gaps in this era.

Given the title of the show as well as the trailers, it looks like the rings have already been created by elven smith Celebrimbor (played by Charles Edwards) and others after he was trained by a benevolent figure called Annatar ‘The Lord of Gifts’, who was Sauron in disguise. 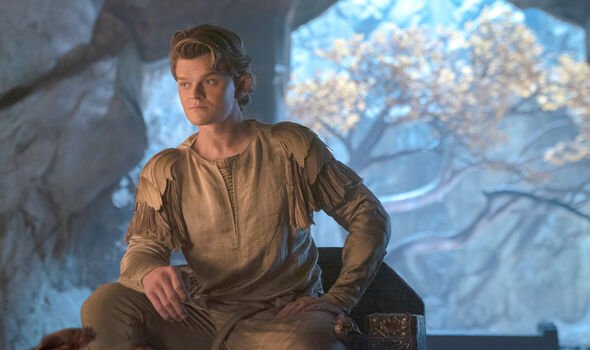 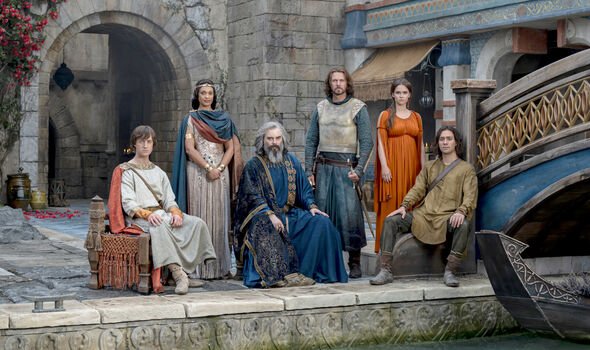 The forging of the 19 rings by the Elves took place in SA 1500 with Sauron then making the One Ring in the fires of Mount Doom separately, which he would use to wield power over all those who wore the other rings.

There were three rings for the Elven-kings, seven for the Dwarf rulers, and nine for the mortal men with Sauron owning the 20th and final ring.

Sauron was the most trusted lieutenant of Morgoth and after his leader was defeated, he sought to become the master of Middle Earth using any means possible.

Given the amount of battle sequences, it appears The Rings of Power could be building up towards the War of the Last Alliance, which took place between SA 3429 and SA 3441.

Heroine Galadriel (Morfydd Clark) senses something is coming with whispers of Sauron inspiring fear among men and children alike.

Other indications about what time The Rings of Power is set include the fact the kingdom of Númenor is still flourishing with its king Ar-Pharazôn (Trystan Gravelle) seated on the throne.

The Fall of Númenor came in S.A. 3319 after the king was forced by Sauron to attack the Underlying Lands and in doing so plunged his kingdom into ruin.

Additionally, this show sees Khazad-dûm and the Mines of Moria thriving with the underground kingdom in the Misty Mountains the seat of power for the dwarves of Middle Earth.

As fans may remember, Frodo Baggins (Elijah Wood) and his companions had to cross through the Mine of the Moria on their journey to destroy the One Ring with wizard Gandalf the Grey (Ian McKellen) sacrificing himself as he took on a Balrog.

In Lord of the Rings, the Mines of Moria was a desolate and abandoned place after the dwarves were exiled from the famed realm.

The Rings of Power follows Galadriel’s quest to defeat Sauron after she becomes aware of his rise and plans to become the Master the Earth.

Presumably, the show’s endpoint will be with the fall of Sauron and the loss of the One Ring with The Hobbit and The Lord of the Rings charting the eventual discovery and destruction of the powerful entity.

Lord of the Rings: The Rings of Power will be premiering on Amazon Prime Video on September 2